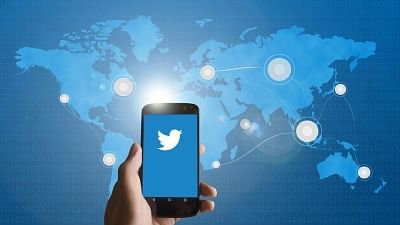 Twitter released its first grievance redress report, under the new Information Technology (IT) Rules, 2021, covering the period between May 25 and June 26.

In the first grievance redress report, under the new Information Technology (IT) Rules, 2021, Twitter has claimed to have taken action on 133 posts for issues like harassment, privacy infringement, among others. The social media platform has also suspended more than 18,000 Twitter accounts for "child sexual exploitation and non-consensual nudity".

The social media firm had been at loggerheads with the Central government over compliance with the new guidelines rolled out in February. The guidelines demanded extra due diligence from social media firms like Facebook and Twitter. Twitter has appointed an interim grievance officer, nodal contact person, and compliance officer, thereby falling in line with the government's new IT Rules.

Besides the recent appointment of designated officers, the American micro-blogging giant told Delhi high court that it had processed 56 grievances that asked for suspension of Twitter accounts. It said that it has resolved the issue and sent appropriate responses.

"We overturned 7 of the account suspensions based on the specifics of the situation, but the other accounts remain suspended," read the report released by Twitter on Sunday, according to Hindustan Times.

The inaugural report covers the period between May 25 and June 26.

After Facebook and Google, Twitter became the third major social media platform to release a report under the new IT Rules. This comes after the Delhi court told the American company that it had lost immunity from prosecution for third party content. Twitter is required to publish a monthly compliance report following Rule 4(1)(d) of the Information Technology (Intermediary Guidelines and Digital Media Ethics Code) Rules, 2021.

The compliance report should include the details of complaints from users via the Indian grievance mechanism and the action taken on them. The report should also include information related to Twitter's proactive monitoring efforts. Twitter has said it will be publishing these reports every month and will consider the feedback received from the government to make improvements.

The report said Twitter has suspended 18,385 accounts for child sexual exploitation and it has also suspended 4,179 accounts for posting content related to the promotion of terrorism. The report also noted that the firm would proactively employ internal proprietary tools and industry hash sharing initiatives to monitor content uploaded on the platform.

Facebook's Compliance With New IT Rule

Before Twitter, Facebook has already removed more than 30 million pieces of content, including posts, profiles, and pages in India between May 15 and June 15, as per their first action in compliance with the new IT Rules. The links taken down had violent and graphic content, contained adult nudity and sexual activity, and suicide and self-injury.

Facebook-owned Instagram also took action on two million links under nine categories between May 15 and June 15, in India. Meanwhile, WhatsApp, another company owned by Facebook, has challenged the IT Rules over the traceability clause.