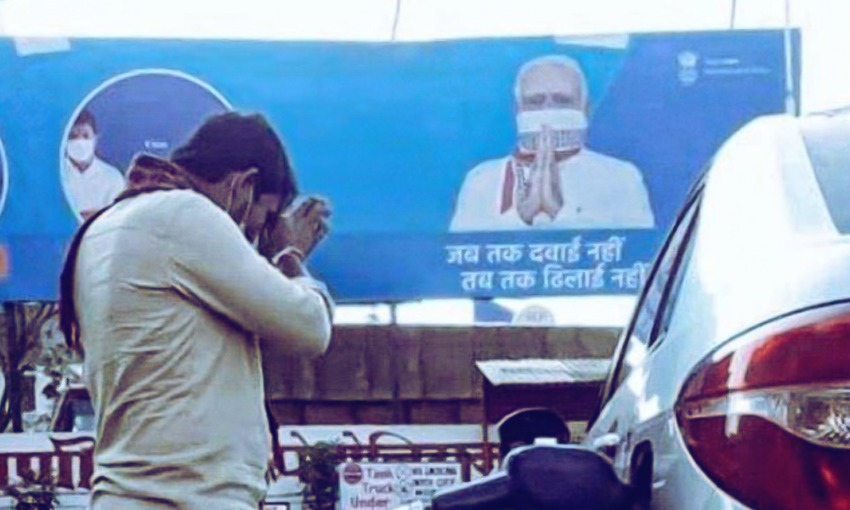 The Model Code of Conduct came into force after the ECI announced poll dates for the states on February 26.

The Election Commission of India (ECI) has ordered all petrol pump dealers and other agencies in the poll-bound states to take off the hoardings with photographs of Prime Minister Narendra Modi publicising central government schemes from their property within 72 hours.

The Trinamool Congress (TMC) team had earlier met the ECI and claimed that the use of Prime Minister Modi's photographs in such hoardings promoting central government schemes violated the poll code.

On the contrary, BJP on Monday had written a letter to the Election Commission of India (ECI) asserting that two West Bengal ministers had promised certain benefits to voters in separate incidents after the model code of conduct (MCC) came into force, and urged the poll panel to block them from contesting polls. The letter was written by BJP Rajya Sabha MP Swapan Dasgupta, senior leaders Pratap Banerjee and Shishir Bajoria.

The ruling Trinamool Congress denied that its leaders violated the MCC and accused the saffron party of trying to influence the ECI.

"Minister Firhad Hakim was seen in a video 'announcing favours for the minority community at a mosque and requested to the gathering present to defeat BJP which he termed as sectarian'," the letter said.

The BJP also professed that video clippings and newspaper reports established "beyond doubt" that money was being distributed by a cooperative bank in Howrah under the direct supervision of a minister, who is the local MLA, on February 27.