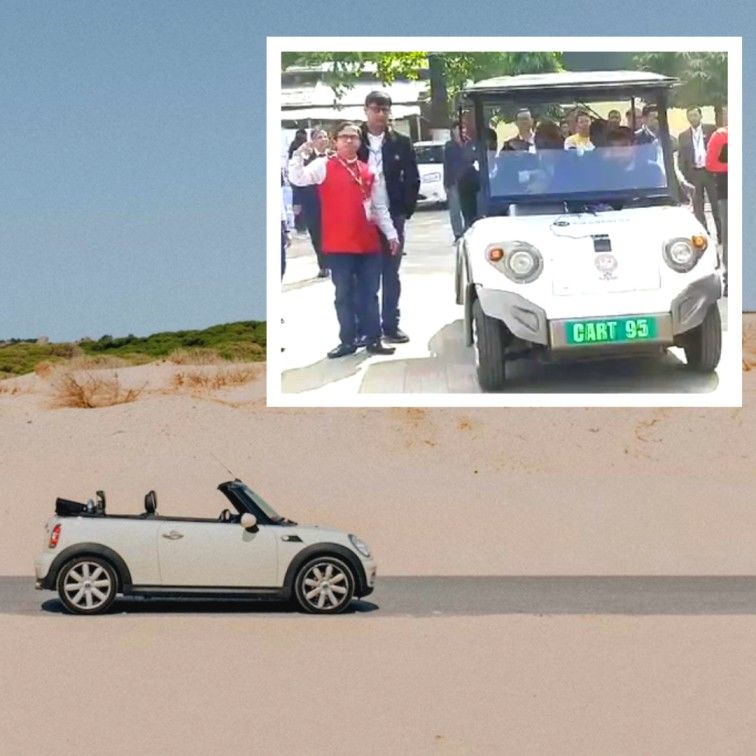 The new innovation of the 19-member team of budding techies from Motilal Nehru National Institute of Technology (MNNIT) can seat a maximum of six people. The car can detect obstacles and quickly respond using a specially designed algorithm.

With the advancement of technology, the automobile industry is witnessing a revolution in the design and development departments. Cars have moved on from using only petrol or diesel as fuel to now being powered by electricity. Contributing to the advancement of this sector, students of Motilal Nehru National Institute of Technology (MNNIT), Prayagraj, have developed a self-driving or driverless car.

The 19-member team of budding techies have named their new innovation "CART-95". The robotics club of MNNIT and the SAE Intercollegiate Club collaborated to create this autonomous car.

About The Car & Its Designing

Seating a maximum of six people, the car can detect obstacles and quickly respond with the equipped motions. To detect the presence of obstructions and implement the braking system, it uses an object detection algorithm like Yolov4. The team redesigned the braking and throttle systems of the cart completely for this purpose, said a student who worked on the project, as reported by Hindustan Times.

Earlier this year, the car was successfully tested by the faculty on the institute campus for phase 1 of the development, officials informed.

The techies received all necessary support from the faculty members while designing and developing the car. They were mentored by associate professor Samir Saraswati and assistant professor Jitendra Narayan Gangwar of the Department of Mechanical Engineering. Moreover, the institute's 1995 'silver jubilee batch' funded the project and also provided assistance for the development of the car.

Yet To Patent The Technology

The car was inaugurated at the renowned institute's campus earlier this week. Ahmad Mazhari, President of Microsoft Asia and an alumnus of MNNIT too, attended the inauguration ceremony where the self-driving car was unveiled to an intrigued audience

Gaurav Sharma, a BTech final year (Mechanical Engineering) student, who was part of the team behind this landmark project, said, "After a month of testing and undertaking small innovations, the prototype has been created by student members of interdisciplinary technical club and teacher mentors."

While former MNNIT director Prof Rajeev Tripathi flagged off the car at the inauguration ceremony, the institute's current director Prof RS Verma acclaimed the students' achievement and stated that the next priority is to get the innovative technology of the car patented sooner than later.