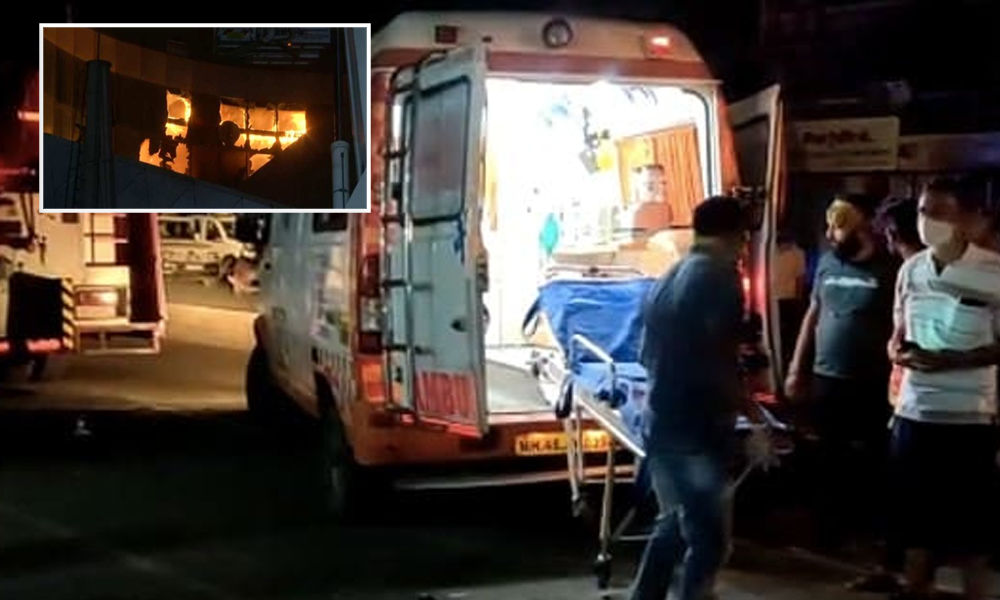 Another Blow For Maharashtra,14 ICU Patients Die In A Fire At Maharashtra Hospital

Maharashtra suffers a double blow from the pandemic and accidents. Prime Minister and other politicians have conveyed their condolences.

Fourteen patients in the ICU died due to a fire that broke out in the Vijay Vallabh Hospital of Maharashtra, located in Virar, about 70 km from the State capital. The fire broke out at 3 am from an AC in the ICU on the Second Floor of the four-storeyed building. According to Dilip Shah, CEO of Vijay Vallabh Hospital, "around 90 patients were admitted to the hospital at the time of the incident."

Avinash Patil, an eyewitness, said, "As I reached the hospital, I saw fire engines outside. The ICU on the second floor was engulfed in smoke. Only two nurses were there, and I couldn't see a doctor," in a conversation with NDTV. In response, Dilip Shah, CEO of the hospital, claimed that doctors were present at the hospital when the fire broke out, thereby denying all the claims that the doctors were not present in the hospital at that time. He also added that the hospital had followed all the fire safety norms.

Heart-wrenching visuals of the patients family members mourning over their deaths are seen. The entire scenario becomes even more chaotic as family members and friends of the patients line up outside the hospital in order to get updates on the patients. This terrible incident comes while Maharashtra is already battling a huge surge in the number of Covid-19 cases. There have been over 67,000 reports of fresh cases since yesterday in Maharashtra alone. This has increased the total caseload of Maharashtra to 40 lakh, making it the worst affected State of India.

Prime Minister Narendra Modi called this incident "tragic" and approved an ex gratia of Rs. 2 lakh each from PMNRF for the family of those who died in the hospital fire & Rs. 50,000 to those seriously injured. Chief Minister Uddhav Thackeray has vowed to investigate the cause of the fire. Rahul Gandhi also called the incident tragic and appealed to the State Govt and Congress workers to provide all necessary assistance. Further, Rajnath Singh and Devendra Fadnavis also conveyed their deep sorrows and condolences to the family and friends of the deceased.

Very recently, as of Wednesday, another such tragedy occurred in Nashik where 24 Covid-19 infected patients died from disruption in oxygen supply for 30 mins due to leakage in oxygen tanker outside a hospital.