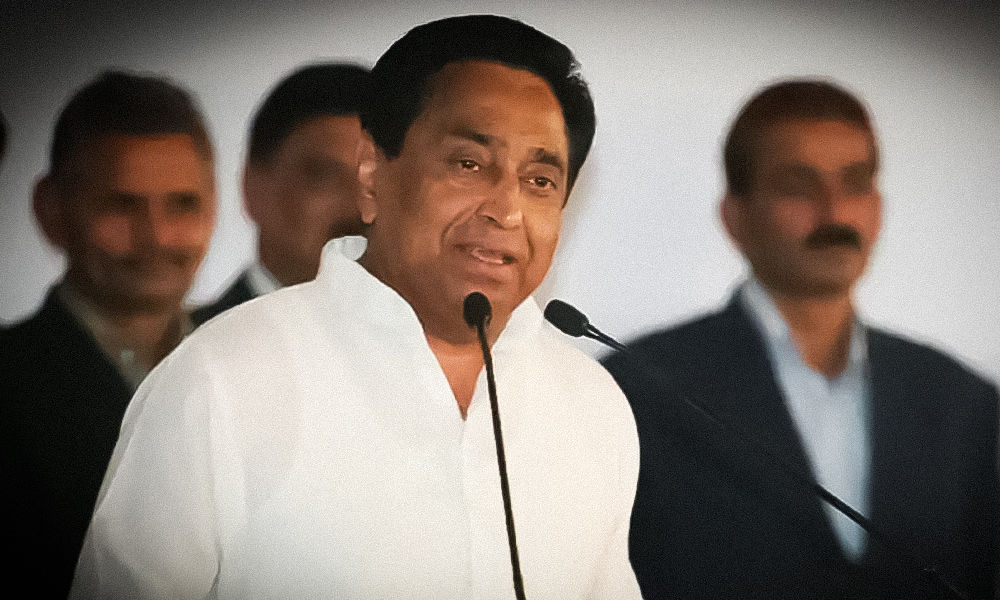 "Why should I take the name (of the opposing candidate)? You all know that person better than me. What an item," Nath said, as the crowd shouted "Imarti Devi".

A clip of former Madhya Pradesh Chief Minister Kamal Nath using the word "item" for a former woman colleague who shifted to the BJP has created a massive row. Addressing a campaign meeting in Dabra, Nath said his party candidate was a "simple person" unlike his opponent who is an "item", referring to Imarti Devi of the BJP.

"Why should I take the name (of the opposing candidate)? You all know that person better than me. What an item," Nath said, as the crowd shouted "Imarti Devi".

Senior Congress leader Shri Kamal Nath not only referred a dalit women candidate as 'an item' but also insulted Mizoram and Tripura as insignificant small States! But still there's no outrage from fake crusaders of feminism on this demeaning statement!! pic.twitter.com/w85uafM7Th

In response to the shocking remark, Madhya Pradesh Chief Minister Shivraj Singh Chouhan took to Twitter to say, "Imarti Devi is the daughter of a poor farmer" who became a public servant after she started off as a village labourer.

By calling a woman an "item", the Congress and its and leadership has revealed its "feudal mindset", Chouhan tweeted.

Imarti Devi also took a dig at Kamal Nath for his remark. "What is my fault if I was born in a poor family? What is my fault if I belong to Dalits? I want to appeal to Sonia Gandhi, who is also a mother, to not keep such people in her party. If such words will be used for women then how can any woman move forward?" she said.

A BJP delegation met Election Commission officials in Bhopal and filed a complaint against Nath for "insulting women and Dalits".

Devi and 21 other MLAs had resigned from the Congress and the state Assembly and joined the BJP in March, bringing down the Kamal Nath government.