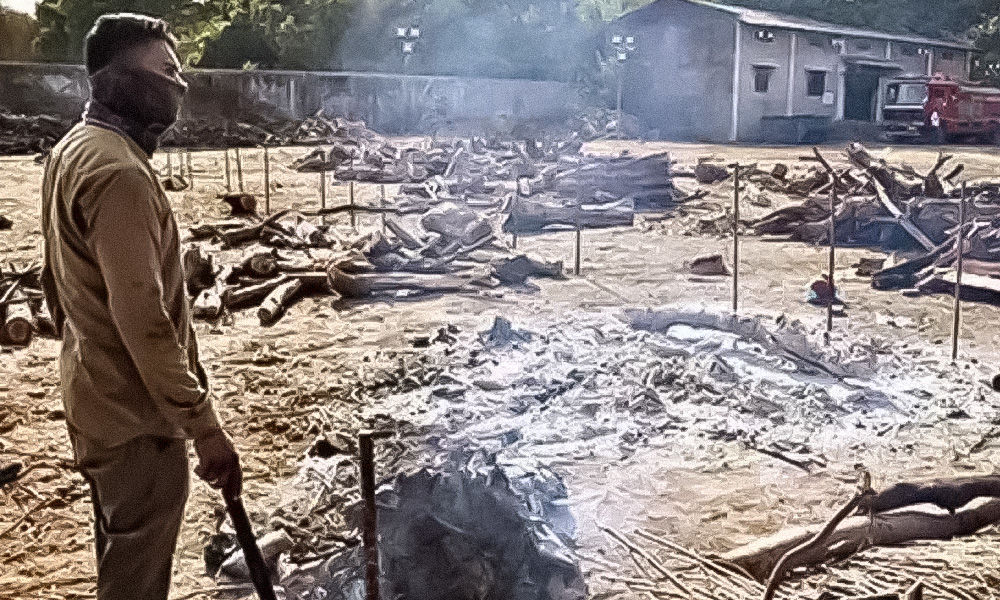 Bulletins released by the municipal corporations of four major cities in Gujarat officially mention nearly 25 deaths every day, however, the actual figures are much higher.

At least five dead bodies were cremated on one makeshift pyre in Gujarat's Surat on Wednesday, April 14. The Surat crematorium has witnessed three such pyres to dispose of the corpses.

With rising fatalities due to the deadly virus, crematoriums in the country are overflowing with dead bodies.

Hospitals across the country claim that the bodies of patients who are dying of COVID are piling up at the mortuary faster than they can be cremated.

The number of bodies at the crematoriums are much higher than the government's official COVID-19 death toll, reported The Times Of India.

Bulletins released by the municipal corporations of four major cities in Gujarat officially mention nearly 25 deaths every day, however, the actual figures are much higher.

In Bharuch, nearly 260 COVID-19 patients have died and cremated since April 7. However, the Bharuch administration puts the official death toll at 36 since the pandemic began.

At Vadodara's Sir Sayajirao General Hospital, the biggest hospital in central Gujarat, at least 180 patients have succumbed to COVID in the last nine days. The number of fatalities at other hospitals is also very alarming.