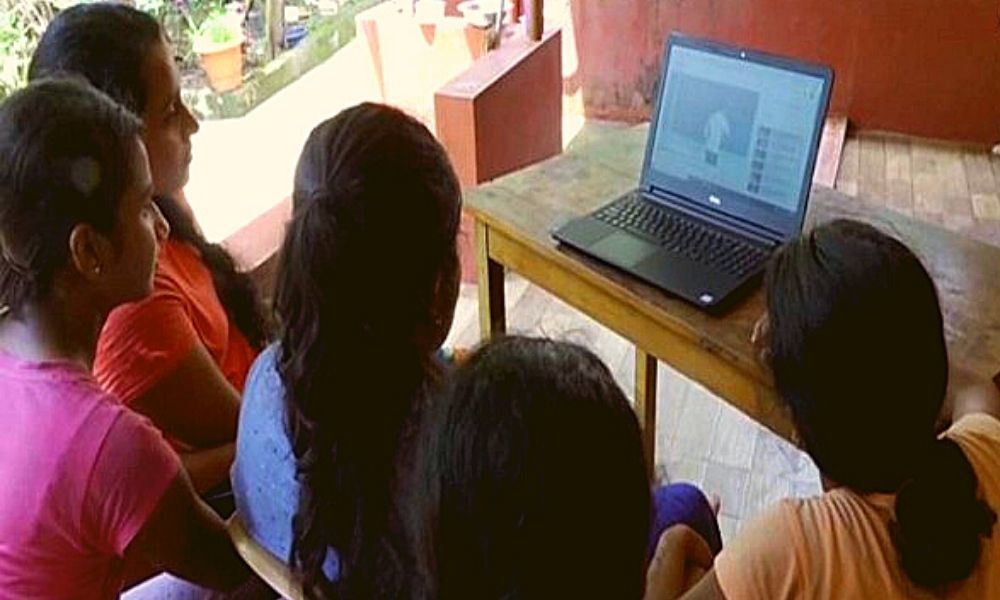 As many as 30 lakh children lack access to digital learning in Karnataka and Jharkhand. In Kerala and Rajasthan, every child has the means for online education.

A preliminary government report shows that over one crore children in Bihar lack access to digital learning devices.

The Ministry of Education's report shows the harsh reality of digital education in the country at a time when learning shifted online due to the pandemic and it has been over a year that students are accessing lessons virtually.

The report was shared with the Parliamentary Standing Committee on Education, Women, Children, Youth, and Sports on Monday, June 21, reported The Print. The data has also pointed out that Jharkhand and Karnataka have over 30 lakh children who do not have access to digital devices for online education.

The derivations have been made out of a preliminary report since many states including Uttar Pradesh, West Bengal, and Delhi are yet to submit the required data.

A massive digital divide exists between the states in India. Contrasting to the vast number of children in Bihar who lack the facility for online learning, in Kerala and Rajasthan, every child has the access to digital devices for learning.

Instead of absolute numbers, some states have submitted the data in percentage population that do not have access to online learning. 70 per cent of children in Madhya Pradesh and Kashmir lack the means for virtual learning. Meanwhile, the number stood at 60 per cent in Maharashtra and 40 per cent in Gujarat.

The report has come at a time when schools all over the country have remained shut for over a year now. Discussion about the feasibility of online learning has been taking place since the early days of the pandemic, and the report suggested that crores of children are missing out on education due to a lack of resources as classrooms have gone virtual.

States like Bihar and Maharashtra have indicated that schools may reopen from July. But most of the states are yet to decide on it. And with the fear of a third COVID wave, schools might remain shut in the near future.

The Ministry has mentioned the goal of addressing the 'Digital Divide'. The head of the parliamentary panel, Vinay Sahasrabuddhe, told The Print that the Ministry had been asked to evaluate the effects of lack of amenities and the learning gap thus created.

With some states yet to release data, the Ministry does not have the exact count of children who are suffering due to the digital divide. But with efforts like 'one class, one channel' and community radio, the government is trying to bridge the gap.