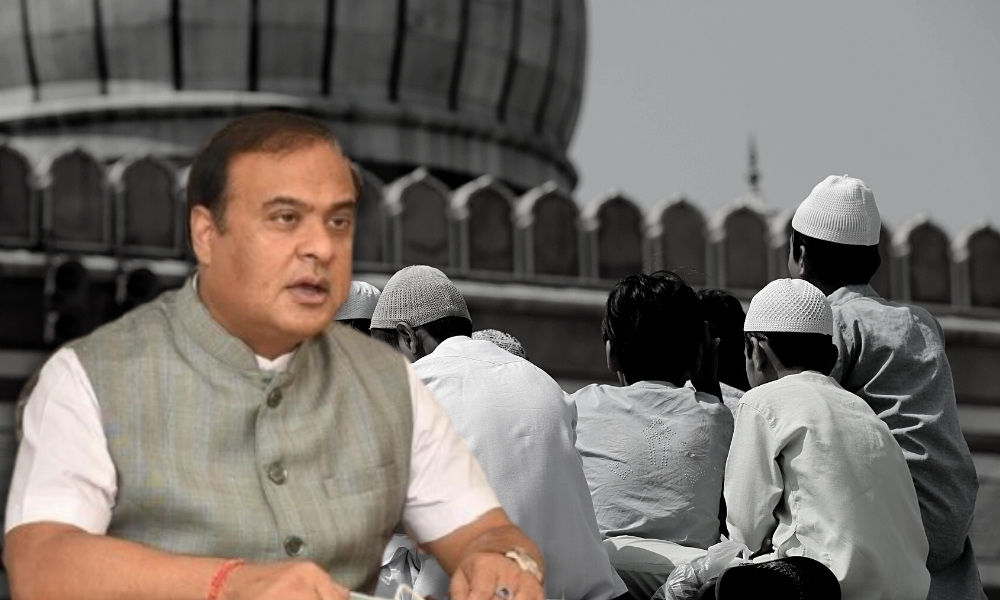 Sarma said he is willing to work with Muslim organizations to educate women on the need for population control, and how would it help to eradicate poverty and other social issues.

The CM's comments came after a series of anti-encroachment drives the government conducted across the state, where the immigrant Muslim community is settled.

He made these remarks during a press conference in Guwahati on Thursday, June 10, in response to the question about the drives, NDTV reported.

The chief minister called the population explosion the key to all social problems and said the day wouldn't be far when sacred lands, including the Kamakhya temple land, will also be infringed upon if it's not controlled.

"Even my house will be (encroached upon)," he added, referring to the state's oldest pilgrim Centre.

Sarma said he is willing to work with Muslim organizations, including Badruddin Ajmal's party AIUDF and the All Assam Minority Students' Union or AAMSU, to educate women on population control and how would it help to eradicate poverty and other social issues.

"With the increase in population, there will be a problem of living space, which in turn will give rise to clashes. It will be too much of an expectation from a democratically elected government to allow people to settle on temple and forest land,' the media quoted him as saying.

So far, the government has cleared 180 bighas of land of the Shiv Temple, 2005 bigha at Kaki Taralangso in Hojai district, Sootea and Karimganj in the last one week.

According to the report, of the total 3.13 crore state populations, Muslim comprises 35 per cent. Among them, only 2 per cent are residents. The rest are Bengali-speaking Muslims who immigrated from Bangladesh, settled in central and lower Assam.

Biswa said that the government had enacted a population policy in the last assembly session, but they want to work with the Muslim community in particular.

"I understand the pressure on the other side. Where will the people stay? If we can control the population, we can solve the problem… if the immigrant Muslims can adopt a decent family planning norm -- this is my appeal to them."

His comments have created a stir among people, especially the Muslim organizations and people's representative, who have condemned the government move of anti-encroachment drives.

AIUDF General secretary and Mancachar MLA Animul Islam called the minister's statement politically motivated to target a particular community. Islam said the community never opposed to government's population policy. The primary reason for the rise in population is poverty and illiteracy, and the government has no concrete plan for the two, Isalm added.