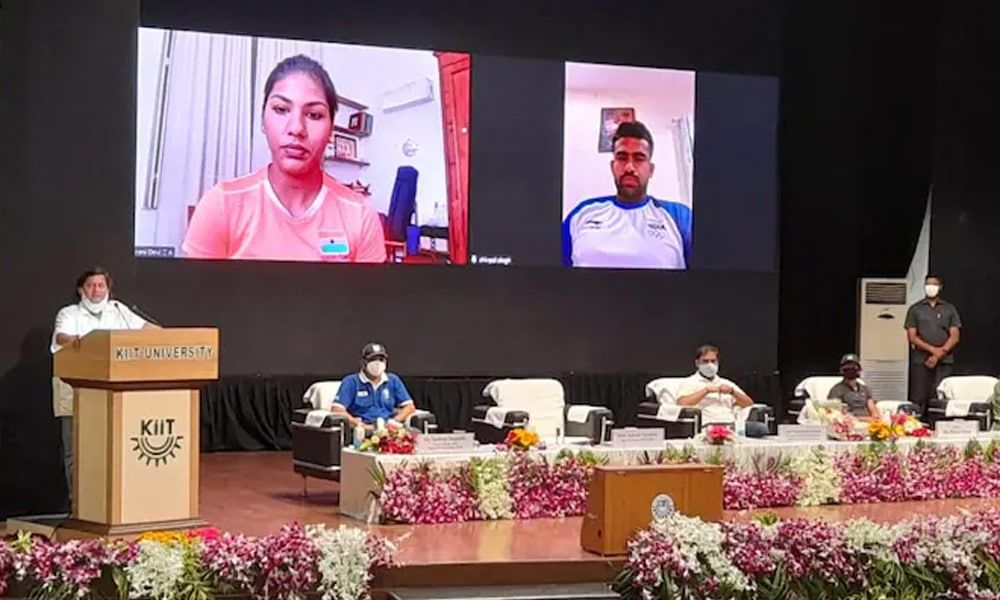 In A First, 3 Athletes From Odisha's KIIT University To Represent India At Tokyo Olympics

CA Bhavani Devi, Dutee Chand, and Shivpal Singh are all students of KIIT who have qualified for the Tokyo Olympics 2020. The university is also sending Dr Sudeep Satpathy as an official sports medicine doctor to the event.

Kalinga Institute of Industrial Technology (KIIT) became the only Indian university to give the country three Olympians this year. CA Bhavani Devi, Dutee Chand, and Shivpal Singh are the three KIITians who have qualified for Tokyo Olympics 2020.

The university is also sending Dr Sudeep Satpathy as an official sports medicine doctor to the event.

Proud to share that @KIITUniversity is the only varsity in India to have 3 of its students making it to Tokyo Olympics. Our students will participate in the 100m & 200m sprint (Athletics) and Fencing (Sabre)@DuteeChand @ShivpalJavelin @IamBhavaniDevi #KIITinOlympics pic.twitter.com/a5OQ2njEyJ

Who Are The Three Olympians?

Shivpal Singh — a first-year BBA student at KIIT — has qualified in Javelin Throw. In a video released on Twitter on June 28, Shivpal had extended gratitude to his university, mentioning that the varsity hosts several other sportspersons who help each other a lot.

Happy and pleased to announce Shivpal Singh, first year BBA student of #KIIT University has qualified for Tokyo 2020 in Javelin Throw. He becomes the second Indian after Neeraj Chopra to qualify for the game in #Olympics from India. pic.twitter.com/SZgifvmTXK

The university has always emphasised promoting sports. In a felicitation ceremony for CA Bhavani in March, Dr Samanta claimed that KIIT and KISS premises have the largest state-of-the-art sports and games infrastructure among all the educational institutions in the world, producing as many as 5,000 talented players so far, as reported by Kalinga TV.

A brainchild of Dr Achyuta Samanta, C R Mishra, and PK Mishra, KIIT was founded in 1992 in Odisha with just two faculty and twelve students. Cut to 2021, and the institute now is home to 2,500 faculty and researchers and over 30,000 students. Ranked 1st among 'Private Higher Education Indian Universities', it is now a leading university, focusing on interdisciplinary culture.

In the past few years, Odisha has made a name for itself in the country's sports sector. Badminton player Pramod Bhagat from the state is a leading contestant in the upcoming Paralympics.

Apart from promoting its sportspersons, the state has successfully hosted several national and international sporting events, like the Hockey World Cup 2018 and the Asian Athletics Championship 2017. Odisha recently made it to the headlines when its State Police Service appointed 39 sportspersons, 30 of whom were women and nine of whom were men.