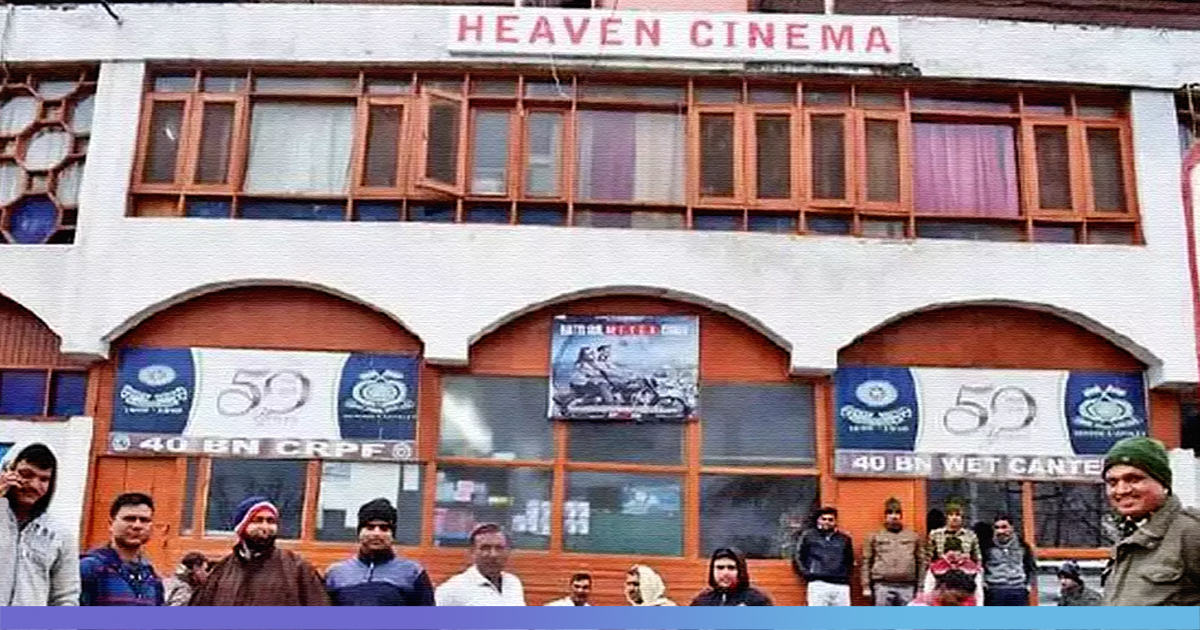 After long 28 years, CRPF (Central Reserve Police Force) on March 6 revived a cinema hall named ‘Heaven’ in Anantnag, Jammu & Kashmir. Originally a commercial property, this building was transformed into a theatre hall in the year 1989 but got destructed badly after a grenade attack in 1991.

While talking to Times of India, Ashu Shukla the commandant of CRPF’s 40 battalion says, “It’s an emotional return for the theatre. Heaven lied in havoc for nearly 29 years. So last year, we went up to Delhi searching for a 70mm screen, speakers, projectors, and after coming back here, we cleaned up the place properly, painted it and made way for lights.”

In the light of the event, Major Gaurav Arya, a retired Army officer, and a journalist specialising in defence and strategic affairs, has also tweeted saying, “Heaven aptly named by the locals to signify the beauty of Kashmir, has a seating capacity for at least 525 people.” According to Zee News, “Kashmiri locals have always been fond of Hindi movies. They even celebrated the silver jubilee of the film Sholay at Khayam cinema hall.”

So the security personnel’s decision of re-opening the cinema hall has made the residents of Anantnag very happy. And for the time being, the ticket has also been kept free for the citizens.

In the year 1980, there were more than 15 cinema halls in the Kashmir valley. However, an extremist group named Allah Tigers had warned the owners to close down all the theatres, calling a film anti-Islamic. As a result of increasing terrorism in the valley, all the 15 cinema halls were closed down in the year 1990. People thought it as a transitory phase but never saw the hustle bustle back which prevailed pre-terrorism era.

However, three cinema halls named Regal, Neelam and Broadway were re-opened in 1990 but terrorists present in the valley launched a grenade attack during the inaugural show of a film at Regal cinema hall, killing one person and injuring 12 others. Again in 2005, when Neelam cinema restarted, suicide bombers launched an attack on it after which it was closed down.

In such circumstances, re-opening a cinema hall was a huge challenge for CRPF. However, their efforts to revive cinema culture in Kashmir valley to provide entertainment to strife-torn people are truly appreciating.