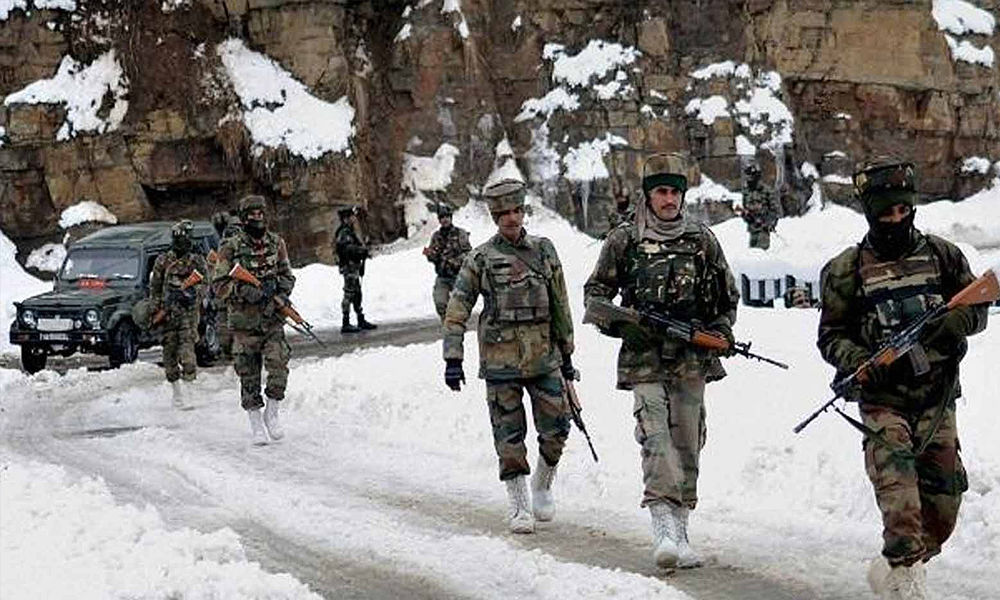 On Friday, Army Chief Gen MM Naravane visited the headquarters of 14 Corps in Leh to review the overall security scenario in the region, amid increasing tensions between Indian and Chinese troops.

China is increasing its military presence in Ladakh by deploying additional troops in areas around Pangong Tso lake and Galwan Valley along the Line of Actual Control. The Chinese forces have set up nearly 100 tents and machinery for construction of bunkers at LaC.

On Friday, Army Chief Gen MM Naravane visited the headquarters of 14 Corps in Leh to review the overall security scenario in the region, amid increasing tensions between Indian and Chinese troops.

This comes after China recently accused the Indian Army of trespassing into its territory, claiming that it was an "attempt to unilaterally change the status" of the LAC in Sikkim and Ladakh. However, the Indian Army strongly denied any such allegations and said that Chinese military was stopping routine patrolling by its troops.

The Indian troops are also resorting to "aggressive patrolling" in several sensitive areas including Demchok and Daulat Beg Oldi.

On Wednesday two parliamentarians of the BJP, Meenakshi Lekhi and Rahul Kaswan, 'virtually attended' the swearing-in ceremony of Taiwan's President Tsai Ing-wen who sworn in for her second term. Outraged by the support extended to the democratically elected government of Taiwan by the BJP, the Chinese Communist Party (CCP) regime asked India to "refrain from such acts."

China's Foreign Ministry also state that everyone would "support the just cause of Chinese people to oppose the secessionist activities for 'Taiwan independence' and realise national reunification."

The embassy of the People's Republic of China (PRC) in New Delhi, Liu Bing highlighted CCP's protest against India move to support Taiwan. Liu called Lekhi and Kaswan's congratulatory message to President Tsai "utterly wrong" which needs to be "corrected".

Liu Repealso reminded the parliamentarians that "the Indian governments have pledged to adhere to one-China principle since the bilateral ties were established seventy years ago."

On May 5, nearly 200 army personnel from India and China clashed along northern bank of the Pangong Lake in eastern Ladakh. The face-off ended next morning following a dialogue between the two forces.

Several soldiers on both the sides suffered injuries during the clash after which both sides rushed additional troops at the border.

Days after tensions erupted in Ladakh, Nearlu 150 Indian and Chinese military personnel engaged in another clash near Naku La Pass in Sikkim on May 9. At least 10 sustained injuries in the incident.