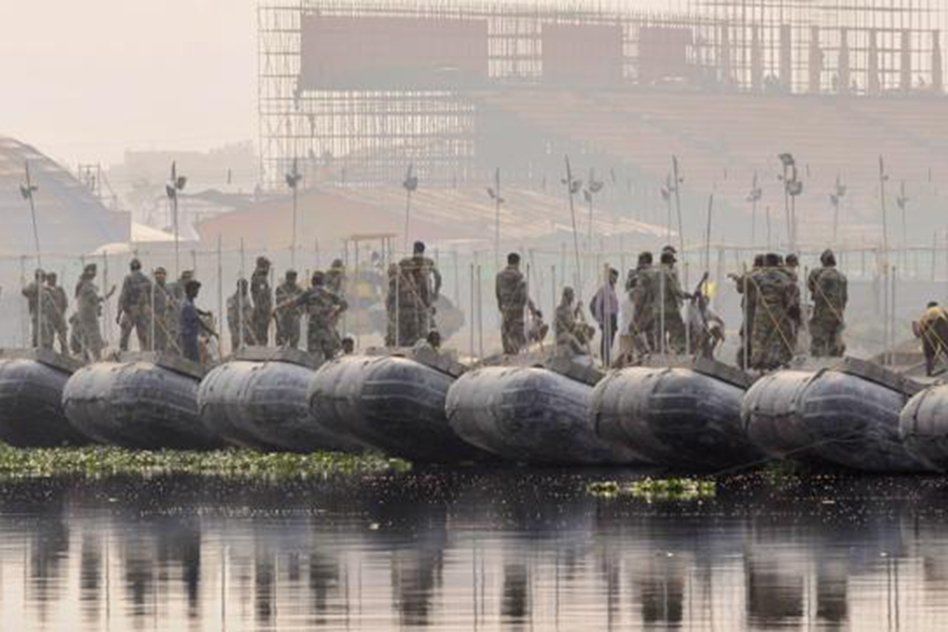 Flouting Rules Like A Boss: From Misusing The Army To Forcibly Evicting Farmers Off Their Land

Controversies surrounding the Sri Sri Ravi Shankar’s Art of Living World Culture Festival 2016 don’t seem to stop. After President, Prime Minister Narendra Modi may also not take part in the event on the pretext of “security threat”. The event is to be held on the bank of Yamuna river, Delhi from the 11th to 13th of March.

National Green Tribunal(NGT) today while hearing the case questioned the Centre as to why no environmental clearance is required for erecting structures in Yamuna Flood plains for three-day ‘World Culture Festival’. This year marks the 35th anniversary of Sri Sri Ravi Shankar’s ‘Art of Living’ organization owing to which this year’s festival is being planned on a much larger scale than usual. About 3.5 million people from over 152 countries are estimated to be present at the gala in Delhi.

Army said can’t do But Forced To Build Bridge

The Army was called in to build floating bridges across the Yamuna for the grand festival. As per various reports, army refused to make the bridge and said so on file. Senior officers were not ready to guarantee complete safety to the attendees of the event but were asked to continue with the construction. The reason given by the organizers for involving the army was the risks accompanying the attendance of various high-ranking officials. Around 120 personnel had been assigned to the task.

Pictures of army officials and trucks at the event site went viral on social media on Monday which made eyes roll. The military’s involvement drew a lot of criticism in the beginning but the mega festival faces a larger crisis.

WATCH: Army personnel construct pontoon bridge in Delhi for Sri Sri Ravi Shankar’s World Culture Festival. This has caused a huge controversy as questions are being asked whether it was right to make members of country’s security forces to work for a private event.

Agony to the farmers:

For the sake of this large-scale celebration of culture numerous farmers have been displaced from their land, cutting them off from their only source of income. To clear up land for creating parking space a large stretch of land has been cleared up resulting in forcible eviction of several farmers. One of the affected farmers, Mohammad Ibram, said that on February 23rd a police team along with some event organizers arrived to ask them to vacate their land. He said “My brother Salman opposed the move along with his friend, Yameen, who resides near the toll plaza, and Shiv Kumar, who lives near Hanuman Mandir in Chilla Khadar. This was not liked by the Mayur Vihar police personnel who booked all three of them on non-bailable charges and arrested them. The three were subsequently sent to judicial custody and are lodged in Tihar Jail.”

While the three men are facing charges, the rest of the unfairly displaced farmers have lost all their investments into their crops. Their lands were razed by bulldozers even before the families could recover their crops. On the pretext of illegally occupying government land, these poor farmers were threatened for expressing their anguish. With minimum compensation being offered the farmers have no choice but to retaliate.

The NGT will continue the hearing tomorrow and a verdict is expected before lunch. Sri Sri Ravi Shankar has said that the event planners have been environmentally conscious and is hopeful that the event will go on as planned.

The Logical Indian strongly condemns the way the army was being used for a private function. We pride on our soldiers and this is a disrespect to use them for a private event. We hope that justice is served to the farmers and those who have been imprisoned over this issue. Scenarios, where extremely fragile environments are put into danger, must be completely avoided.

You can read on the ecological damage being done to the Yamuna and Sri Sri comments on the issue here: Art Of Living May Be Fined Rs. 120 Crore For Ecological Damage, Sri Sri Ravi Shankar Hits Back Army Acquired Their Land In 1962, Arunachal Villagers Get 38 Crore Compensation After 56 Years