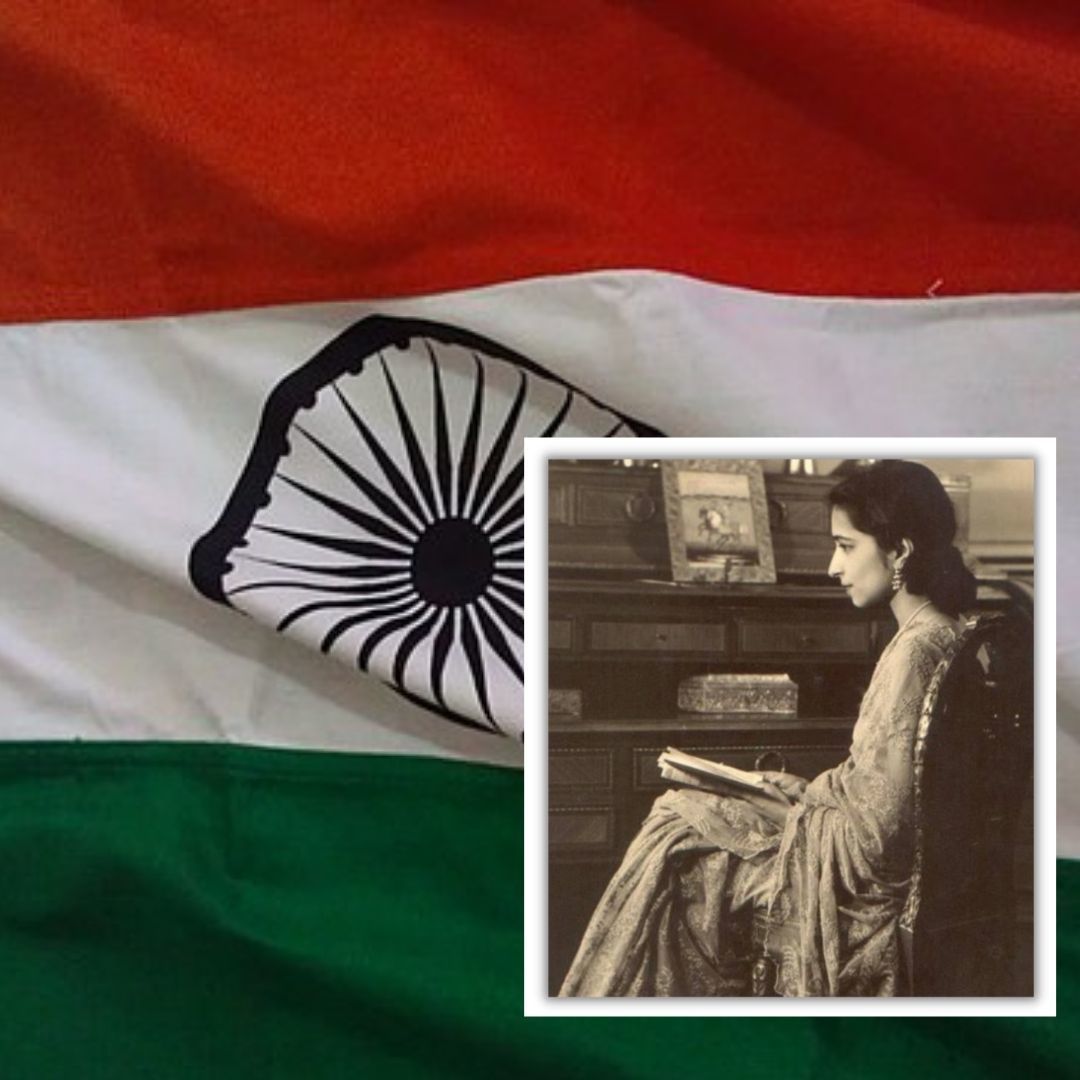 Born in a reputed Muslim family in Hyderabad, Surayya Tyabji was a prolific artist in her own right. She was married to Badruddin Tyabji, with whom she played an integral part in designing our flag's final look.

The Indian independence struggle is a historic mass movement, and it gathered people from all across the country and fought against the common enemy. The collective agitation continued to gain momentum, resulting in India's eventual independence on August 15, 1947.'

Over the years, we remember the brave hearts who sacrificed their lives for the cause. However, many were behind the scenes and did their bit to give the country its identity today. One such example is a woman named Surayya Tyabji from Hyderabad. She was the wife of Badruddin Tyabji, a renowned civil services officer.

Who Was Surayya Tyabji?

Surayya Tyabji was born in Hyderabad in 1919 to a reputed Muslim family. She was known for her artistic prowess and sporting a modern outlook during the time. She was also known for her cooking, swimming, sewing, and efficiently handling her family investments and finances. According to The Wire, Surayya Tyabji's grandmother, Lady Amena Hydari, supported Muslim women's education in Hyderabad. She supported an establishment called 'Mahbubia', one of the first schools for both Hindu and Muslim women.

Surayya Tyabji was married to Badruddin Tyabji. At that time, he was the Vice-Chancellor of Aligarh Muslim University. "Married to a charismatic personality 11 years here senior, she held her own and became his moral compass, the moving centre of our home," their daughter, Laila Tyabji, told The Wire. Just like her husband, Surayya Tyabji was fiercely loyal to India. Laila Tyabji recalls, "When my parents' house was attacked and ransacked during the Partition, she sent us children away but refused to leave my father, going off every day to work in the refugee camps at Red Fort."

Our national flag's design has evolved over the years. During the independence movement, it emerged as the symbol of a sovereign nation trying to break away from the British colonial shackles to forge its own identity and become a free country.

For a majority of us, Pingali Venkayya designed the national tricolour. However, not many are aware that Surayya Tyabji created the flag's final look today. The months leading to freedom were crucial for India. Till then, it did not have a national emblem. When Jawaharlal Nehru entrusted the responsibility to Badruddin Tyabji to look for an appropriate design, the process involved forming a committee with Dr Rajendra Prasad, and Tyabji wrote several letters to art schools around the country to send in their ideas.

As the pitches started flowing in, they were not as suitable. "Hundreds came in, all quite ghastly. Most of them were heavily influenced by the British national emblem, except that elephants and tigers, or deers and swans replaced the lion and unicorn on either side. The crown itself was replaced by a lotus or 'kalash' or something similar," Laila Tyabji adds. After much brainstorming, Surayya Tyabji gave the idea of placing the lions and the 'chakra' on the Ashoka column. She drew the definitive versions and printed them at the present Rashtrapati Niwas.

During this time, Venkayya's national flag design drew criticism. It consisted of the famed 'charkha' in the middle. The flag was a significant part of the independence movement, so much so that many thought that it would become the final flag by default. However, being a party flag, many were not favouring it representing the country. Therefore, the Tyabjis was given the additional responsibility to design the national banner using the Chakra. The initial design had a black chakra, but it was later changed to navy blue, as it is known today.

Also Read: Why Did Jawahar Lal Nehru Take Kashmir Issue To The UN?

Rani Avantibai: Warrior Of Freedom Struggle Who Chose To Sacrifice Her Life Instead Of Bowing To...