Old Video Shared As Massive Explosion In Ukraine By Russia

On the first day of the attack of Russia on Ukraine, Russian missiles bombarded cities and military bases, and Ukraine officials said they lost control of the decommissioned Chernobyl nuclear power plant, where the world's worst nuclear disaster took place.

Soon after, many videos showing hundreds of paratroopers descending from the sky went viral on social media claiming that it showed Russian soldiers landing in Ukraine for the military operation. Among the videos being shared are those of a massive explosion stated to be recent footage of Russia's invasion of Ukraine. In the 23 seconds viral video, a huge explosion that slowly disappears in the sky can be seen. The video is being shared under the hashtag "Massive explosion in Ukraine" and under #RussiaUkraineConflict. The screenshot of the video was also used in a report by the Asianet on February 25, 2022. 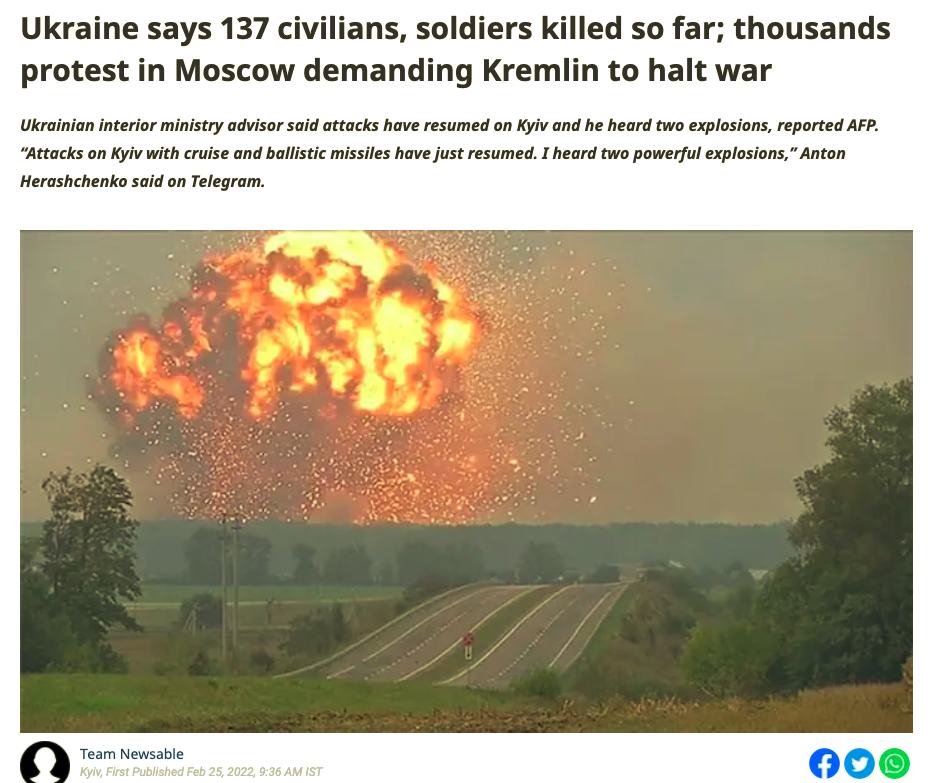 Viral video is a massive explosion in Ukraine after Russia declared military operations.

The Logical Indian Fact check team verified the claim and found it to be misleading. The video shows an explosion that happened at a military depot in Vynnytsya, Ukraine, in 2017.

During our initial investigation, we ran one of the keyframes of the video in Google reverse image search and found a report by NBC News on September 27, 2017. According to the report, a huge explosion detonated in an ammunition warehouse at a military base in Central Ukraine. Nearby villages were evacuated after blasts started late at night. We also found a report by Reuters on September 28, 2017. According to the report, a criminal investigation was launched into the Vynnytsya fire, a blaze that authorities claim may have been deliberately set, citing "external factors". The chief military prosecutor said the site lacked sufficient guards and had outdated security equipment, as well as a malfunctioning alarm system. 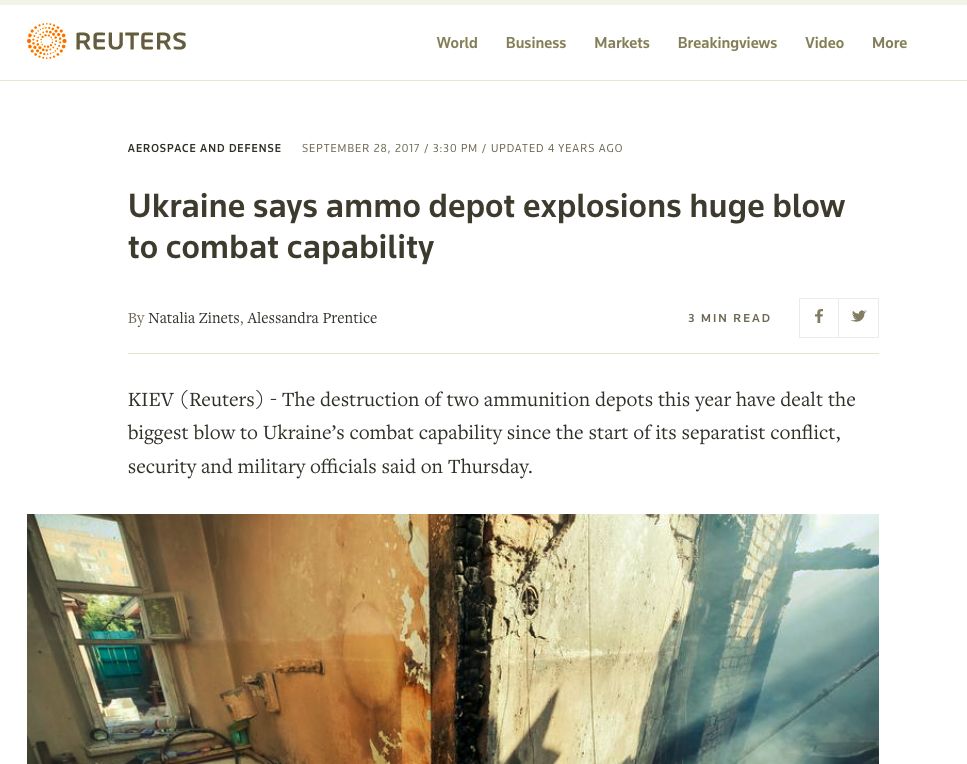 We also found a YouTube video by the Guardian News on September 28, 2017. The title of the video reads, "Massive explosion at Ukrainian military ammunition depot". The video's description says massive explosions at a military ammunition depot in Ukraine forced authorities to close airspace and evacuate the surrounding area. Emergency services said one person was injured in the powerful blast, which could be seen more than 150 miles away.

As a result of the above investigation, it is pretty evident that the video is from September 2017 and not from the ongoing conflict between Russia and Ukraine. The video goes back to the time when a massive blast struck the Ukrainian military depot at Vynnytsya in 2017.

Also Read: Hindu Youth Stabbed To Death By Muslims In Dasna? No, Viral Claim Is False