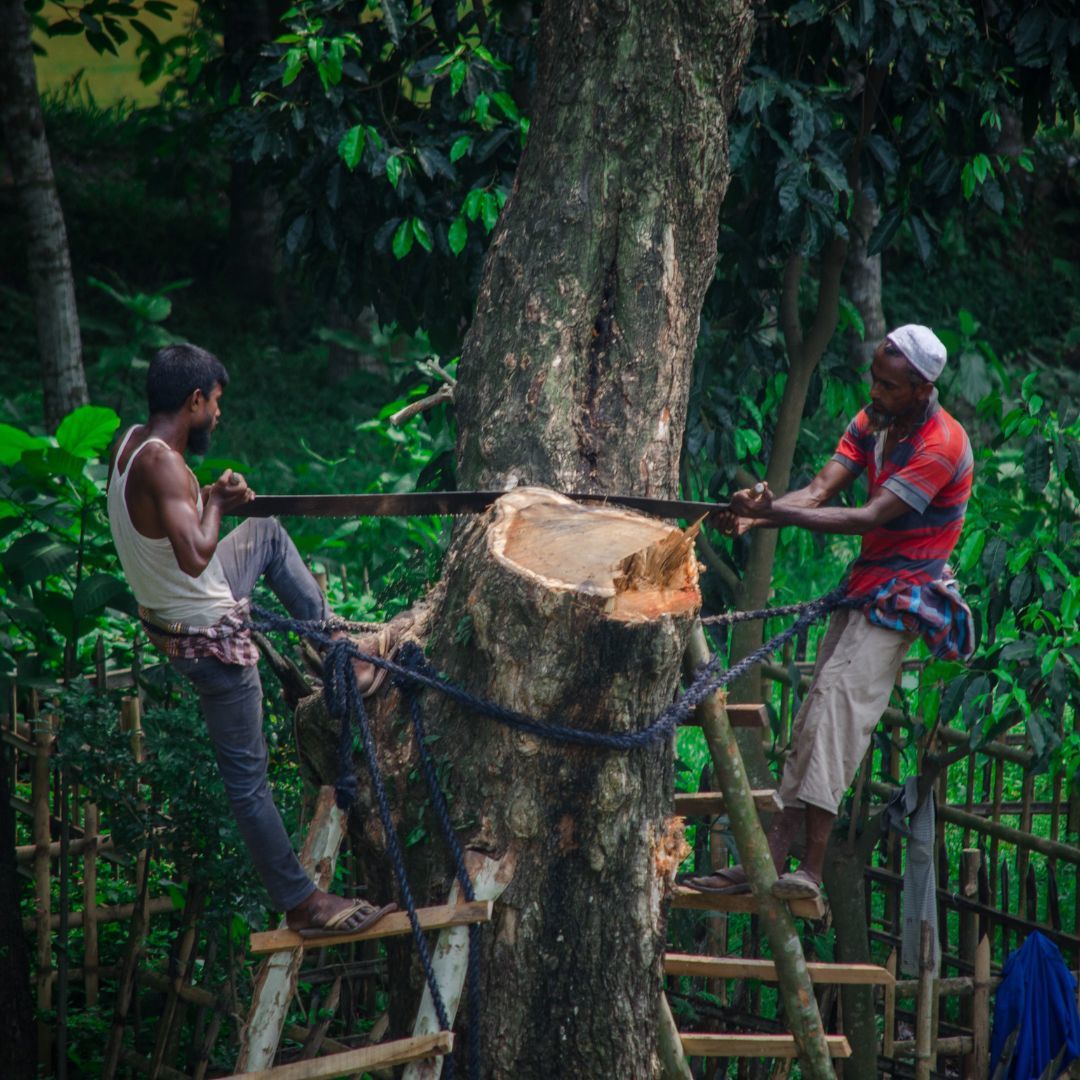 India has seen a 16 per cent loss in forest cover in the last decade, with 223 Kha of tropical forest being lost to several human activities; primary among them is deforestation.

India lost a massive forest cover of 14 per cent in 2019 -2020 that makes nearly 38.5 per cent of tropical forest cover, whereas the low forest area in India fell by 0.38 per cent. The primary reason behind the alarming loss is the natural forces that took over during the covid pandemic.

Global Forest Watch made this observation. A platform that monitors Global forests and provides information on changing patterns globally as part of the World Resources Institute.

According to the report, the country has seen a 16 per cent loss in forest cover in the last decade, with 223 Kha of tropical forest being lost to several human activities; primary among them is deforestation.

Among all the States of the country, Mizoram has experienced the most significant decline in the forest area with a loss of 47.2 Kha in the last year followed by Manipur, Assam, Meghalaya, Nagaland. "In India, the top four regions were responsible for 52 per cent of all tree cover loss between 2019 and 2020. Mizoram had the most tree cover loss at 47.2 Kha compared to an average of 7.40 Kha," the organisation said.

The data reveals that forest area stood at 11 per cent at the start of 21 century, gradually it decreased to 9.9 per cent by the year 2010.

What Is Forest Cover Decline?

Forest Cover decline is deforestation, forest degradation or both. Forest degradation occurs due to various reasons mainly deriving from human activities such as overgrazing, overexploitation of forest for timber and firewood, repeated fire or attack by insects, plant parasites and other natural causes. According to the reports of Business Standard, the major reason behind the recent decline in forest cover in March 2020 and March 2021 was the forest fire due to changing weather patterns.

Humans are overconsuming Everything in excess resulting in an unsustainable ecological footprint. The UN Food and Agriculture Organization estimates that roughly one-third of the food produced in the world is wasted or lost. So if we start consuming less, we will contribute to lowering the demands.

Avoid products containing palm oil: An increased demand for palm oil products leads to deforestation, especially in Asia. We should buy less industrial and processed food. However, It needs a hard try as 50% of products on the shelves of supermarkets are made of palm oil.

The focus should be on buying products with fair trade labels determining the source of the product. A specific sustainability stamp depending on the goods' industry would also be positive.