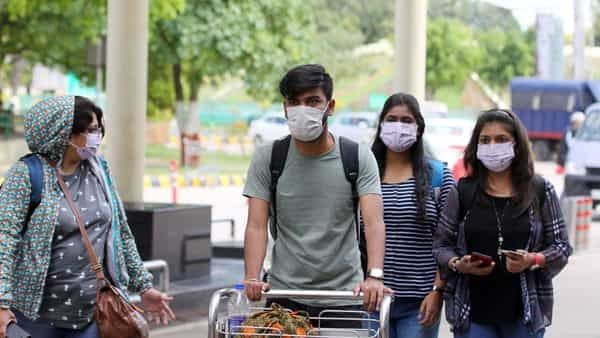 According to the UCAS data till June 30, Indian students made 9,930 applications, up from 7,640 applications last year. The overall increase in the number of applicants from the previous year has been 4%.

An analysis by the Universities and Colleges Admissions Service (UCAS) revealed a 30% increase in the number of applications by Indian students to take undergraduate courses in the UK, despite the travel constraints due to the pandemic.

UCAS is the centralised higher education application system of the UK. According to its data till June 30 (which is the application deadline for the new academic year), Indian students made 9,930 applications, up from 7,640 applications last year. The overall increase in the number of applicants from the previous year has been 4%. This resulted in an over 3% increase in offers made by British universities and colleges.

"It is really encouraging to see Indian students continue to make plans to study in the UK, and we look forward to welcoming students safely," she said. UUKi represents more than 140 universities in Britain.

However, it is essential to note that India is still on UK's 'Red List'. This means that all students with valid visas will have to quarantine at a government-approved hotel for ten days on arrival to the UK. Although recently, the UK has also announced that students can choose to start their course online and travel later if required or arrive for the beginning of the term and get supported through any necessary quarantine period.

Rising Number Of Applications To UK

In terms of the highest number of applications from foreign countries for universities in the UK, India ranks second, only to be preceded by China. The increase in the number of Indian applications has been on a steady rise over the past decade. But the applications for the upcoming academic year have seen the sharpest rise since 2012, which is the year since when the UCAS data is available. UCAS has predicted that such an increase in both applications and offers will see a record number of students starting their college or university this autumn.

UCAS chief executive Clare Marchant said that these numbers show that the demand for undergraduate study and apprenticeships is rising significantly during the pandemic. "Universities are ready to welcome more students onto courses this autumn and have worked hard to be flexible, enabling students to progress to their next level of study," Clare said in a statement, as reported by Hindustan Times.

Newer policies of Britain have further encouraged Indian students to choose the country as their study destination. For instance, on July 1, Britain announced the opening of a new graduation route that will permit the Indian students in the UK to stay back for an extended period post completion of their course. UK Home Secretary Priti Patel had earlier announced the graduate route visa, allowing Indian students to stay back for at least two years after college for job opportunities, reported The Logical Indian.

But this tendency to study out of India does not only limit to studying in the UK. There are a host of other countries which welcome thousands of Indian students each academic year. And the number of Indian students studying abroad had been increasing at an average rate of 15% year-over-year (except in 2020 and 2021 due to the pandemic-induced travel restrictions).

Shift In Choice Of Destinations

Also, many Indian students in the post-Covid world have preferred countries that have handled the pandemic better, like Germany and New Zealand, reported University HUB.

Socio-economic Status Of These Students

Interestingly, there seems to have been a distinct characteristic of these students from India. A 2012 study by World Education Services showed that while 60% of Chinese students who responded had adequate financial resources to afford studying abroad, only 27% of Indian students had enough.

However, one common tendency observed in Indian and Chinese respondents was that both perceived attending a US college or university as an investment for future high-paying jobs. This was concluded when 46% Indian and 55% Chinese respondents selected career prospects among their top information needs, reported The Hindu.

But how much of this population is coming back to India? Well, there is no hard data to answer that. However, a portion of these students does come back to their natives. Although their reason for coming back might be driven by the simple urge to stay close to their roots, the changing face of the Indian economy has seemingly made their choices easier.

India is now considered a start-up hub. With several start-ups emerging every day and Multi-National Corporations penetrating India, now there are more opportunities for students with abroad education to use their knowledge in India. A lot of business graduates also return to take over their family businesses. Also, there has been an increasing preference for students with degrees from Europe or America in the Indian academia.