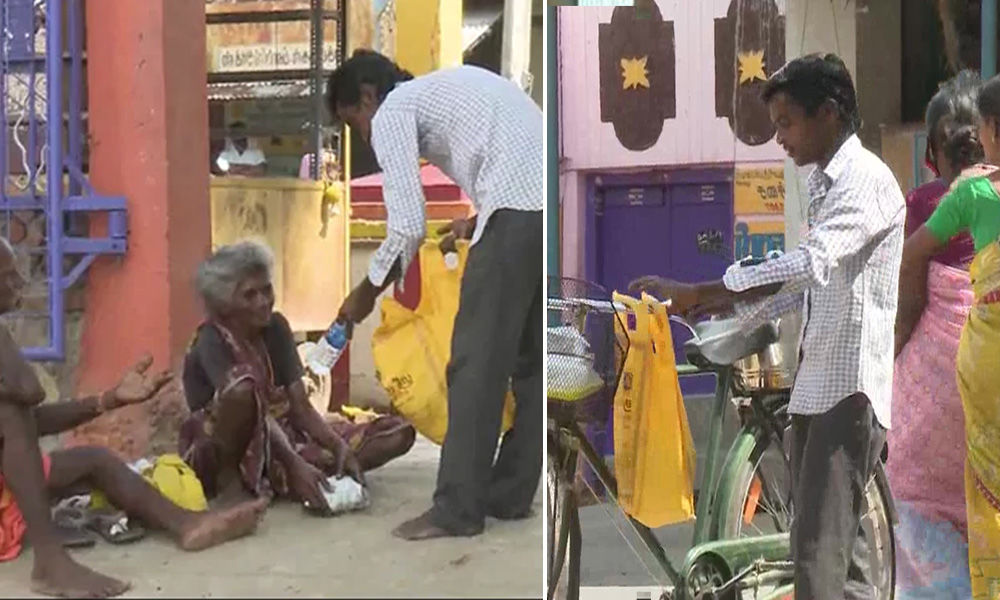 The man dreams of setting up his own shop in the area so that he can help more people who are unable to afford the basic necessities of life.

A simple act of kindness can be a great way to make a social impact, and a tea seller from Tamil Nadu's Madurai is on the path of impacting lives by feeding them amid the coronavirus pandemic.

The COVID-19 outbreak has brought the global economy to a standstill which has also pushed thousands into poverty, industries being shut and salaried class being out of jobs. Amid the crisis, several cases have emerged from across the country that will re-instill belief in humanity.

Tamil Nadu: Tamilarasan, a tea seller in Alanganallur, Madurai spends a part of his earnings to feed poor and homeless people. He says, "I sell tea on a bicycle every morning & evening. I also provide food and water to the needy people out of my meagre earnings." (22.07.20) pic.twitter.com/z1qMWj7ezw

Tamilarasan, a tea seller in Alanganallur town has stepped up to help the poor and spends a part of his earnings to feed the poor and homeless people to help them tide over the tough times.

The Chaiwala brews tea at his home, pours it into containers and mounts them onto his bicycle to go around the town to sell them,

"I sell tea on a bicycle every morning and evening in the surrounding villages of Alankanallur, Mettupatti and Pudupatti from which I get decent daily income," Tamilarasan said, reported NDTV.

"Whenever I sell tea, I give free to the poor and needy who flock at the roadside and near the temple gates. I also reserve a portion of my income which goes solely into feeding them thrice a day," he added.

The man dreams of setting up his own shop in the area so that he can help more people who are unable to afford the basic necessities during the pandemic.

The Madurai resident also stated that he had applied for a loan in the past but the application got rejected as he had no collateral to provide to the bank.