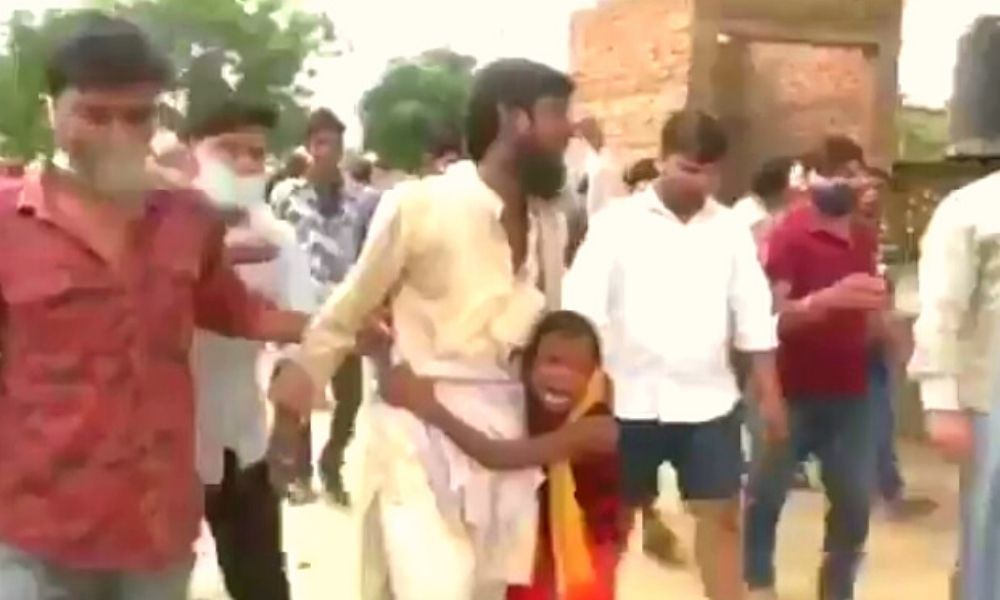 The attack on the man resulted from a legal dispute between the man's family and his Hindu neighbours, a month ago. Some reports suggest the dispute was regarding forcible conversion, while the other reason behind the assault was said to be regarding the anti-national slogans raised by the victim.

A horrific incident was reported from Ram Gopal area of Kanpur in Uttar Pradesh, where a Muslim man was heckled and assaulted on the streets on Wednesday, August 11, and forced to chant 'Jai Shri Ram' while his 5-year-old daughter sobs and pleads mercy from the attackers.

The police have arrested three people in connection with the incident.

The attack on the 34-year-old resulted from the dispute between the attackers' and the man's family a month ago, The Indian Express reported.

Both the families belonging to different communities live in shanties. The victim, Afsar Ahmad, a rickshaw driver, and the Hindu family in the neighbourhood have registered cases in July against each other at a local police station.

One of the reports suggests that the dispute was regarding forcible conversions - Muslims trying to convert a Hindu girl. Another reason behind the assault is said to be regarding the anti-national slogans raised by Ahmad.

The Muslim family had filed an FIR over assault and criminal intimidation. Later, the Hindu family filed a case alleging 'assault with the intent to outrage the modesty of a woman'.

On Wednesday, a few people from a Hindu outfit, Bajrang Dal, met one of the families, who demanded action on their behalf. The group also staged a protest.

Some locals caught hold of Ahmad around 3:00 pm while he was on duty and started beating him.

The distressing video was widely shared on social media, outraging netizens, who demanded stringent action against the attackers. Ahmad could be seen begging the mob to stop the assault, along with his daughter crying and pleading with them.

After a few meters, the police took Ahmed's custody, but the attackers behind could be seen hitting him in their presence.

The rickshaw driver filed a case against ten persons under sections 147 (rioting), 323 (voluntarily causing hurt), 504 (intentional insult with intent to provoke breach of peace), and 506 (criminal intimidation) of the Indian Penal Code.

In his complaint, Ahmad detailed how he was picked up in broad daylight by a group of people, who hurled abuses and thrashed him. The accused asked Ahmad to leave the locality and threatened him with his family's life.

Based on the complaint, the team arrested Ajay Rajesh, who runs a band, Aman Gupta, and Rahul Kumar. Kanpur Police Commissioner Asim Kumar Arun told the media that the search operation to nab the others is underway.