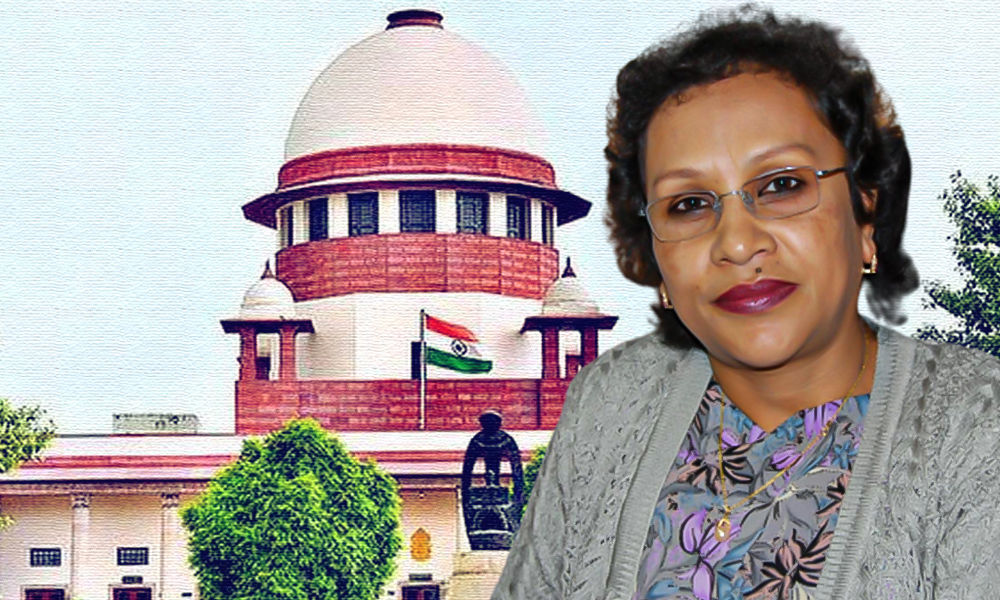 "Free speech of citizens of this country cannot be stifled by implicating them in criminal cases, unless such speech has the tendency to affect public order," the top court observed.

The Supreme Court, on March 25, quashed an FIR registered against The Shillong Times Editor, Patricia Mukhim, over a Facebook post in which she condemned violence against non-tribals in Meghalaya.

"Disapprobation of governmental inaction cannot be branded as an attempt to promote hatred between different communities," the court said on Thursday, March 26.

An FIR was registered on July 8 against the journalist after she demanded legal action against a group of people who allegedly assaulted six non-tribals playing basketball in Lawsohtun.

In her Facebook post, the journalist had said, "Where some non-tribal youths playing basketball were assaulted with lethal weapons and are now in hospital, is unacceptable in a state with a government and a functional police force."

Mukhim had tagged Chief Minister Conrad Sangma and wrote on Facebook that the incident was "unacceptable". "The attackers, allegedly tribal boys with masks on, should be immediately booked. This continued attack on non-tribals in Meghalaya whose ancestors have lived here for decades, some having come here since the British period, is reprehensible, to say the least. The fact that such attackers and trouble mongers since 1979 have never been arrested, and if arrested never penalised according to law, suggests that Meghalaya has been a failed state for a long time now," she added.

Following this, Lurshai Shylla, the headman, and Bankhrawkupar Sohtun, secretary, of Dorbar Shnong of Lawsohtun, said that Mukhim's Facebook post "incites communal tension and may instigate a communal conflict which may spread to the State," and filed an FIR against her.

She was booked under Sections 153A (promoting enmity between different groups on grounds of religion, race, place of birth, residence, language etc.) and other provisions of the Indian Penal Code (IPC).

Last year, Mukhim had approached the Meghalaya High Court to quash the complaint against her. However, the court did not approve of it.

On Thursday, the top court permitted the appeal filed by Mukhim against Meghalaya High Court's order and quashed the FIR.

"Free speech of citizens of this country cannot be stifled by implicating them in criminal cases, unless such speech has the tendency to affect public order," the court observed.

"The attack upon six non-locals, carried out by masked individuals, is not denied by the state; its reporting too is not denied. The state in fact issued a press release. There appears to be no headway in the investigations. The complaint made by the Dorbar Shnong, Lawsohtun, stating the statement of the appellant would incite communal tension and might instigate a communal conflict in the entire state is only a figment of imagination," the apex court said.

"The fervent plea made by the appellant for protection of non-tribals living in the state of Meghalaya and for their equality cannot, by any stretch of imagination, be categorised as hate speech. It was a call for justice - for action according to law, which every citizen has a right to expect and articulate," it further said.

Reacting to the Supreme Court's decision, Mukhim took to Facebook and wrote, "So grateful for this ruling…I owe a debt of gratitude to Vrinda Grover and her team and Kaustav Paul."