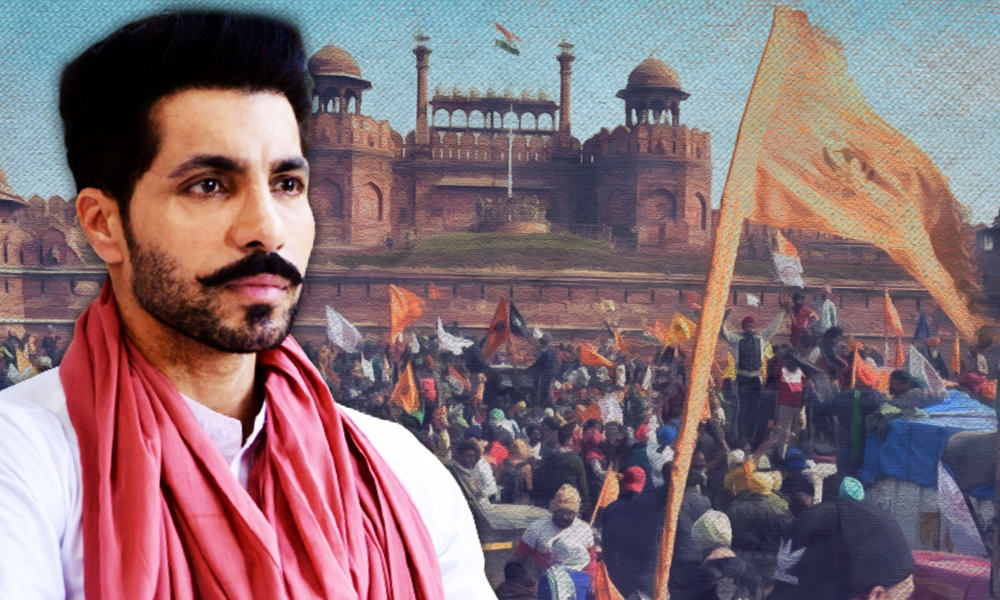 Punjabi actor Deep Sidhu, who has been accused of tainting the tractor rally on Tuesday, January 26, has been named in a case filed by the Delhi Police. The actor will be summoned for questioning soon, sources told NDTV.

Several farmer unions have blamed Sidhu and gangster-turned-activist Lakha Sidhana for rampaging around the historic Red Fort. Some alleged that Sidhu is a "Bharatiya Janta Party worker and not a Sikh."

The actor, however, has denied all allegations and said that if he was accused of instigating the farmers, it directly questions the farmer leaders' ability and responsibility to take hold of the demonstrations.

"If I'm being labelled a gaddar (traitor), then all farmer leaders are gaddars. If you claim I instigated lakhs of people, what kind of leaders are you? Will, an RSS-BJP person, put the Nishan Sahib flag on Red Fort? You are calling lakhs of farmers gaddars," Sidhu said.

He also accused the farm union leaders of 'back-tracking'.

Several farmer leaders have been named in more than 25 cases that have been filed by the Delhi police since Tuesday evening, for attacking police personnel during the rally.

The names include Swaraj India President and Samyukt Kisan Morcha leader Yogendra Yadav, Lok Bhalai Insaf Welfare Society head Baldev Singh Sirsa and BKU leader Balbir Singh Rajewal. They have been accused of violating the agreed rules and diverting from the pre-decided routes of the rally.

The leaders have been asked to submit a response within three days. However, they have denied all allegations and called it a conspiracy to sabotage and malign the ongoing peaceful protest.

As per the latest updates, the farmers have suspended their plans to march to parliament on Budget Day.