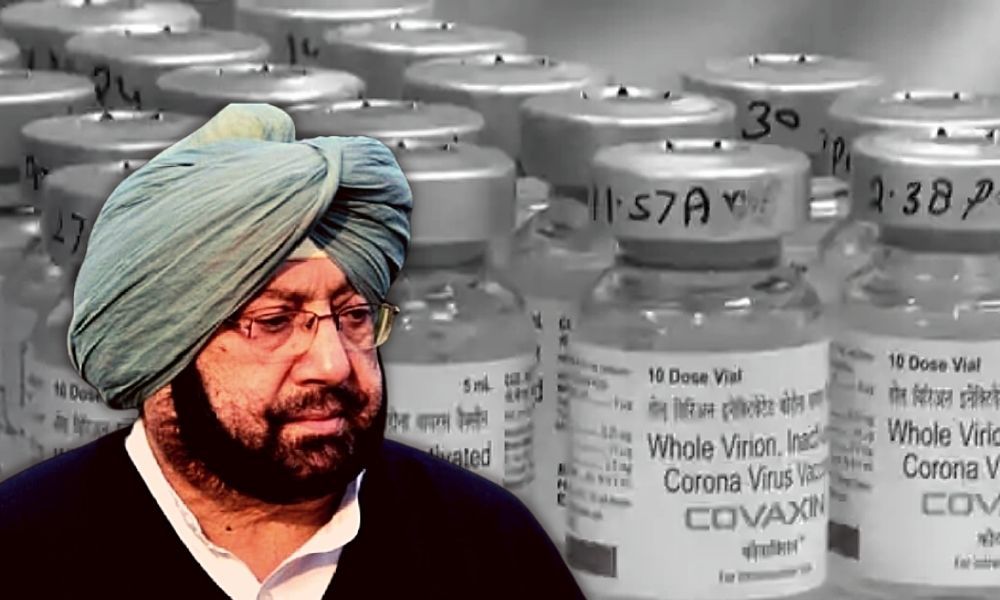 The state had procured Covaxin doses at ₹420 under the state quota and sold them to private hospitals at ₹1,060, which in turn charged Rs 1,560 from the general public

The Punjab government was criticised by the opposition parties on Thursday, June 3, for selling Covaxin doses, which were procured at ₹420 under the state quota, at a premium price of ₹1,560 to the public.

Out of the 1.14 lakh Covaxin doses received by Punjab last month, the government sold the 40,000 doses at a premium of ₹1,060 to private hospitals, which charged ₹1,560 from the general public, reported The Indian Express.

Directly acquired by the state government for administering vaccines to people aged 18-44 with comorbidities, construction workers, and families of healthcare workers, the private hospitals that procured the jabs are reportedly administering these vaccines to anyone above 18 at an exorbitant price.

.@Akali_Dal_ demands a high court probe into diversion of vaccines to private players at hefty margins to create artificial shortage. Vaccines procured @ Rs 400 /dose sold to private hosp for Rs 1060 and are available to common man at Rs 1560. This is a scam @drharshvardhan.1/4 pic.twitter.com/g8QGqAimcG

Meanwhile, Minister of State for Finance and Corporate Affairs Anurag Thakur accused the state government of making profits by selling the vaccines procured under the state quota to private hospitals.

On this, Punjab's nodal officer for vaccination Vikas Garg said, "It was a one time measure and the decision was taken to enable private hospitals to start vaccination and to tackle the pressure [of vaccine requirement] across the State."

Moreover, officials involved in the vaccination drive claim that the government has created a different bank account in the name of Vaccination CSR Fund and private hospitals deposit the money directly into that account, reported Hindustan Times.

The officials also said that the money deposited in the bank account will be used to procure additional vaccines for the state.