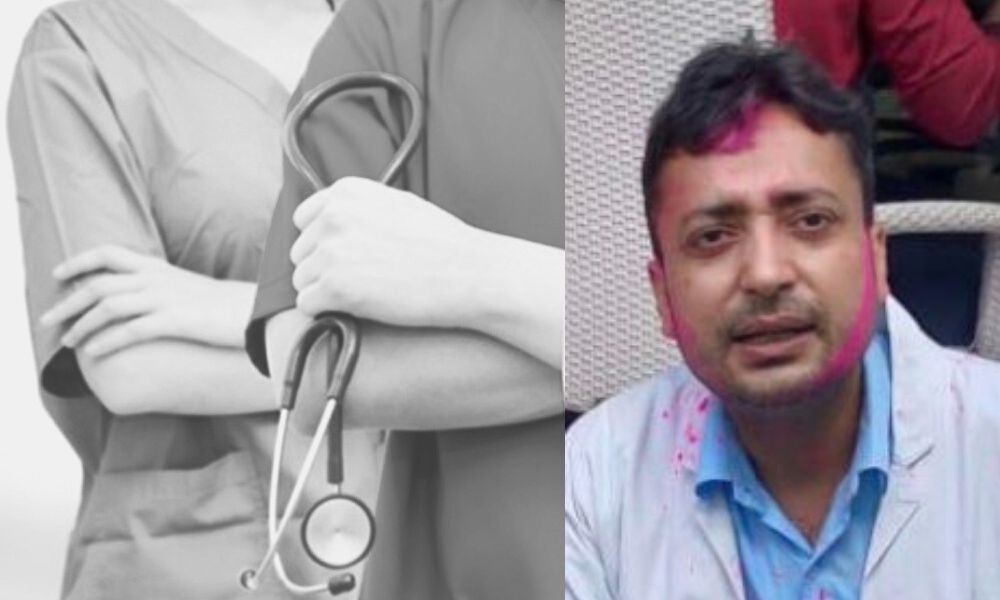 Delhi: Disturbed By Spiking COVID-19 Deaths On His Watch, Young Doctor Kills Self

Dr Ravi Wankhedkar, a former chief of the Indian Medical Association (IMA) said that Dr Vivek Rai had developed depression after witnessing a large number of people die due to COVID-19. He used to treat seven to eight patients daily.

Vivek Rai, a young doctor from a private hospital in Delhi died by suicide, after being unable to deal with the surging number of COVID-19 deaths he was witnessing on a daily basis.

Rai from Gorakhpur, Uttar Pradesh left behind a suicide note before taking this drastic step. He is survived by his two months pregnant wife.

Dr Ravi Wankhedkar, a former chief of the Indian Medical Association (IMA) said, Rai was a brilliant doctor and was true to helping patients and saving many lives during the pandemic.

According to Wankhedkar, Rai had developed depression after witnessing a large number of people die due to COVID-19. "He has been treating at least seven to eight critically ill patients on a daily basis for the last one month. Being unable to deal with so many deaths under his watch, he started to lose his morale and subsequently took the drastic step to end his life. He took such a difficult decision of ending his own life than living with the suffering of the people who died on his watch," said Wankhedkar, reported NDTV.

He also pointed out the shortcomings of the system which proved its incompetence in providing adequate medical facilities for its people. "Bad science, bad politics and bad governance," he said while adding, "Rai's death was no less than a murder by the system."

The case was taken up by Delhi's Malviya Nagar police. The body of Rai was sent to Delhi AIIMS for post-mortem and further investigation.

As India struggles to cope up with the unprecedented second hit of the COVID-19 contagion, doctors battle every day to save the patients' life. The social media is loaded with visuals and reports of people gasping for air and disturbing scenes at the crematoria and hospitals.