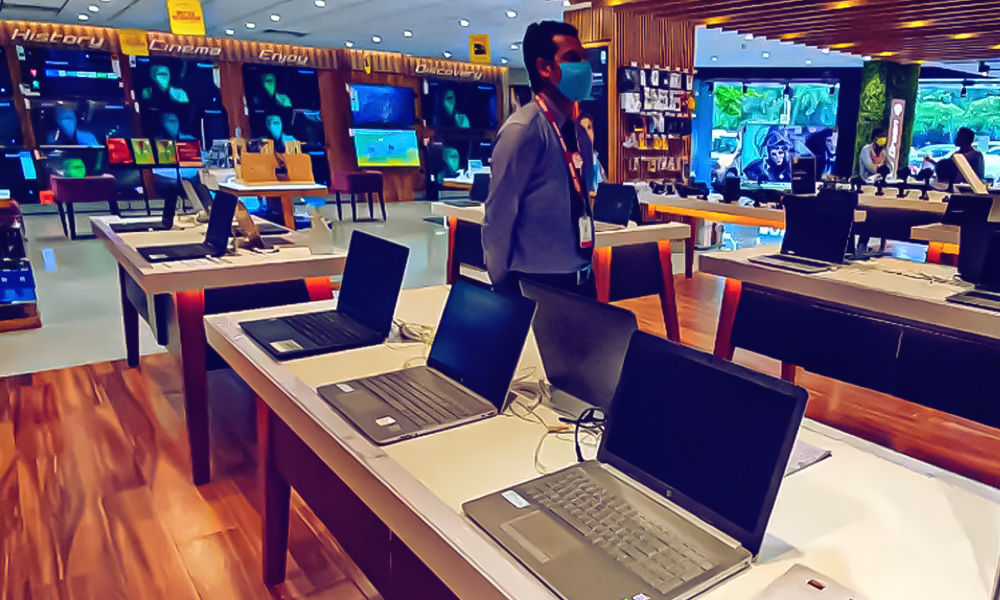 Union minister Ravi Shankar Prasad said that the Production Linked Incentive (PLI) scheme was doled out with an aim to promote India as a global hub for hardware manufacturing.

As the relations between India and China remain tense after the Galwan border clash, the sense of competition for the manufacturing of electronic goods is ever-increasing between the two countries. The Government of India has announced ₹7,350 crore incentives for the production of laptops, tablets, PCs and servers in the country for its push in making India self-reliant or 'Atmanirbhar'.

Union minister Ravi Shankar Prasad said that the Production Linked Incentive (PLI) scheme was doled out with an aim to promote India as a global hub for hardware manufacturing.

The GOI said, "India will be well-positioned as a global hub for Electronics System Design and Manufacturing (ESDM) on account of integration with global value chains, thereby becoming a destination for IT hardware exports."

In the next four years, the government is hoping to bring on the additional production of ₹3.26 lakh crore by incentive schemes including ₹2.45 lakh crore through exports.

"Direct and indirect revenues generated from production under this scheme are expected to be ₹15,760 crore in the next four year. Domestic value addition for IT hardware is expected to rise to 20-25 % by 2025 from the current 5-10 % due to the impetus provided by the scheme," the government added.

Currently, the demand for laptops (₹29,470 crore) and tablets (₹2,870 crore) in India is largely met through imports. By 2025, the government is looking for a turnover of $1 trillion through digital and electronics manufacturing.