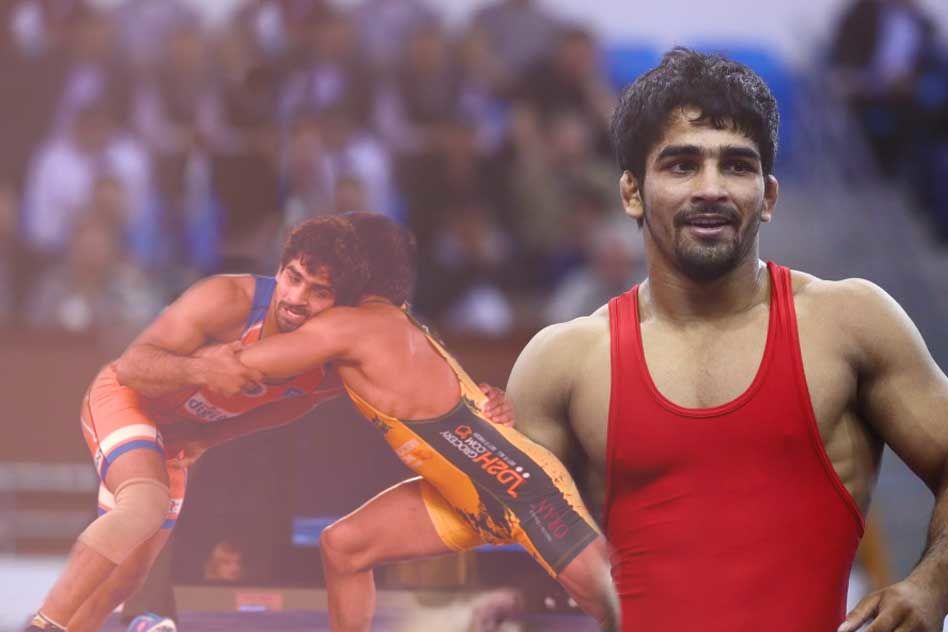 The Monday leg of Pro Wrestling League (PWL) had some jaw dropping bouts. Rio Olympics gold medalist Vladmir Khinchegashvili succumbed to Sandeep Tomar of Haryana Hammers. The brilliance of Sandeep Tomar combined with the perfect balance of attack and defence let him gain the bout over the 57 kg Rio gold medalist. In what was expected to be a one-sided bout, Sandeep Tomar with his superior tactics ensured a win against Punjab Royals at the K.D Jadhav wrestling stadium in New Delhi.

The opening bout of the Monday’s evening featured Sandeep and Vladmir. The Rio Olympic gold medalist did win the sole point in the 1st round taking the lead to 1-0. Cashing on his defensive skills, Sandeep managed to come back strongly making it a tie. The last 30 seconds of the match paved the way for the result where Sandeep could gain 2 points in succession and eventually win the game.

Sandeep Tomar and Vladmir Khinchegashbil had represented India and Georgia at the Rio Olympics. Although both of them competed in the same weight category, i.e., 57 kg, they have never faced each other. Sandeep’s qualification match was a ‘bye’ as the opponent didn’t show up, but unfortunately, he crashed out of the tournament by losing 1-3 against Lebedev of Russia. Sandeep was ranked 15th among the other wrestlers in his weight category. On the other hand, Vladmir only played four including the final out of intended seven matches. For the remaining 3, he received a bye.

Sandeep received an invitation to the Olympics after winning the 57 kg freestyle Bronze match at the 1st world Olympic qualifying tournament in Mongolia. He defeated Ukranian wrestler Andriy Yatsenko with a straight one-sided game, winning 11-0. He is being coached by Kuldeep Singh.

In 2015, he was signed by the Bangalore franchise for Rs 10.3 lakh. Currently, he plays for Haryana Hammers.