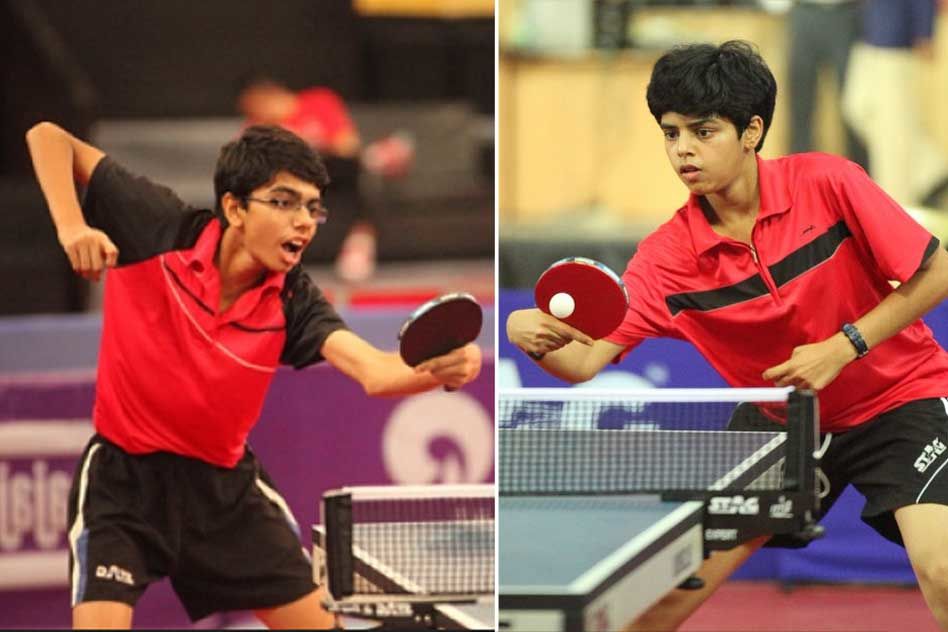 Manav Thakkar of PSPB seemed well on course to make a complete sweep of the national titles in the recently concluded National Junior and Youth Table Tennis Championships at Vadodara. Having won both the the Youth Boys and Junior Boys singles finals earlier in the tournament , he added the Junior Doubles crown with his partner Chinmaya Somaiya as they outclassed their opponents from West Bengal 3-0 in the final at the SAMA Indoor Complex.

In the Junior Boys final, Delhi’s Parth Virmani was no match for Manav who unleashed a great gameplan with an array of varying serves and attacking strokes to finish the match 4-0. This was Manav’s second national title after he won his first at the Alleppey nationals two years ago.

In the youth boys final, it was a tough ask for Manav as he had to return to the table right after the Junior boys final. His opponent, Abhishek Yadav, was taken apart by Manav as he continued his march towards the treble. Despite finding himself ahead at certain instances of the game, the powerful play of Manav proved to be too much for Abhishek to handle as the match ended 4-0 once again in favor of the former. Manav however failed to complete the clean sweep as he lost in the final hurdle at the Youth Doubles final when he and Abhishek Yadav lost out to Arjun Ghosh & Rohit Bhanja of West Bengal 3-1 .

Among the girls, Archana Kamath, after winning her second national doubles title in the company of Sreeja Akula, outclassed an in-form Moumita Datta in the finals to claim her maiden Junior Girls crown. While the match ended 4-0, it was another case of a scoreline not telling the story of the game as Moumita pushed her opponent to her limits but ended up on the losing side a closely-contested match.

However, the girl from West Bengal, Moumita ensured that she did not leave the stage empty handed as she won the Youth Girls crown by defeating Harshvardhini Ravichandran 4-0 in the final . Leading 3-0 in the final, the girl from West Bengal felt the burden of expectation a little bit as she trailed 4-7 in what proved to be the final game but eventually came out tops to clinch a well deserved win.

Find the complete results below: