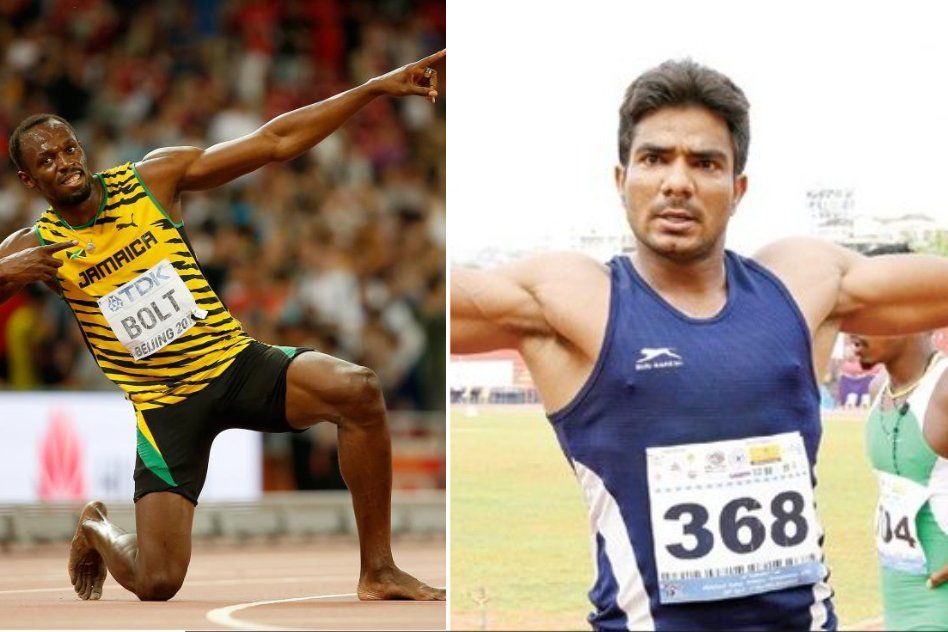 From Selling LIC Policies For A Living, He Will Now Compete Against Usain Bolt In 200m Sprint At Rio Olympics

First time in 36 years
The Indian dream to participate in the grand 200-metre sprint event at Olympics is going to be true this time after the wait of 36 long years. And the ‘runner’ for this event is Dharambir Singh from Haryana who will be running neck-to-neck with the speed icons like Usain Bolt and Justin Gatlin. Dharambir’s run to the Rio Olympics is a story worth sharing. He passed the Olympic qualifying mark of 20.50 seconds acing a timing of 20.45 seconds at the Indian Grand Prix Athletics in Bengaluru in July 2016.

He was selling LIC policies for a living
The Rohtak-born athlete started as a school-level Kabaddi player, before he switched over to high jump. He was also a part of the 4×400 m relay team, from where he decided to shift his focus to 100 m and 200 m sprint. It took relentless hard work and spunk to attain this mark. Earlier, to afford his training and dietary needs, Dharambir was selling life insurance policies in and around his village. He was earning Rs 16,000 per month. Whereas, his training to aim for the Olympics would usually cost him Rs 40,000 a month. At this point of time, people from his village Ayajab came to help him. The village Sarpanch contributed sum of Rs 4.5 lakh to buy equipment and pay for the training. Dharambir has attained this feat after overcoming a lot of hurdles in life. But he was determined and stood for his dream. We wish him all the best for the Rio Olympics.

The Logical Indian congratulates Dharambir Singh for his sensational feat and thanks him for reminding us and others through his life that adversity is a stepping stone to success.