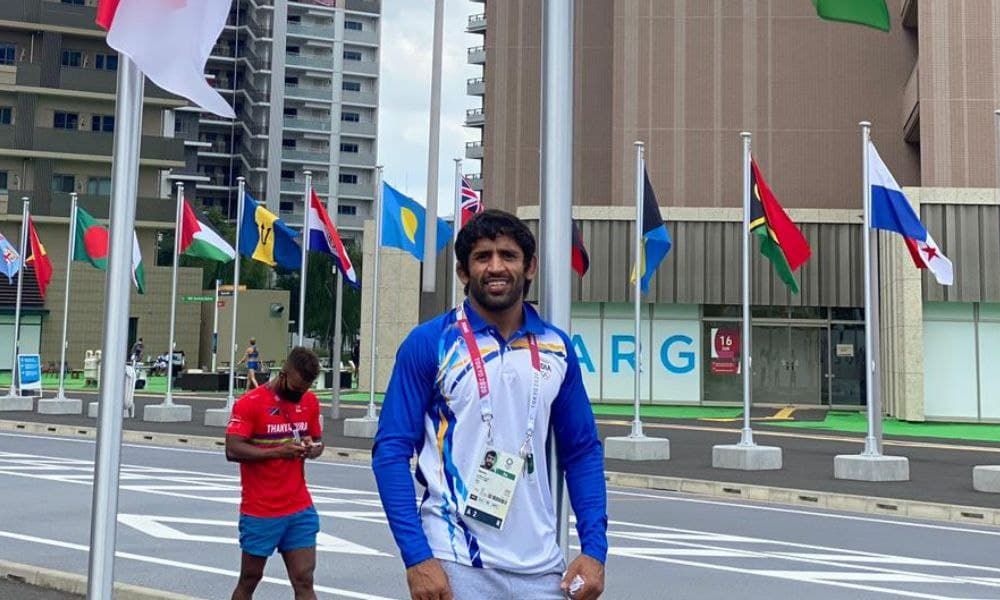 Wrestler Bajrang Punia Fails To Make It To Final; Will Compete For Bronze

India is hoping to win its sixth medal at the ongoing Tokyo Olympics when Bajrang Punia takes on ROC's Gadzhimurad Rashidov in the bronze medal match scheduled for August 7.

Bajrang Punia, who was deemed one of the best medal prospects in wrestling, failed to reach the Men's Freestyle 65kg final after losing 5-12 to Haji Aliyev of Azerbaijan in the semi-final on Friday, August 6. - The World No. 2 will now compete for a bronze medal against ROC's Gadzhimurad Rashidov in the Repechage round on August 7.

Bajrang Punia started strong and won the first point. Azerbaijan's Haji Aliyev was penalised for not attacking and got a 30-second penalty. The 27-year-old Indian wrestler tried to take Aliyev down, but the wrestler from Azerbaijan hit back on the counter and scored two points. He repeated the same move to lead 4-1 against Punia at the break.

Aliyev got lucky at the start of the second period, putting Punia to the ground and turning him around once. His efforts won him four more points. Punia managed to make up two points, but Aliyev had a comfortable lead of 9-3 at that point. Punia had added two more points to his name by the end of the match, but he couldn't catch the Azerbaijani. The fight ended 12-5 in Haji Aliyev's favour.

Punia Started At An Early Age

Punia was a big favourite to reach the final. However, the Haryanvi wrestler failed to replicate Ravi Kumar Dahiya's performance in the semis. Hailing from the same state as Ravi Dahiya, Bajrang Punia is also a student at the Chhatrasal Stadium in Delhi. Born into a family of wrestlters, Punia started wrestling at the young age of seven.

In 2015, he shifted to the Sports Authority of India's centre at Sonepat. Three years later, he moved to Chhatrasal Stadium, which has produced some of the finest wrestlers in the country. There he started training under 2012 London Olympics bronze-medallist Yogeshwar Dutt. In 2018, Bajrang Punia became the only male wrestler to bag gold medals at the Commonwealth Games and Asian Games. He also won a silver and two bronze at the World Championships.

Punia had cruised into the semis earlier in the day after defeating Iran's Morteza Ghiasi Cheka via a victory by fall. Before that fight, a timely take-down had secured his victory against Kyrgyzstan's Ernazar Akmataliev in his opening round.

India will hope to win its sixth medal at the ongoing Tokyo Olympics when Bajrang Punia takes on ROC's Gadzhimurad Rashidov in the bronze medal match scheduled for August 7.