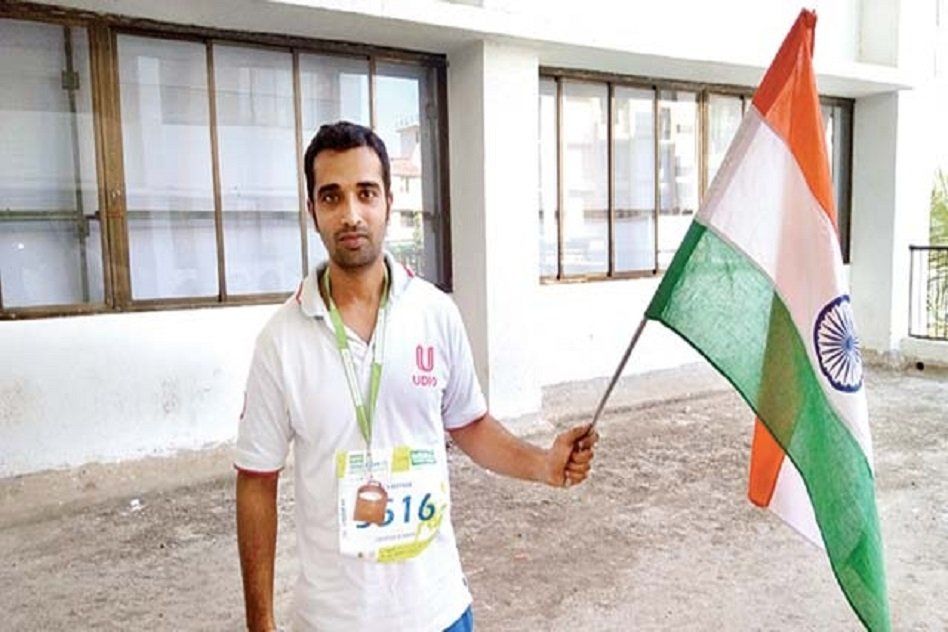 Meet Deepuk Kanal: The Man Who Can See From The Back Of His Head

Pedestrians and motorists were left in shock on early Sunday morning. The reason was a man who was running backwards!

The man in question is Deepuk Kanal. He is a 33-year-old techie who resides at Mira Road East in Mumbai. Deepuk graduated with a Bachelor of Computer Applications degree and is currently employed by a private firm.

On Sunday, he was participating in Vasai-Virar Mayor’s half-marathon. The other participants were left dumbfounded when Deepuk touched the finish line, breaking the national record in the process, all while running backwards.

He completed his first half-marathon (21 km) on Sunday, running backwards, majestically carrying the national flag in his hand. The time read 03:28:04 hours, breaking the national record. The previous record was 04:03:34 hours set by Major Nitin Joshi of Indian Army at Hyderabad Airtel marathon in August 2015.

According to a report in DNA India, Deepuk spoke on the need for spreading awareness about keeping the environment clean.

“I wanted to spread awareness on the need to keep the city green and clean. Running backwards would help grab more attention for the cause and will take the message to more people,” said Kanal, who was felicitated during the awards ceremony after the marathon.

When inquired how he managed to pull it off, the 33-year-old said, “I used to practice on the sands near the sea, which helped in a big way.”

On his parents’ reaction to him running backwards, Deepuk said, “They were initially confused and shocked, but supported me. Now I know that they would be proud of me.”

“In fact, running backwards helps one burn more calories. It also helps maintain mental balance and keep the coordination of the body intact”, he added.

The Logical Indian congratulates Deepuk on his achievement and wishes him the best for future record breaking adventures.