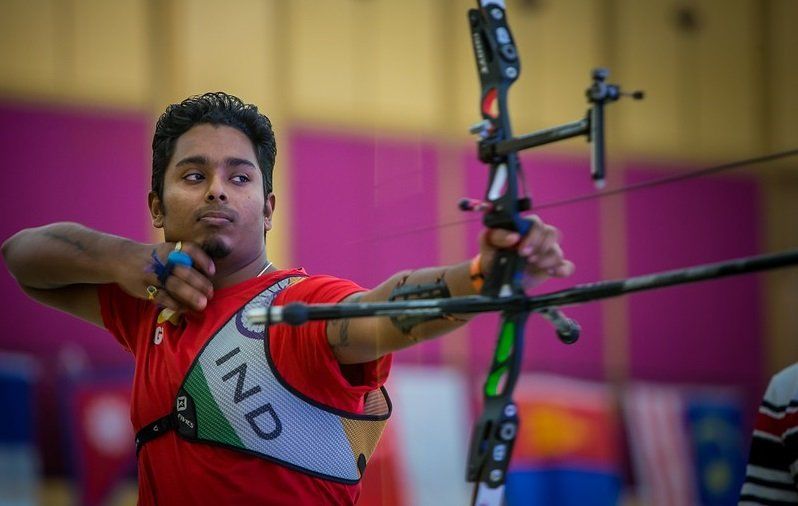 Bengal has always been a great sport-loving place regardless of whether the people are ghotis or bangals. It’s quite normal to overhear debates on East Bengal-Mohun Bagan, Brazil-Argentina, Pele-Maradona at tea stalls, coffee shops and restaurants. Like other states, at the heart of the city with its old world charm are its people. People who celebrate everything from festivals to sports.

Even after Sourav Ganguly’s arrival, the state has produced some eminent sportspersons of national and international repute. Dibyendu Barua in chess, Dola Banerjee in the field of archery, and Poulomi Ghatak and Mouma Das in table tennis to name a few. Sadly, no one has taken the mania to another level as the ‘Prince of Calcutta’. He shares a special relationship with the people, a bond which not even Sachin Tendulkar shares with his home city. But after Dada succeeded late Jagmohan Dalmiya as the chief of Cricket Association of Bengal, Bengal has found a new ‘Prince’.

That ‘Prince’ is none other than Atanu Das.

Even though Atanu participates in World Cups, he struggles to get Indians to watch his matches. But he has succeeded despite the lack of support. The 24-year-old’s success in the past year has earned him the title of India’s archery prodigy.

From the first bow worth Rs. 30,000 to shooting at Sambodromo, his rise has not been smooth. Although most Indians tend to think of archery as “find a bow, pick up, arrow, and shoot”, it’s not quite like that. Maybe, it was that easy in the Ramayana and Mahabharata.

In a way, India’s connection with archery goes back a long way. After Limba Ram equalled a world record feat at the Asian Championships in 1992, there was a renaissance in the sport. Many young boys took it up after this. But the game slowly faded until Dola Banerjee’s World Cup Gold in 2007. It was the same year when Atanu participated in the Nationals for the first time and won a medal. From then on he never had to look back.

His first Olympic experience was at the youth level in Singapore, where he finished a disappointing 17th. Six years later, he went to Brazil, seeded fifth in the global ranking.

Atanu became the top-ranked Indian male archer in 2011 and since then has been winning medals in the team and mixed events. He kept progressing, but after the silver in Wroclaw in 2014, he lost foothold for some time. A change in equipment in 2015 ensured he qualified for the Asian Championship which happened to be the last tournament of the year and his first.

Three months before the all-important Summer Games, he clinched two bronze medals – one with Deepika Kumari and then by pairing with Jayanta Talukdar and Mangal Singh Champia in men’s team event. While the mixed pair of Deepika-Atanu got the better of South Korea in a nerve-wracking shoot-off, the men’s team put up a commanding show to blank England with a series of perfect 10s.

A month later, in June, the young boy who started on the northern outskirts of Kolkata, recorded his highest individual finish, fourth, at the 2016 Hyundai Archery World Cup in Antalya, Turkey. His bronze-medal match against the top-ranked player in the world, Kim Woojin, was phenomenal. After running away with a 4-0 lead, Atanu lost the game in a so near yet so far shoot-off, which saw the Korean’s arrow being nearer to the centre (but by millimetres, if anything), which gave him the win.

The men’s team losing the quarter-finals in Antalya meant that India settled for a single men’s invitation to Rio de Janerio. All three archers competed against each other in Bangalore to take up the spot, and Atanu won.

The Bharat Petroleum employee showed great composure and skill to finish fifth in the qualification round at Brazil’s historic Samba street. A total of 23 perfect 10s in the final set of 36 arrows gave him a score of 683 out of the possible 720.

He began his elimination round against 60th ranked Jitbahadur Muktan of Nepal and went on to beat Cuba’s Adrian Andres Puentes Perez to go through to the round of 16. Shooting amid heavy rain, Atanu went down 4-6 to World No.8 Lee Seung-Yun after losing his nerve on a couple of occasions. In the decisive fifth set, Atanu and Lee were tied 19-19 after the first two arrows. While Lee managed a 9 off his final arrow, Atanu needed to go one better to take the match into a shoot-off. He struck a 9 which was not enough to take him to the final eight.

Players and fans know consistency in archery is 50% of the challenge. We have seen how the best of the best archers have fumbled under pressure. But the Rio experience gave him the air of a wounded cub with fire and brimstone shining on his face, someone not to be messed with at all.

Fittingly, recognition has come his way. After such a stellar performance at the Rio Olympics, the archery world hails him as one of the favourites in Tokyo. A teenager who spoke less and believes in deeds now has the task of carrying the hopes of a billion people in the years to come. To put Atanu’s prospect as an archer in perspective, in April, he will turn 25. While it’s hard to maintain the performance curve in International archery, the good thing is that he hasn’t let pride follow his many achievements.

Shortly after finishing ninth in his Olympic debut, the product of Tata Academy was motivated to improve his level. He scored 593 out of a possible 600 points in the men’s recurve qualification round at the second stage of the 2016/17 Indoor Archery World Cup in Bangkok, Thailand. Atanu went down (2-6) to the eventual gold medallist Kim Jae Hyeong and was edged 4-6 by Lee Jong Young in the bronze-medal playoff.

Thanks to these great results, Atanu ends the year 2016 in the 14th spot of the World Ranking – and he will clearly be among the favourites to shine in 2017. Also, this sets him up perfectly to improve his fast-growing medal collection. The next two years will be big for Atanu. Once he gets the World Cups and World Championships out of the way, the focus can turn towards the Tokyo Olympics.

Atanu has age on his side and his experience in August will certainly be invaluable to him. He is a prime example of grit and fortitude. It is unfortunate that Indian journalists and athletic agencies don’t recognise what the rest of the archery world sees.

At 24, Atanu Das is a name to reckon in world archery. Three things elude him at this moment – a World Cup gold, an Olympic medal, and with it, a place in history.

Then, perhaps, only then will India make its peace with archery.