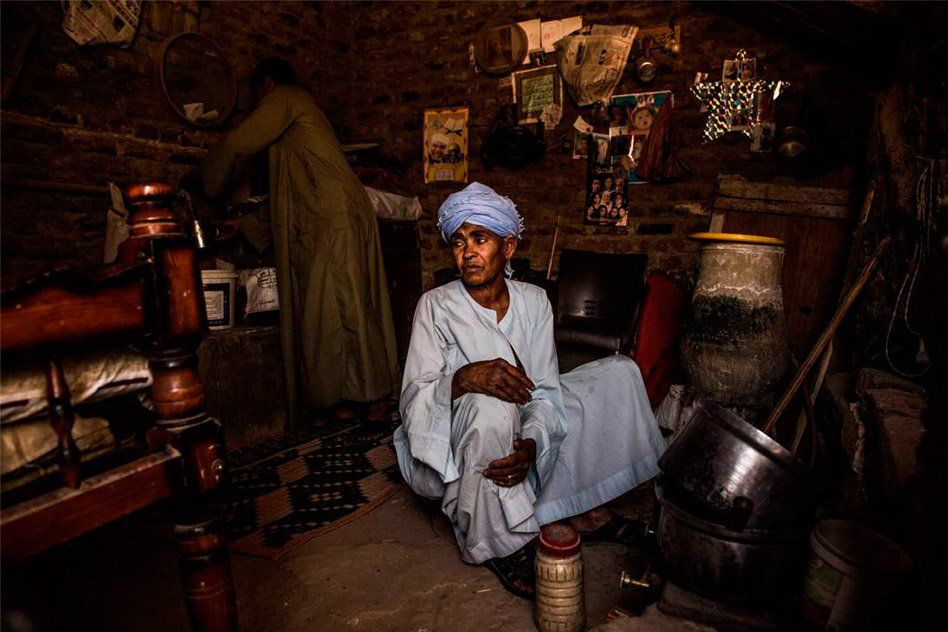 Back in March, the Egyptian government honored Sisa Abauu Dauh El-Nemr as “the ideal mother.” And very rightly so.

Sisa has spent 43 long years of her life dressing as a man so that she could work and provide for her child. What has brought her hardships to the limelight now is a documentary made by a Russian English-language news agency, which focuses on her and her unconventional story. Sisa’s husband passed away when she was six months pregnant. After a month of giving birth to a baby girl, the inevitable pressure from the family followed – to get remarried.

“Remarry? And who’s going to take care of my daughter? I’d rather eat dirt and feed stones to my daughter, than find myself another husband,” a determined Sisa recalls.

In a nation like Egypt, where gender equality is still struggling to take hold, Sisa defied the norms back in the 1970s and decided to work outside the home. She picked exhausting ‘manly’ jobs over easy and convenient ones — “I preferred working in hard labor like lifting bricks and cement bags and cleaning shoes to begging in the streets in order to earn a living.” But what led her to take this decision of posing as a member of the opposite sex? “If I hadn’t, no one would have let me work. So as to protect myself from men and the harshness of their looks and being targeted by them due to traditions, I decided to be a man… and dressed in their clothes and worked alongside them in other villages where no one knows me.”

Although, eventually she was able to work openly as women working became more common in Egypt, she has grown accustomed to wearing men’s garb and prefers it even today. “She even dresses this way at home,” her daughter, Houda, says.

Sisa still works as a shoe shiner and at a small kiosk in her hometown of Luxor.

Interestingly, men who know Sisa are all praises for her, as can be seen in the documentary video. One man said, “She’s great! One-hundred percent!” while giving a thumbs-up. “She’s worth a dozen men,” remarked another.

We couldn’t agree more. Sisa’s steely willpower and not-caring-what-the-society-thinks bold attitude makes her a symbol of defiance for not only the mothers, but every person around the world. She indeed is an inspiration for all of us.