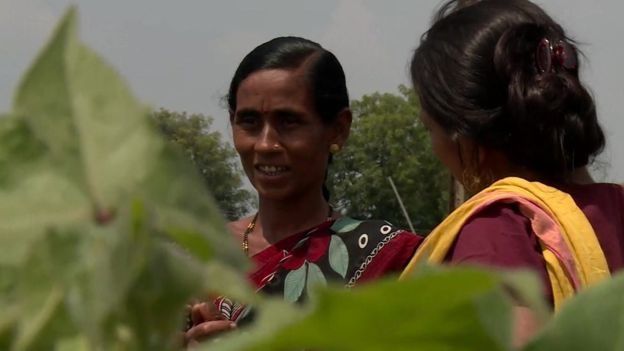 Nearly 70% of the rural population depends on the agriculture sector to earn their livelihoods. And this area contributes about one-third of the nation’s GDP. The male-dominated farming industry finds it hard to accept women as part of their arena. These women not just broke the stereotypes, but also earned their place as some of the most inspiring women on a global list.

Rimpi and Karamjit’s Tale of Success

Rimpi Kumari and Karamjit started farming seven years ago when their father passed away. They own around 32 acres of land. Rimpi left her job in the IT industry to grow soybean, rice and wheat by using advanced farming technology. She now produces, even more crop than her father used to. In a village where people believe that girls of Rimpi and Karamjit’s age should get married, these sisters are challenging the stereotypes. Despite the disapproval of the villagers, their mother and brother stand by their side.

Their mother says, “If you give opportunities to girls, if you allow them to grow, they can fly high. They just need their wings unclipped. I have always believed in my daughters. They show that daughters can surpass sons,” in an interview with the BBC.

The one place that Rimpi feels uncomfortable is the grain market, where she is the only woman. To overcome this discomfort, she wears shirt and trousers so that others also take her seriously.

Vaishali Jayawant Bhalerao, 40, a widow and a single mother of two lives in a brick home in Maharashtra. She started farming after her husband’s death six years ago. Her husband took a loan to educate their children. But after the failure of the crop, and the surmounting debts, he committed suicide. She had to take over the five-acre farm then. Today, she grows cotton, pulses, and soybean. Initially, the men in the fields didn’t consider her good enough. But she has mastered her work to feel confident about herself. She is earning enough to send her children to school. Though forced by fate into farming, Vaishali has come into her own in the fields.

In a sector predominantly occupied by men these women are the champions pushing aside all the taboos. Rimpi and Karamjit made a place for themselves in BBC 100 Women 2015 list. Every year BBC recognises the most inspirational women from all around the world.

The Logical Indian community salutes these woman of substance and wishes them more power to stand up against old mindsets.