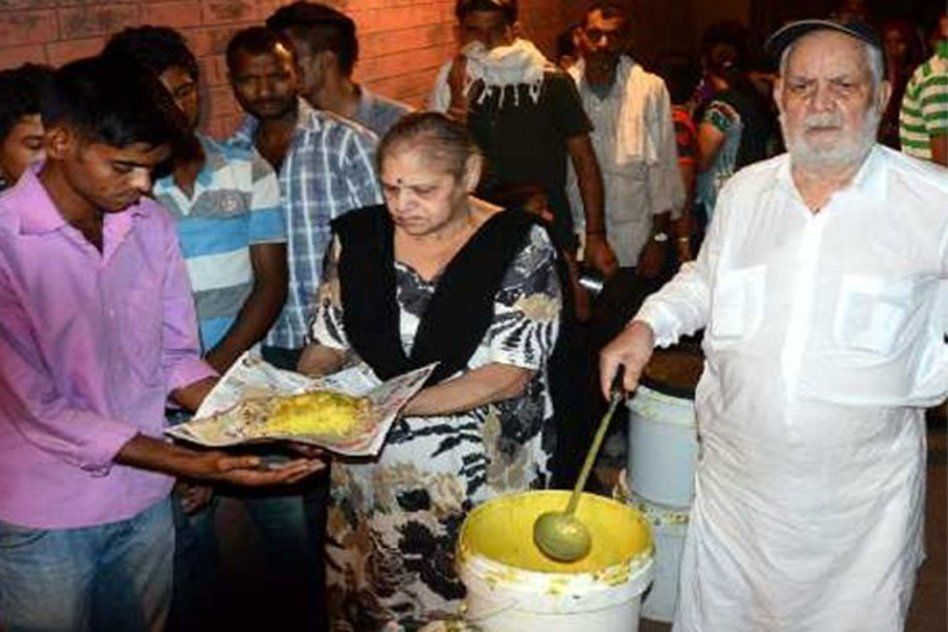 To Offer Free Meals To The Poor, This Billionaire Sold Almost All His Properties

A few months back we covered the story of V. Venkatraman, a common man who distributes 20 tokens daily for Rs. 1 meals at Erode General Hospital in Tamil Nadu.

There is an old Byzantine proverb “He who has bread may have many troubles; he who lacks it has only one”.

Coming from Chandigarh, here is another story of a philanthropist who has been distributing food for free outside Hospitals for more than a decade now.

Every evening outside Post Graduate Institute of Medical Education and Research (PGIMER) and every afternoon at the Government Medical College campus in the city, Jagdish Lal Ahuja has been serving free meals, each comprising three chapattis, aaloo chana, halwa, a banana and a pack of sweets or biscuits. People start forming proper lines along the boundary wall of the hospital as soon as they see a white SUV arriving, with “Jagdish Lal Ahuja, PGI Bhandare Wale, Chandigarh” written over it. Jagdish Lal Ahuja then lays a table to place utensils on it with some of his helpers to start what is now commonly known as ‘Baba’s Langar’.

These meals are a blessing for the hundreds of relatives of poor patients who come from faraway places to these reputed hospitals for what is many a times an expensive treatment.

Having turned 80 now, he has been doing it for the past 15 years continuously without taking a break. And where does the money comes from? The old man has so far sold seven of his properties worth several crores to finance his philanthropic project.

“Once, while passing through PGI, I saw a man sitting near the boundary wall of the institute, who was distributing rice to poor people. I asked if no one stops him, he said no. The next day, that was January 21, 2000, I started distributing free food to people outside PGI,” he says. Since then, every day thousands of people are served free meal outside the two government hospitals. “Serving food to the poor gives me immense satisfaction and peace of mind. Moreover, the spark in the eyes of children and smiles on their lips when they see the food is what motivates me to do more and more for them. Until my last breath, I will keep serving them free meals.” he adds. Apart from free meals, he also distributes free blankets, sweaters, shoes and socks to the poor.

Jagdish Ahuja was born in Peshawar and came to Patiala with his family during the partition in 1947, when he was only 12 years old. Moving to Chandigarh, he sold fruits and vegetables on a handcraft, later becoming a wholesale vendor and coming to be known as the “banana king,” of the city.

The ‘king’ has already spent almost all of his fortunes for the poor.