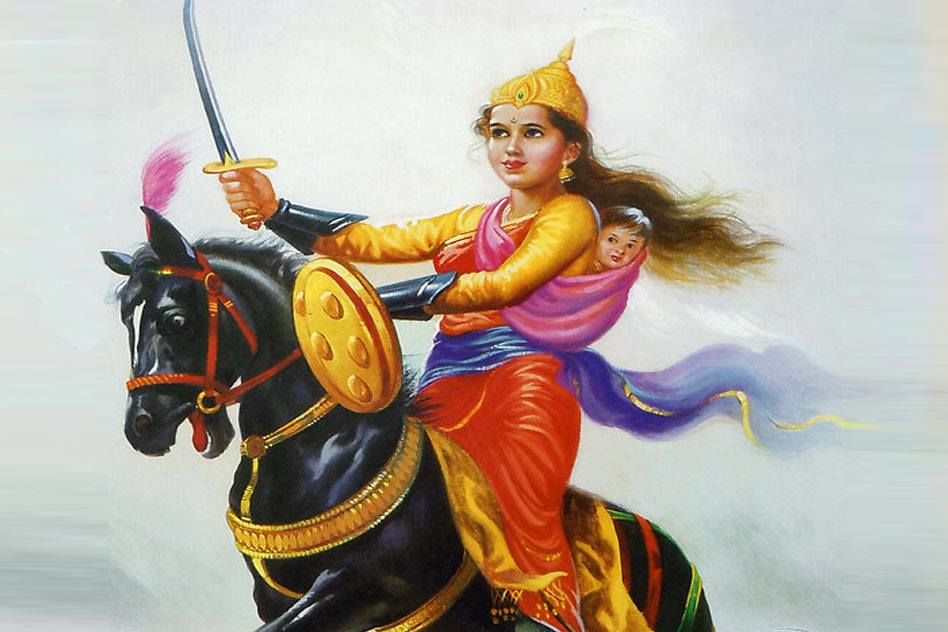 A Woman To Remember: The Queen Of Jhansi, Rani Lakshmi Bai

If we are independent today, we owe it to our freedom fighters. Over the years, several battles have taken place, led by many heroes which has changed the shape of India’s history. One such hero was Rani of Jhansi, ‘Rani Lakshmi Bai’ who is an epitome of bravery and courage. She was born to a Maratha family and since childhood she was ferocious and brave in every sense.

Born on 19th November, 1828 in Varanasi, Uttar Pradesh as ‘Manikarnika’ , Rani Lakshmi Bai would not only practiced self defense, archery, horse riding, but also formed an army of women in the Peshwa court of Bithoor.

At the age of 7, she got married to Gangadhar Rao, King of Jhansi. The marriage was short lived and after the demise of Gangadhar Rao, Rani was coronated as the queen of Jhansi.
The Britishers eyed the kingdom and tried to take advantage of Rani’s lack of experience. They considered Rani to be helpless but she was determined and denied them control of her kingdom. As there was no biological male heir, the state was annexed to the British Raj by the Governor-General of India under doctrine of lapse. Rani protested against it and adopted a son. She further formed an army of her own which also included women.

Britishers left no stone unturned to dethrone the Queen. They entered Jhansi and looted common people and killed many women and children. Lakshmi Bai decided to fought against the army instead of surrendering to the Britishers. Along with her army, she fought against the Britishers for almost two weeks. She carried her adopted son Damodar Rao on her back and took a sword in each hand, and killed many British soldiers. Her attack was a big set-back to the British army.

On 18th June, the British attacked Gwalior , the neighbouring kingdom from all sides and they also entered Jhansi again. Rani decided to break the military front and while she was trying to break it she came across a garden. As she was a new horse, she felt it difficult to control it. Ultimately she fell and got injured. Since Rani was in male warrior costume, the Britishers didn’t recognize her and they left her. Rani’s servant helped her up and gave her ‘gangajal’, which is considered a holy water. Her last wish was that she should not be touched a Britisher, and hence was burn by a hermit.

The Logical Indian remembers and honours one of the bravest Indian women on her 188th birth anniversary. We hope every citizen is inspired by her determination, strength, valour, and sense of justice.