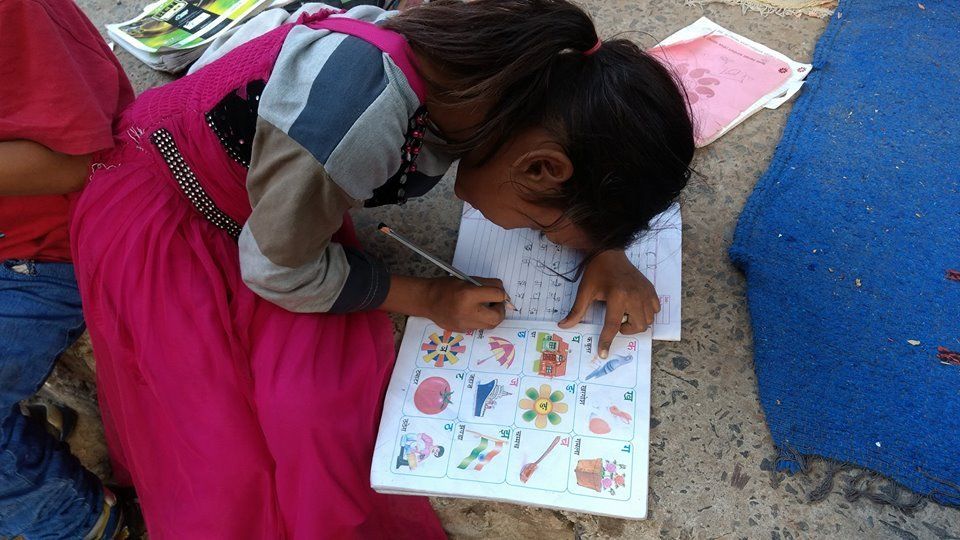 This Organisation Is Teaching 150 Students From Slums In Delhi

“I believe, just like community centres, education centres should be around every corner of the city. People should come forward to start such centres at their nearest places and should also inspire others to do so. Starting such centres doesn’t require a big budget. You just need a place to teach kids where children can come easily.” says Akash Tandon who now successfully runs a slum school in New Delhi.

Pehchaan, the street school, was started by two friends Koshika Saxena and Manik Goel. Every day a picture would always catch an eye of Koshika who would travel in the metro to Laxmi Nagar for her classes. She would get upset with the fact that besides the building of WHO was a slum. It was an irony caught many people’s eyes. She discussed her thoughts with her friends, and they felt the same too.

Coincidentally, she also met Afsana Praveen who runs a Mumbai-based slum school, and from there an idea originated to provide a better education for children. Thus began the journey of the school. Currently, Akash and many other passionate volunteers are running the school. Initially, it was difficult to convince and engage people, gathering students and making them regular. It took a lot of time, effort, energy, chocolates, and what not to convince the kids to study. It was a motivating factor that parents were already convinced to send their children to the school. The only worry was the financial conditions that were preventing the parents from keeping their kids in school. Lack of consistent education meant that these children did not know basic alphabets and numbers, and they were more involved in household activities.

Pehchaan came as a silver lining. Apart from classes, the group organises other events like health camps, social awareness camps, monthly competitions for students, festive celebrations, clothes distribution and also sponsors fees/stationary for some of them.

Though Pehchan is only 1.5 years old, there are already 150 students from surrounding slums and 50 volunteers whose hearts are close to the cause of providing a good education. There is still a long way to go. Efforts are also being made to admit kids to bigger schools so that they get a formal education. A draft related to all their problems is being prepared to find solutions and how the government can provide help. Speaking to The Logical Indian, Akash said, “We all have heard this saying ‘Each one, Teach One,’ but none of us has tried working on it. Let’s start this and make a better future.”

The Logical Indian wishes Pehchaan all the very best for their endeavours. We hope more and more children from low socio-economic backgrounds get the opportunity to build a better future.