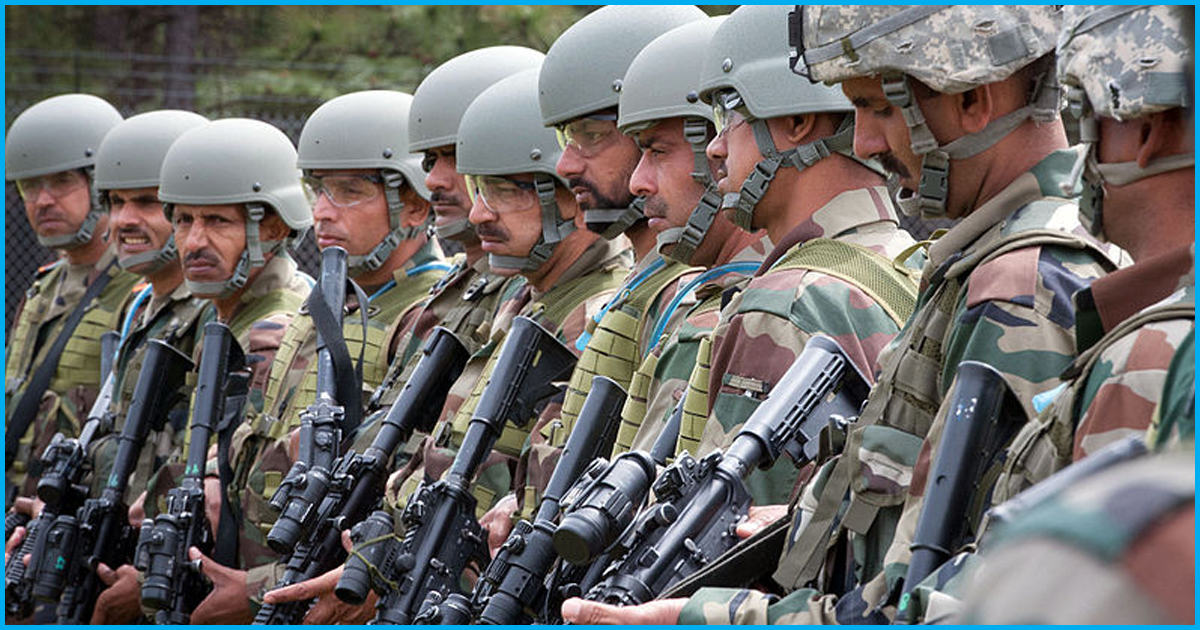 On Indian Army's Recommendation, Pakistani Captain Who Was Killed In Kargil War Awarded

The code of honour

Captain Karnal Sher Khan, a soldier of Pakistan’s Northern Light Infantry (NLI) along with his comrades, led a counter-attack on July 7, 1999, in broad daylight to recapture the Tiger Hill. The soldiers of both ‘8 Sikh’ and ‘18 Grenadiers’ could see his movements easily. Such was the intensity of the counter-attack that a platoon of the 18 Grenadiers reinforced the 8 Sikhs. Captain Khan was martyred fighting for his country, and 15 of their soldiers also lost their lives.“He brought in his troops for a counter-attack. He gave a very stiff fight and in the process lost his life,” says Lt Gen Mohinder Puri, Ex-Commander, in a video by CNN IBN.

To show respect for his efforts the Indian army even crossed the border and wrote a citation for Captain Khan so that he could get recognition for his brave act. “That is what distinguishes us from the rest of the armies, the way we treat our enemies,” added Lt Gen Puri.

HOW INDIAN ARMY RECOGNISED VALOUR EVEN OF THE ENEMY!Officers of both, 18 Grenadiers and 8 Sikh, watched a brave Pakistani Captain lead a counter attack to recapture #TigerHill. "It was suicidal for Capt Sher Khan to launch the attack in broad daylight because we could see his movements. Yet in the highest of military traditions, he launched the attack. It is a disgrace for any army to be evicted from a post and he wanted to save Pakistani Army from that disgrace.'' Pak Capt Sher Khan fought till the end till a hail of bullets snuffed life out of him. Even as he fell, his finger was curled around his gun. "We are a professional Army and respect another prof soldier, even if he is from the enemy side. And we would feel happy if a soldier like him gets recognition for his bravery.'' Capt Karnail Sher Khan, NLI was awarded Pakistan highest award, the Nishan-e-Haider on specific reference made by Indian Army. There were no survivors. No one to testify to his gallantry even as Pakistan Army denied any role in Kargil War and disowned own soldiers, refusing to accept their last and mortal remains. Indian Army gave a honourable burial to 200+ such soldiers.Video credits: CNN IBN #MoralArmy #HeroesInUniform #KargilWar

How Captain Khan got his due

For many years, Pakistan denied the involvement of their army in the Kargil war. It was in 2010 that Captain Khan was awarded Pakistan’s highest gallantry award, Nishan-e-Haider, on the recommendations of the Indian army. In the video by CNN IBN, Captain Khan’s brother Sikandar Sheikh says, “I am thankful to Allah that our enemy is not a coward. If people say India is a coward, I will say it is not true.”

According to The Indian Express, the Pakistan government made public the names of 350 Pakistani soldiers on the official website of the Pakistani Army, in a nondescript section titled ‘Shuhada’s (Martyrs’) Corner’. Most of these names were from the NLI.

Former President Pervez Musharraf admitted in his 2007 book, In the line of fire, that 357 Pakistani soldiers were killed and 665 wounded in the war. Although no official statement was ever given by Pakistani government. As per official Indian estimates, Pakistani casualties in the battle were in the range of 1,000-1,200. Approximately, 200 soldiers were buried in India itself.