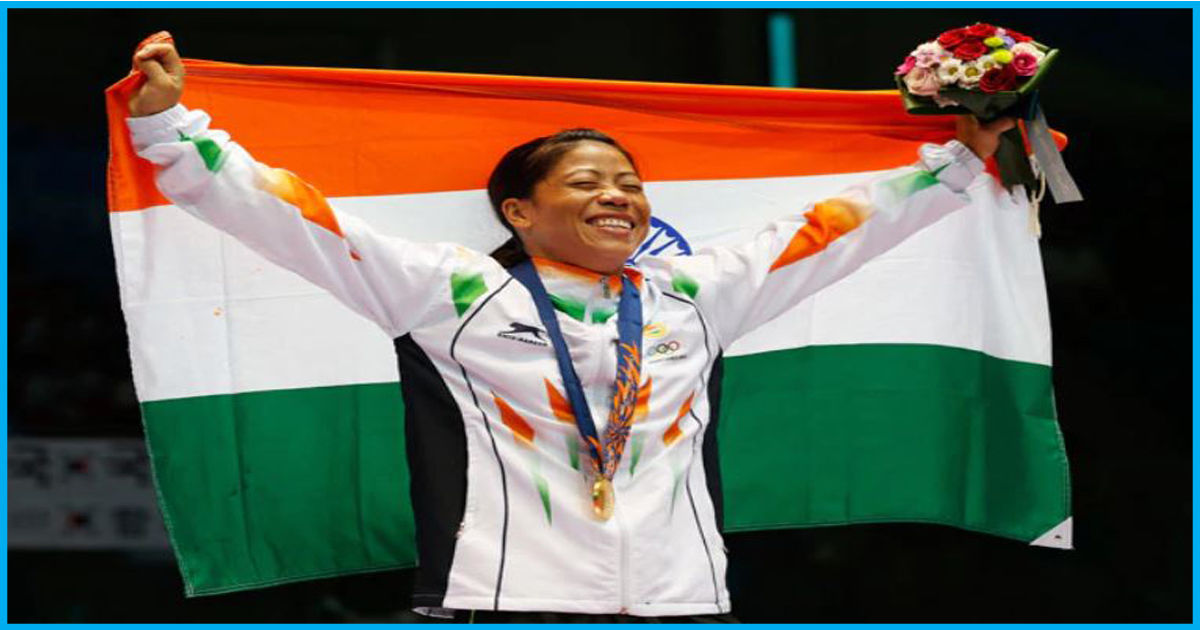 She won by a unanimous 5-0 verdict with the scoreline reading 30-27, 29-28, 29-28, 30-27, 30-27. This historic gold medal made her the most successful women boxer on the planet as she surpassed Ireland’s Katie Taylor who has six medals (five gold and a bronze) in World Championships to her name.

Yesterday’s victory also added a new feat to her name. With this gold medal, Mary Kom became the joint most successful boxer (men and women) along with Cuban legend Savon in the history of World Boxing Championships. After her win, accolades poured in for Mary from all corners.

A proud moment for Indian sports.

Congratulations to Mary Kom for winning a Gold in the Women’s World Boxing Championships. The diligence with which she’s pursued sports and excelled at the world stage is extremely inspiring. Her win is truly special. @MangteC

However, India Today reported a source as saying that Mary had to take medicines before coming out for her bout. She had reportedly been suffering from diarrhoea. However, she didn’t definitely allow her health conditions to take over.

Silencing her critics is a kind of art that Mary Kom possess since her childhood. Born in Kangathei village of Churachandpur district, rural Manipur, to a poor farmer family, she was always fond of sports in her early days. Her parents, Mangte Tonpa Kom and Mangte Akham Kom were Tenant farmers. She was a below average student in studies but always had a keen interest in sports.

She started her sports career with Athletics (especially javelin and 400 meters running), but was inclined towards boxing at the age of 15 when Dingko Singh, a fellow Manipuri boxer returned with a gold medal in 1998 Bangkok Asian games. Her father who was a former wrestler in his younger days was not in favour of her boxing career, as he was concerned about Kom’s face might get injured during boxing and spoil her chances of marriage. However, an adamant Mary kept her interest in boxing and did not tell her father until he learnt of it in 2000 when she won the state boxing championship. Looking at her dedication to sports, he later allowed her to continue boxing.

Since then she did not turn back and kept winning medals wherever she participated. Starting with her first medal (silver medal) victory at AIBA Women’s World Championships in Pennsylvania (USA). She has won 18 medals (14 gold medals, 2 silver medals and 2 bronze medals) until now at various international competitions. She is the first Indian Female boxer to win a medal in the Olympics Games. She has also won gold medals in Asian Games and Commonwealth Games. She also has six medals (five gold and one silver) in Asian Women’s Boxing Championship.

Citing her achievements, Government of India has conferred her with many awards and recognition. She has been awarded the coveted Arjuna Award in 2003, Padma Shri in 2006, Rajiv Gandhi Khel Ratna award (2009) and Padma Bhushan in 2013. She was also nominated as Member of Parliament, Rajya Sabha in April 2016.

Apart from this, she was also selected by The International Boxing Association (AIBA) as their brand ambassador for 2016 AIBA Women’s World Boxing Championships.

What is next for Mary Kom?

The current victory was not that easy for Mary Kom, as it seems to be. AIBA has been making many changes to its boxing weight categories in international events. Mary Kom had participated in light flyweight (45-48 kg) in most part of her career, but she was forced to go in Flyweight (51 kg) category in 2012, as AIBA reduced the number of weight categories to three (51 kg, 60 kg, 75 kg).

However, she managed to get a bronze but it was always difficult for her to compete in a new category. Unfortunately, due to some lacklustre form after a comeback from the birth of her third child in 2013, she could not qualify for the 2016 Rio Olympics. With AIBA initially planning to include 48 kg category in Tokyo Olympics, she switched back to her original category in 2018 and has won two gold medals (Commonwealth Games, World Boxing Championship) until now.

Speaking to media after her victory, she said, “I would like to dedicate this win to my country. I am a little bit emotional today. There is no (48kg) weight category in the Olympic Games. Because of your love and support, I feel I will be able to qualify for the Tokyo Olympics. Four years ago, I was not able to qualify for Rio. I am still suffering from that.”

“Thank you for your love and support. I don’t have anything to give except for a gold in the country. I know it will be a bit difficult for me to win a gold in Tokyo, as I will have to fight in 51 kg. Because of their reach, the taller boxers (who will be in 51 kg) will have an advantage. But I am still dreaming about winning the gold in the 2020 Olympics,” she concluded.

Also Read: Magnificient Mary does it again! Brings glory to the Nation!