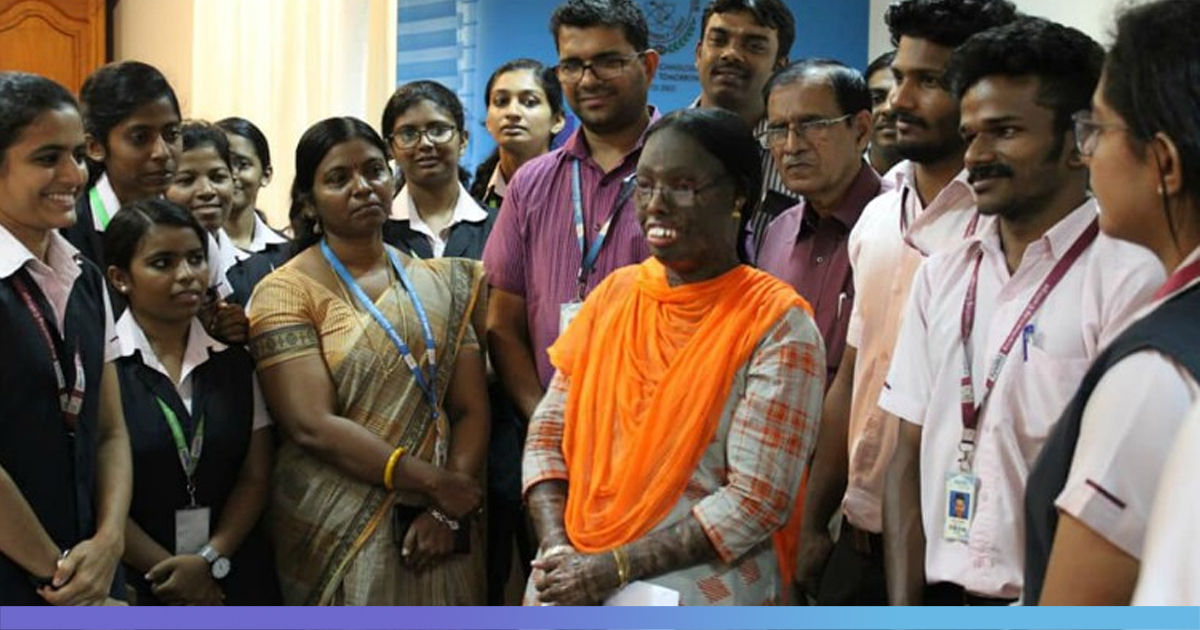 Suffering From A Severe Skin Disease, This Kerala Woman Is Fighting To Find A Job To Support Her Family

Born in Kerala’s Thrissur district, KV Preethi suffers a severe skin disease called Ichthyosis which causes deep painful cracks in the skin. Due to her scaly appearance, Preethi has dealt with all kinds of humiliation, embarrassment, and prejudices throughout her life.

While talking to The Better India, she said that her skin condition is so bad that whenever she is exposed to heat, her skin starts peeling off and her eyes start watering. All she feels at that time is extreme pain in the body

Living in a small tile-roofed house, it is difficult for Preethi to not get exposed to heat. However, she has made it a habit to take a bath frequently, so as to get some respite in summer. But in acute summer temperatures, Preethi feels unbearable pain as her skin starts shredding off faster. Although she has undergone many Ayurvedic and Allopathy treatments, the financial conditions of her family does not allow her to get permanent treatment from the disease she suffers, reported Mathra Bhumi.

Daughter of late Velayudhan, this 30-year-old woman comes from a highly impoverished family where the only bread earner was her mother who worked as a coolie. Even Preethi’s treatment was funded by the meagre wages earned by her mother. But as she started getting old and weak, Preethi’s brother had to take up the responsibility of supporting the family and funding her treatment.

“In such a miserable condition, I also want to do a job to help my family but no one wants to hire me just because of the way I look,” Preethi says.

Learning about her deplorable condition, some people have started helping Preethi. Her neighbour Hariharan Pangarappilli with the help of an expat group aided her in getting good treatment. She has also received more than Rs 50 lakh for her treatment with the help of a crowdfunding campaign raised by a social worker named Sushant Nilambur.

After getting huge donations for her treatment, Preethi says that she feels blessed and grateful to see people showing compassion to her. But she is still desperately looking for a job to support her family.

Preethi has completed her education up to SSLC, so she says that she might not be eligible to work in the formal sector, but she will be able to do household and cleaning work, which would cause her less pain.

Despite facing so many hardships in life, Preethi emerged a strong and kind person, someone who is loved by all her neighbours. But even after a lot of progress in society, most people still judge others on their physical appearance. People still fail to realize that there is much more to beauty than a face.