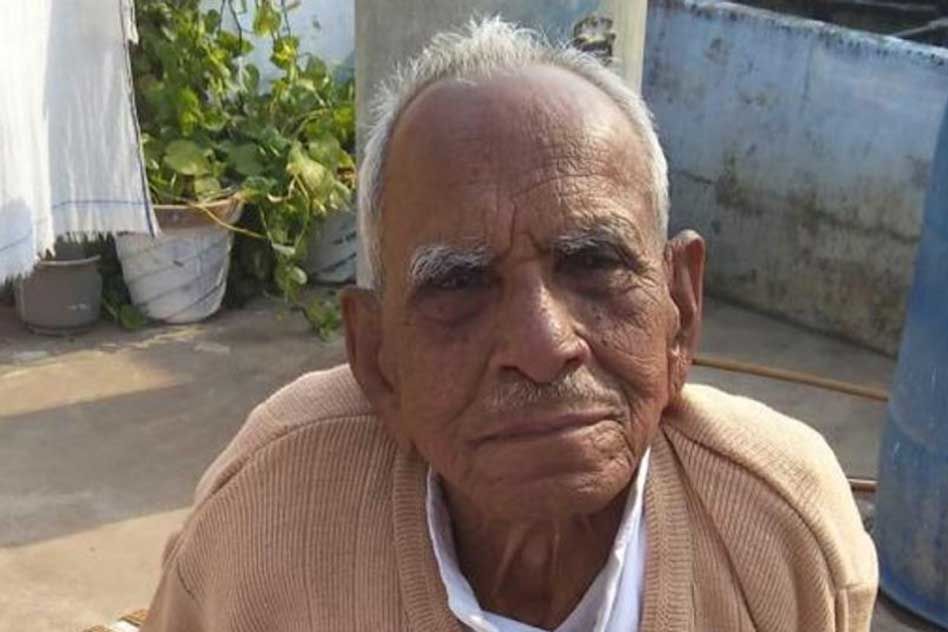 A Rare Politician: An Ex-MLA And Two Time Minister From UP Who Does Not Have A House

Jamuna Prasad ‘Bose’, an ex-MLA and two-time minister lives in a two-room house in the middle of Banda which is about 125 km from Kanpur, Uttar Pradesh.

The house he lives in is in a weak condition. The paint has fallen off the walls, and white patches have appeared. On the side walls, hang the portraits of Vinoba Bhave and Subhash Chandra Bose.

Amidst all this, there is a verandah with a charpoy where Jamuna Prasad ‘Bose’ soaks in the pleasant sun.

He struggled for the rights of poor which earned him his surname ‘Bose’ which he gladly uses.

He doesn’t remember when he rented the house. He believes it must be more than 50 years ago and he pays the rent through his pension.

Jamuna Prasad is 92-years-old. He has difficulty in hearing, and he asks people to speak close to his ears. But even today, he hasn’t given up helping others.

He smiles and says,”I haven’t retired from politics. My friends don’t allow me. I am still very busy with my work,” as reported by Hindustan Times.

Jamuna Prasad ‘Bose’ was born in Khinni Naka in Banda, Kanpur, Uttar Pradesh. His father served as a junior clerk with the Nagar Palika. He joined politics, and his friends pitched in money to fund his first Lok Sabha election in 1962. He contested again in 1967. He fought the assembly election in 1969, but he lost in all the trials.

“We had no vehicle then; we would use cycle or horse cart. My friends used to write political messages and slogans on a wall. They would also arrange public meetings. People would give us food, water with ‘ek aana, do aana, chaar aana’ as a donation. One rupee had a big value than,” he says.

In 1974 he became an MLA from Banda Sadar, and in 1977 he became a minister after winning the assembly poll. He was made Minister for Panchayati Raj and Rural development. He was inducted into the cabinet of Mulayam Singh Yadav in 1989 as Minister of Fisheries and Animal Husbandry.

Bose’s neighbour and friend Ram Sanehi Singh says that Jamuna Prasad ‘Bose’ could not even build a small house for himself. He also sold his ancestral home in Khinni Naka for Rs 1,000 in 1955 to fund his sister’s wedding. He never thought about himself and worked selflessly for people.

At present, ‘Bose’ does not live comfortably. Half of his pension goes to buy his medicines, and the remaining goes towards household expenditure. His family members and people would tell him that he could have done this and that, but he just smiles and says that he has no regrets.

Bose lost his wife long ago and is survived by his three sons who live separately and do not help him financially. One of them lives a retired life with his family in Lucknow. The second one is doing a small business in Banda, and the third son does not work.