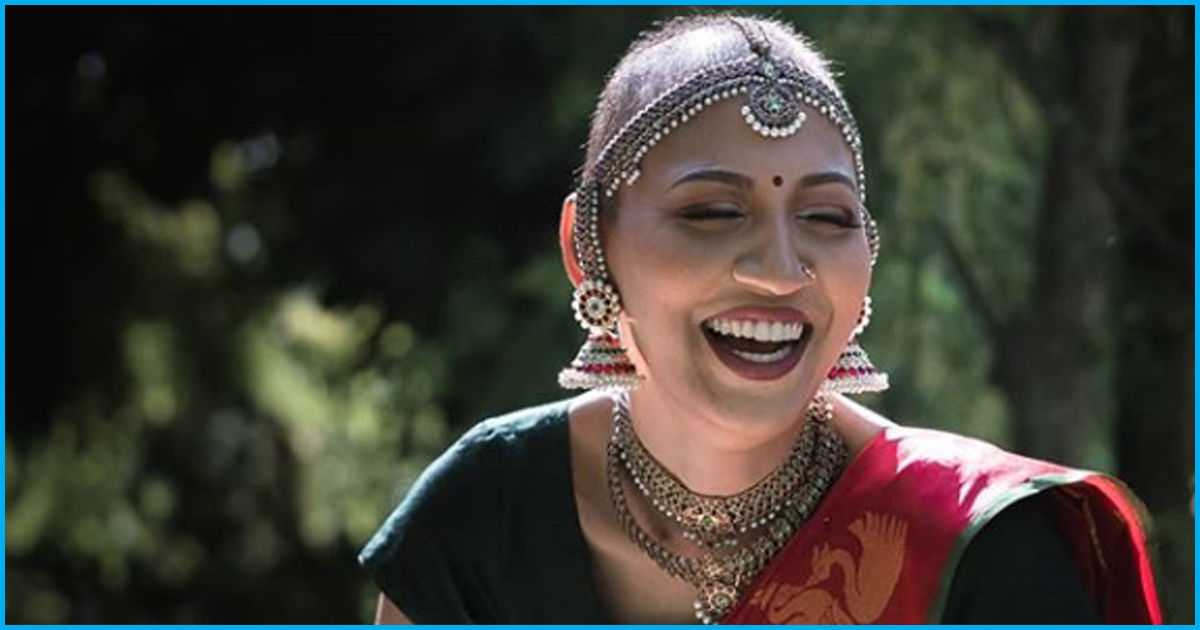 Bridal photoshoots are the in thing nowadays. Capturing the excitement, hesitance and joy of a bride for an event of a lifetime is a treat in itself. Vashnavi Poovanedran too featured in a bridal photoshoot, albeit with a slight difference, a delightful one at that. Poovanedran, a cancer survivor did a bridal photo shoot titled, “The Bold Indian Bride”. The photos are on her Instagram handle and one look at happy Poovanedran’s face is all the sunshine you would need for the day.

“Nothing can stop me….nope, NOTHING! Not even CANCER!,” reads the caption of one of the images posted by Poovanedran, who goes by the name-Navi Indran Pillai on the photo-sharing platform. Poovanedran, in another photo, said that cancer has robbed many of the beauty, confidence and given a lot of limitations. She further says that as a kid she always dreamt of how she would look like a bride but losing hair due to Chemotherapy was “the hardest thing” she ever had to undergo.

In 2013, at just 22, she was diagnosed with stage three breast cancer, as reported by News18. In 2015, after a lumpectomy and grueling sessions of chemotherapy, she was announced cancer-free. Unfortunately, a regular health check-up revealed that her cancer has returned. While such a news might break the strongest of us, Poovanedran is just made of a different substance. She chose to celebrate herself instead.

The shoot was done by photographer Celes Gerard. Gerard said in an Instagram post, “Navi told me her idea was to portray herself as a bride, but has got a load of complications to deal with, and this bride is going to be an example, that life still can go on if you put your heart to it. This bride, made the whole concept effortless for me!”

“There will be haters and doubters and then there will be you proving them wrong,” reads one of Poovanedran’s caption. And how true is that! Looking absolutely radiant in a bride’s attire adorned with jewelry and an infectious smile, Poovanedran gives hope to a lot of people across the world. Poovanedran, through this photo shoot rightly proves that what happens to us is not always under our control, but how we react to it is definitely is. The Logical Indian wholeheartedly congratulates her.