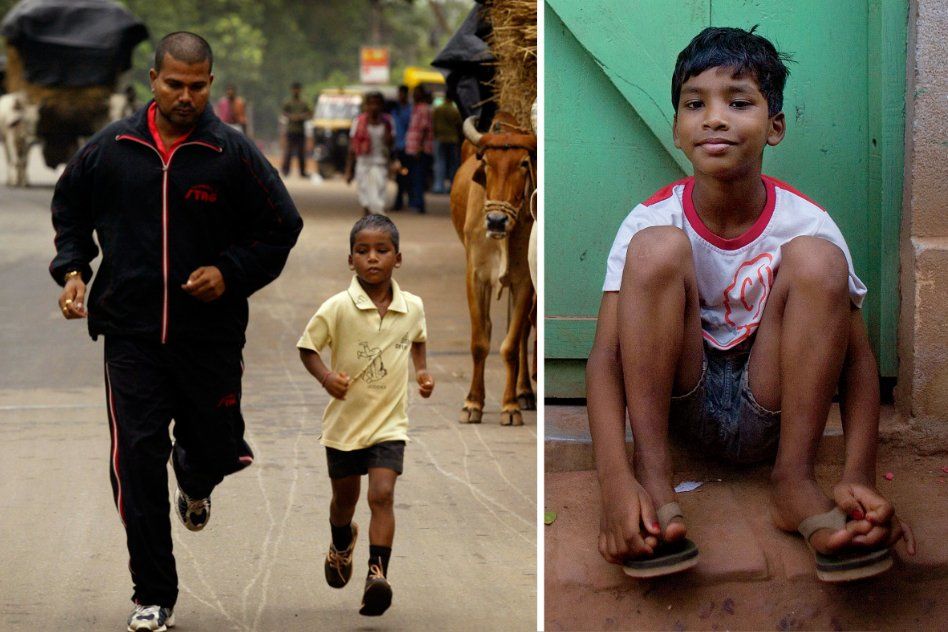 At The Age Of Four, This Boy Wonder From Odisha Became World’s Youngest Marathon Runner

Biopic based on this young talent
Just at the age of four, this boy wonder became world’s youngest marathon runner. Now, 14-year-old Budhia Singh, who entered the Limca Book of Records in 2006 for running 65 kilometres from Puri to Bhubaneswar in 7 hours, hopes to resurrect his career with the upcoming biopic on him. Budhia Singh has gained the stature of a legend in his state Odisha. By the age of five, he already had 48 marathons under his name.

From real to reel
Now his life will be depicted on the silver screen in the film called “Budhia Singh – Born to Run” directed by Soumendra Padhi. Budhia is elated about the fact that the role of his coach in the movie will be played by versatile actor Manoj Bajpayee. “When I saw the trailer, I realised that he (Bajpayee) looked exactly the same as my coach. He reminded me of my coach a lot. I then met Manoj sir in a studio. He said after watching the film, the government will remember Budhia again, then you can run again,” Budhia told PTI.

All he needs is a coach
Budhia was admitted to a state-run sports hostel in Bhubaneswar in 2007, for better training and education. For Budhia Singh, all he wants is a good coach who can help him achieve his dream. A problem in his knee has reduced Budhia’s average speed and also he was not treated properly in the hostel where he was staying. He hopes to get proper training and wants to see himself representing India in Olympics. “Budhia Singh – Born to Run” will hit the theatres on Friday, August 5.

The Logical Indian appeals to the community members to go and catch the inspiring movie of this boy wonder in theatres. The movie, if turns out to be successful, then it would help Budhia to get sponsors with which he can afford a good training as well as treatment of his knee. Let’s cheer for this prodigy and help him reach his dream.

Watch the trailer of the movie: