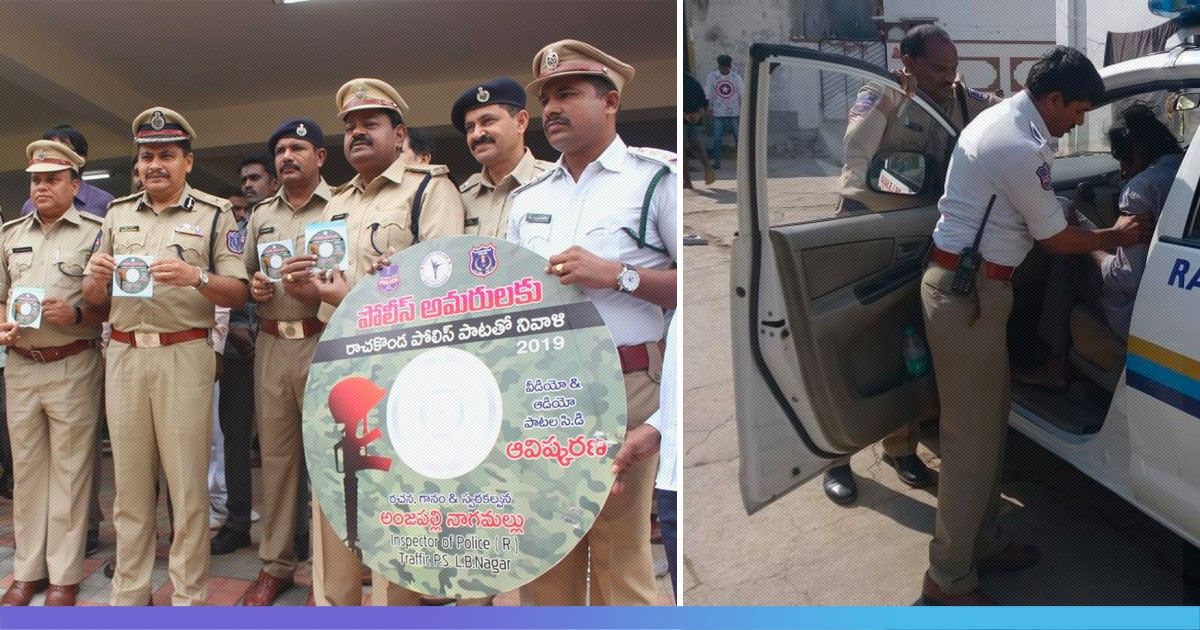 This Hyderabad Policeman Is Reminding Humanity To Society

Heroes are not the ones we see in fictional movies, saving lives with their supernatural powers. They are human and are the ones who think and manifest kindness. Popularly known as Police Anna (Police Brother), Anjapally Nagamallu is the new internet sensation for his heart-warming acts of kindness. He works as a Traffic Police Inspector at Rachakonda Commissioner for L.B. Nagar Division in Hyderabad. Recently, he won the hearts of people on social media by unhesitantly clearing the waterlogged road to avoid traffic jam at L.B. Nagar Circle. Speaking to The Logical Indian, Nagamallu said, “It was peak hour in the morning where everyone rushes to their respective works. I did not want them to suffer so I jumped in and took a container from the construction workers nearby and started clearing the water.” This is not the first time that he inspired people around him with his kindness. He has a YouTube channel with 8.6K followers where he posts videos on the tribute to human heroes, social awareness, child labour, women empowerment, and social evils. Interestingly, he sings out and demonstrates the message in the video. Though the videos are in Telugu and target the local audience, they are very powerful and transformational. Expressing modesty on his recent fame, the Police hero said, “There are a lot of people who are working for the society in silence and are not known to many. I came out so that I can inspire everyone around me to be kind and work towards the change. I want to extend a helping hand to the needy because I have seen the bitterness of poverty in my childhood and I do not want anyone to go through the same experience.”

He has a structured procedure to serve society and divided his social services into various categories.

He helped more than 80 people who met with accidents on the road and donated blood more than 25 times. He hosted awareness programmes in more than 100 villages and wrote 40 songs on social awareness. He recently constructed two houses worth Rs 75,000 and 1.20 lakhs for two poor families in Telangana. For constructing one of houses he had to loan money by mortgaging his gold chain and his daughter’s bangles. When asked if he ever feels demotivated for no return on what he gives, he said that whatever I give up are the luxuries I possess. It makes sense to me if I am able to provide shelter and save lives by giving up those luxuries. He follows a Telugu saying “Daana dharmam cheyakunna daari lo unna mullu theeyali” which means even if you cannot give money to the poor, at least remove the thorns from their way.