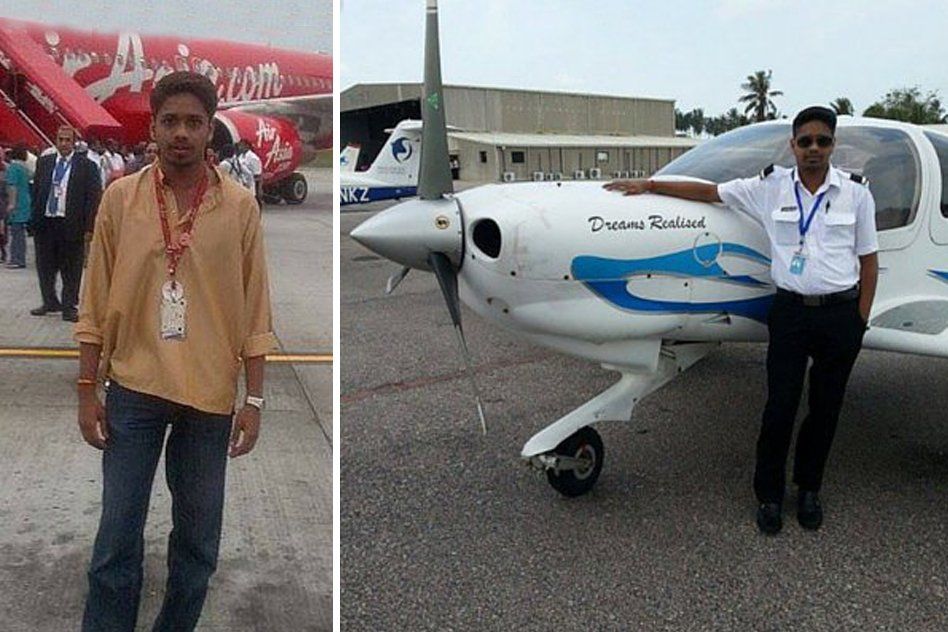 23 years ago, an eight-year-old lad watched an airplane at close range for the very first time when he visited the Penang International Airport in Malaysia. Kugan Tangiisuran was there to say his goodbyes to his father, who was travelling abroad, but instead fell in love with airplanes. His decision to become a pilot was one that never faded with passing time!

Today, after 11 failed attempts over 9 years, Kugan has finally accomplished what he set out to do years ago. His family belonged to the middle class and could not afford pilot training after Kugan completed his schooling. “I ended up studying in the hospitality management field and worked in various hotels in Penang for several years,” he said.

During his stint at the hospitality sector, a friend informed him of a great opportunity at AirAsia and encouraged him to take up an office job as the company was quite lenient with mobility between departments. Although he was offered the position of a despatch boy, he took it up enthusiastically without any complaints. He viewed the job at AirAsia as his first step towards flying planes.

In 2006, Kugan passed the exam to become a cadet pilot but a policy that compelled an individual to serve for a minimum of two years in a department dented his hopes. But this did not demotivate him one bit. Kugan continued his struggle with innumerable qualification tests. He never gave up!

His dedication and perseverance finally got him over the line in 2013 when he was accepted into Asia Pacific Flight Training (APFT) after passing all the required exams. He completed his training and became a co-pilot last year.

The courage it takes a person to pursue his or her childhood dream is tremendous.

The Logical Indian salutes Kugan for his achievement in spite of all the blockades in his path. If all of us had the zeal that Kugan possessed imagine what we could have become?