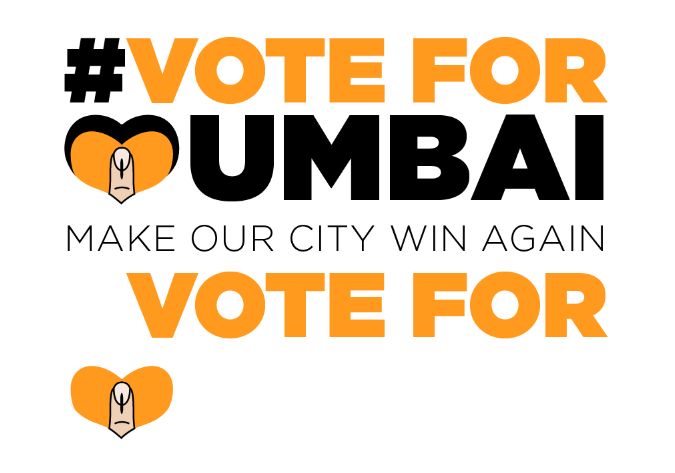 Appalled By Dismal Turnout Of Voters In Elections, Mumbai Youths Take An Initiative To Bring Voters To Poll Booths

Voter turnout is essentially a reflection of the inclusiveness and activeness of a democracy. In India, the 2014 general election saw the highest turnout in history, with 66.3% of eligible voters coming out to vote. The number is not particularly praiseworthy. Numbers for local elections are more dismal, with urban centres recording lower turnouts than their rural counterparts.

In 2012, the Maharashtra municipal elections saw an embarrassingly low voter turnout. Only 45% of Mumbai came out to vote. The number dismayed many observers, who argued that Mumbai’s relatively high literacy and status as a progressive metropolitan city were stained by the voter turnout.

Concerned for the political health of Mumbai, a group of students decided to take action. They formed “Vote for Mumbai”, a digital initiative aimed at creating awareness among citizens of the city to ensure that they take out 15 minutes of their time to vote for five years of their city. The goal of the campaign is to reach out primarily to first-time voters and the oblivious 55% of Mumbai who did not vote in the last election. With almost 98% of Mumbai digitally connected, the group believes that it can reach out to everyone. The students are enthusiastic and hopeful. They say, “The new BMC committee that will be elected will be elected by the people. If only 45% of 12 million people showed up, the party that would be elected would not be a proper representation of the people of Mumbai. 55% will help decide the fate of our very city for the next five years. And hence, Vote For Mumbai aims to get these 55% of the population to go to the polling booths and cast their votes.” Through “Vote for Mumbai”, the students want to highlight important issues such as the fact that complaints related to the city’s water supply have increased by 13% every year, that the BMC has a surplus of Rs. 43,000+ crore locked in fixed deposits and that Rs. 130 crore was spent on upgrading the BMC’s IT infrastructure (a look at the BMC website will tell you how well that money has been spent). The digital initiative, apart from motivating Mumbaikars to vote, wants to engage the city’s citizens in asking questions to the incumbents in the BMC. They want to ensure that all the parties have reasonable answers to the points raised so that citizens can make an informed decision and vote responsibly. “Vote for Mumbai” is a commendable and appreciable movement that we at The Logical Indian applaud. When the youth of this country take it upon themselves to make local and national government more universal and able to involve as many people as possible, that is when democracy advances and the level and reach of debate are raised. Join the conversation at www.facebook.com/voteforMumbai