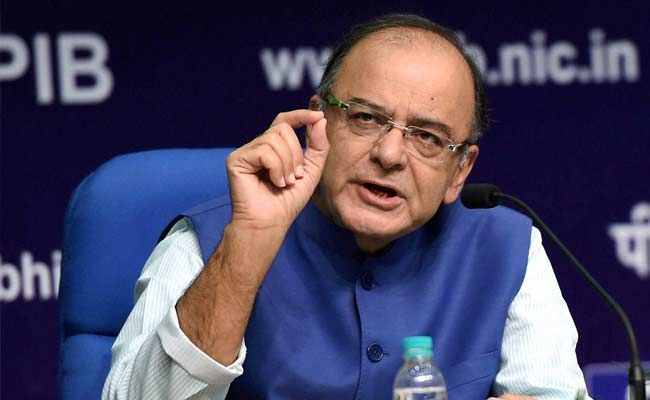 “Just now we have received the list of amendments. 40 existing Acts are proposed to be amended by means of this Finance Bill. When the original Bill was presented on 1 February, only 8 to 10 Acts were proposed to be amended … You can’t put other laws in a Money Bill. This is totally unconstitutional.” – NK Premachandran, MP from Kollam, Kerala, in the Lok Sabha, March 21.

The Finance Bill, 2017 is an unusual document.

Finance Bills are passed every year, and they usually do not cause major controversy and are passed smoothly, without many allegations of corruption or overreach.

This year’s Finance Bill, however, is unique for four reasons:

The Finance Bill, 2017 is one of the most controversial legislations to be passed in the halls of the Lok Sabha in years. Its scope is extensive, its implications are enormous, its overreach is alarming.

And yet, its knowledge among the masses is woefully constrained.

This article examines the questionable passage of the Finance Bill, 2017. The Logical Indian had published other articles on the contents of the Bill, arguing why they are damaging – from the powers it gives to tax authorities to its opening the door to unlimited political donations and enabling of electoral corruption.

Unlike the previous articles, this one questions the manner of the Bill’s passing, the unethical nature of it, and the destructive precedent that it sets. The Budget Session is when the Union Budget is introduced. The government presents it on the first day of February so that it could be materialised before the commencement of new financial year in April. The Budget is presented by means of the Finance Bill and the Appropriation Bill. It is preceded by the Financial Survey.

Now, the Budget Session in India split into two main sub-sessions with a recess period in between. This four-week recess period is provided for lawmakers so that they have time to analyse the government’s budget proposals and recommend any changes or proposals of their own. It is also a period when the public and the media can be enlightened about the proposals so as to have an informed public debate about the same.

The Finance Bill is governed by Rule 219, Chapter XIX of the Rules of Procedure and Conduct of Business in the Lok Sabha. The contents of the Finance Bill, 2017 have alarmed many people across the political spectrum. The 40 amendments, among other things, sought sweeping changes in taxation and campaign finance. Some of the major changes include lowering the legal limit on cash transactions from Rs 3 lakh to Rs 2 lakh and making Aadhaar mandatory for filing Income Tax Returns and for applying for a PAN Card.

The most contentious amendment, however, was the one on campaign finance. This amendment:

Main issues with the Finance Bill, 2017

In this issue, the questions raised in Parliament by NK Premachandran (the MP from Kollam, Kerala) are significant:

Issue #1: Most of the amendments were introduced in the last minute

On February 1, when the Finance Bill was proposed, the Finance Minister proposed less than 10 amendments.

After this date, as is custom, the House broke for recess and reconvened on March 9.

On March 21, when the Finance Bill was reintroduced, the Finance Minister now proposed 40 amendments.

The Finance Bill was passed on March 22.

This leads us to some self-evident conclusions:

Issue #2: The amendments’ purview and scope were unwarranted

Newslaundry columnist Meghnad S noted how the government exploited parliamentary loopholes to push the passage of the amendments. Rule 80 of the Rules of Procedure and Conduct of Business in the Lok Sabha states:

The government, however, exploited Rule 388 of the same document. Rule 388 states: “Any member may, with the consent of the Speaker, move that any rule may be suspended in its application to a particular motion before the House and if the motion is carried the rule in question shall be suspended for the time being.”

Besides its introduction, the amendments (as listed above) are extensive in scope and massive in influence. Money Bills are traditionally about financial matters like taxation; but the Finance Bill, 2017 will lead to sweeping changes in several ministries. Thus the Bill’s scope is massive – something unusual in a Finance Bill.

Issue #3: The status of the Finance Bill being a Money Bill was exploited

As the MP from Kollam, Mr Premachandran, had said, many amendments in the Bill did not fall under the purview of taxation, which is what a Money Bill is supposed to be about.

The Finance Minister, in response to Mr Premachandran, cited the definition of a Money Bill according to Article 110 of the Indian Constitution. Mr Jaitley argued that the meaning of the word “only” – that is, its context in the Article – is debatable. Citing Article 110 in the Lok Sabha, the Finance Minister said this: “So, the critical word, according to Mr Premachandran, is the word ‘only’ … that it is only the taxation proposals and nothing else, which … can find a place as far as the Money Bill is concerned. Now, with regard to this word ‘only’, right from the inception of this House, as to what is the width that this word ‘only’ permits has been a subject matter of debate.”

In response to NK Premachandran, Speaker Sumitra Mahajan ruled in favour of the government saying that parliamentary rules do not rule out the possibility of inclusion on non-taxation proposals in a Money Bill. She reportedly said, “I have accepted this. The Finance Bill may contain non-taxation proposals also. Now another thing is no doubt every effort should be made to separate taxation measures from other matters.”

The government has used money bills to pass non-taxation measures even before (like with the Aadhaar Bill). This is due to two reasons:

Issue #4: There was limited debate over the 40 amendments

If one understands the aforementioned three isuues, this becomes obvious.

Issue #5: The amendments were not shared with many MPs

To add to Issue #4, it was later revealed that many MPs did not even have access to the final draft or the text of the amendments. Without information of the debate, how can one expect informed debate – even when the debate is unacceptably brief?

To quote Newslaundry columnist Meghnad S: “There were 150 clauses in the original bill and the finance minister put in 33 new sections at the last moment and didn’t even let anyone know what they were. Even we were left scrambling trying to figure out what the heck is going on. [The] original Finance Bill, which Members of Parliament were given and were prepared for, was changed at the last minute. And on top of that, the changes were made to laws that don’t even relate to the Finance Ministry.”

In his Budget Speech on February 1, 2017, Mr Jaitley highlighted the need to cleanse the system of funding of political parties, which he said was corrupted with black money.

Mr Jaitley was fully correct in saying that – electoral reform is an urgent concern that needs to be addressed by the government – any government.

However, his statement also begs the question as to why the Finance Bill he proposed would open the floodgates to unlimited corporate donations, electoral corruption, and anonymous financing which would essentially put Indian democracy up for sale (explained here). Besides the removal of caps on campaign donations and the unwarranted authority it gives to tax authorities, the Finance Bill encourages the usage of electoral bonds and expands the scope of Aadhaar. Furthermore, as explained in this article, the manner of passage of the Finance Bill, 2017 was a mockery of democracy. The amendments were introduced in the last minute, they involved unnatural overreach, there was very little debate over the amendments in Parliament, and many MPs were not even given a copy of the Bill in the first place.

These issues are serious. And the government must justify them. The government must also, for the sake of democratic values and common sense, rethink many of the components of the Bill. This is especially true when it comes to the changes it proposes to electoral funding – these changes have the ability to irreparably damage our democracy and encourage special interests to trump public interests.

The Finance Bill is currently in the Rajya Sabha. However, due to the Bill being a Money Bill, the Upper House has little say over its passage. Therefore, as things stand, the Finance Bill, 2017 will invariably – and damagingly – become the law of the land.