Trump Effect Is Real. Student Visas To Indians Down 40% In 2 Years

The number of Non-Immigrant USA visas issued to Indian Nationals increased by 4 times between 1997 and 2017. The number of student visas has come down by more than 40% in the two year period between 2015 & 2017.

Ever since the President of United States of America (POTUS) Donald Trump issued an executive order imposing a 120-day suspension of the refugee program and a 90-day ban on travel to the United States of America (USA) from citizens of Iraq, Iran, Syria, Libya, Yemen, Somalia and Sudan, which was later struck down by the courts, there has been considerable anxiety and confusion among people from various countries who want to travel to the USA. Even in India, both students and job-seekers are confused about their plans to go the USA. Data from the US Department of State indicates that student visas to Indian nationals decreased by more than 40% in the two year period between 2015 & 2017 while the total number of non-immigrant visas has increased marginally to cross 1 million in 2017.

The following are some of the common visa categories in which visas are issued.

Business Visa (B-1): Consult with business associates, attend a scientific, educational, professional, or business convention or conference, settle an estate, negotiate a contract etc.
Tourism & Visit (B-2): Tourism, vacation (holiday), visit with friends or relatives, medical treatment, participation in social events hosted by fraternal, social, or service organizations, participation by amateurs in musical, sports, or similar events or contests etc.
Temporary Work Visa (H-1B): To work in a specialty occupation. Requires a higher education degree or its equivalent.
Dependent Visa (H-4): A dependent visa issued to immediate family members (spouse and children under 21 years of age) of the H-1B visa holders.
Student Visa (F-1): To enter the USA to attend university or college.
Intracompany Transfer (L): To work at a branch, parent, affiliate, or subsidiary of the current employer in a managerial or executive capacity, or in a position requiring specialized knowledge. 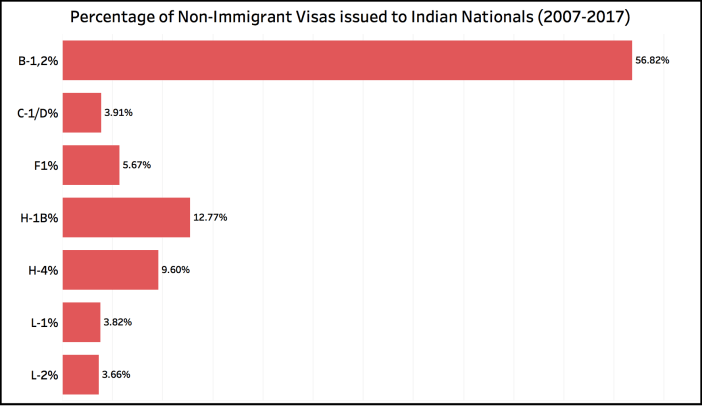 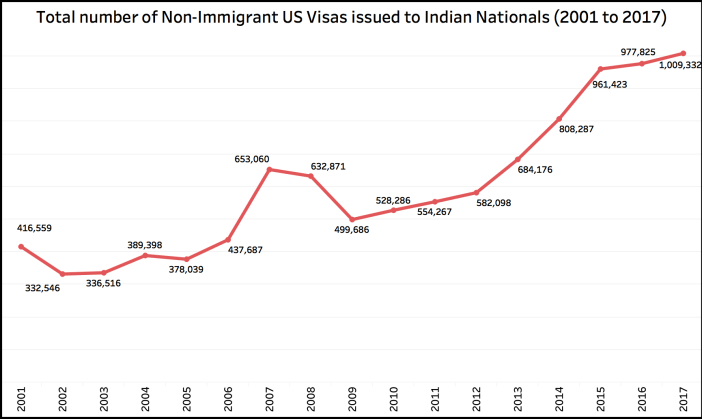 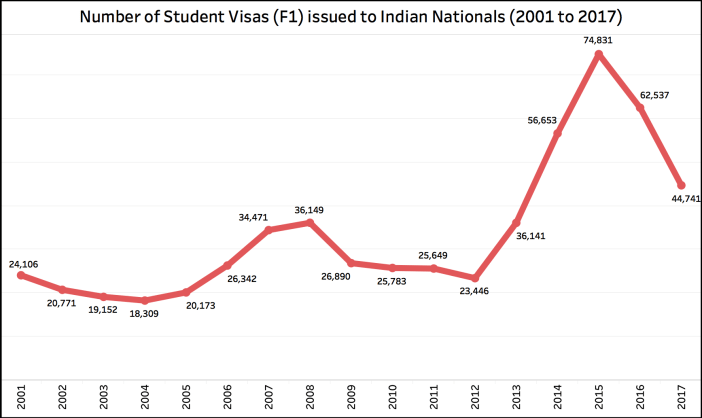 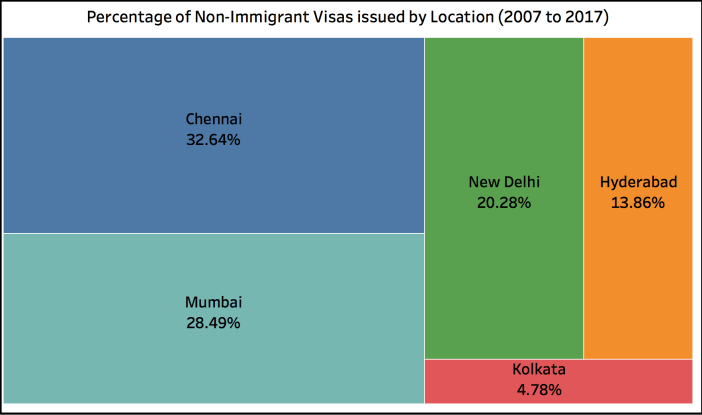