While the average number of terror-related incidents in Jammu & Kashmir have decreased fivefold during the seven-year period from 2011 to 2017 compared to the period from 2004 to 2010, the last two years (2016 & 2017) have seen increased terror activity with security forces suffering the highest casualties after 2007. This is also reflected in the highest security related expenditure in 2016-17.

Terror related incidents on the increase in the last two years 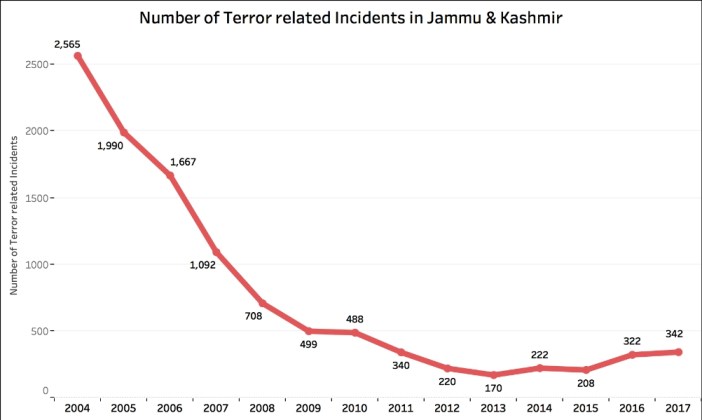 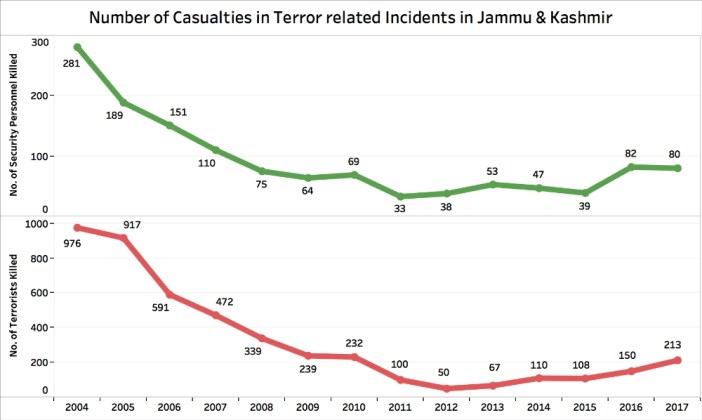 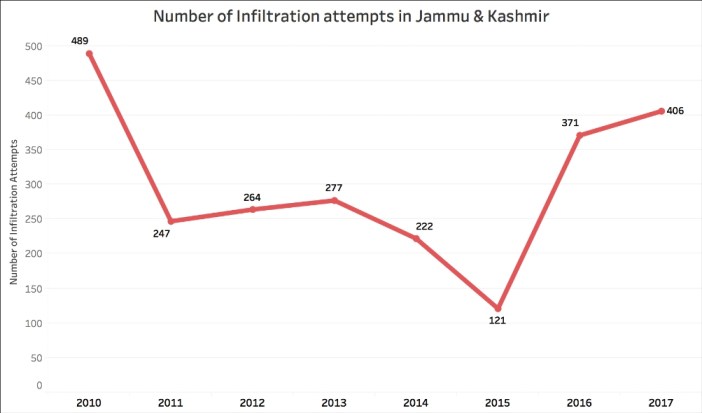 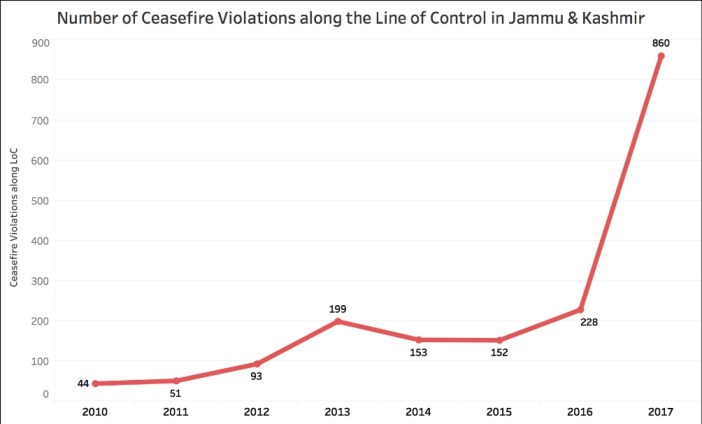 Security Related Expenditure(SRE) at an all time high

The Security Related Expenditure (SRE) scheme was introduced in 1989-90 and has two components. The SRE(Police) is to support the logistical requirements of the J&K Police to combat militancy in the state. The scheme provides for 100% reimbursement of expenditure by the J&K police for carriage of constabulary, honorarium of SPOs, logistical support to security forces (SFs), construction of alternate accommodation for SFs etc. The amount reimbursed in 2016-17 was Rs 1185 crore, the highest for any year so far, an indication of increased terror activity. In fact, this amount is more than the total amount reimbursed in the 4 year period between 2012-13 and 2015-16.

The other component of SRE is the SRE (Relief & Rehabilitation), which is to support the relief & rehabilitation of Kashmiri migrants who have been uprooted from the valley because of militancy. It also covers relief to Kashmiri & Jammu migrants, expenditure on return & rehabilitation of Kashmiri migrants, relief to next of kin (NoK) of civilians/security personnel killed in militant attacks etc. The amount reimbursed under this component also was an all time high of Rs 374.42 crore in 2016-17. 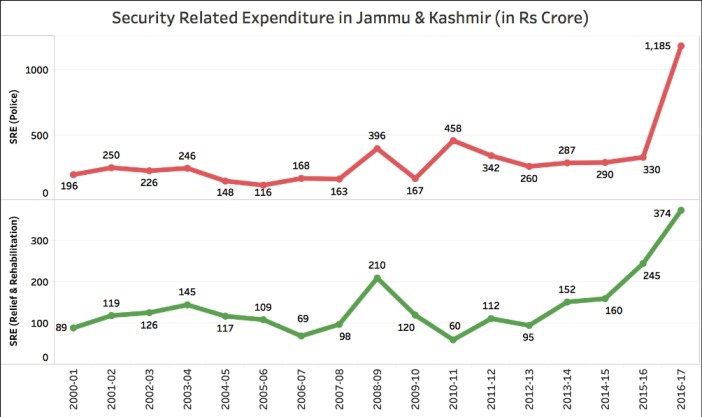