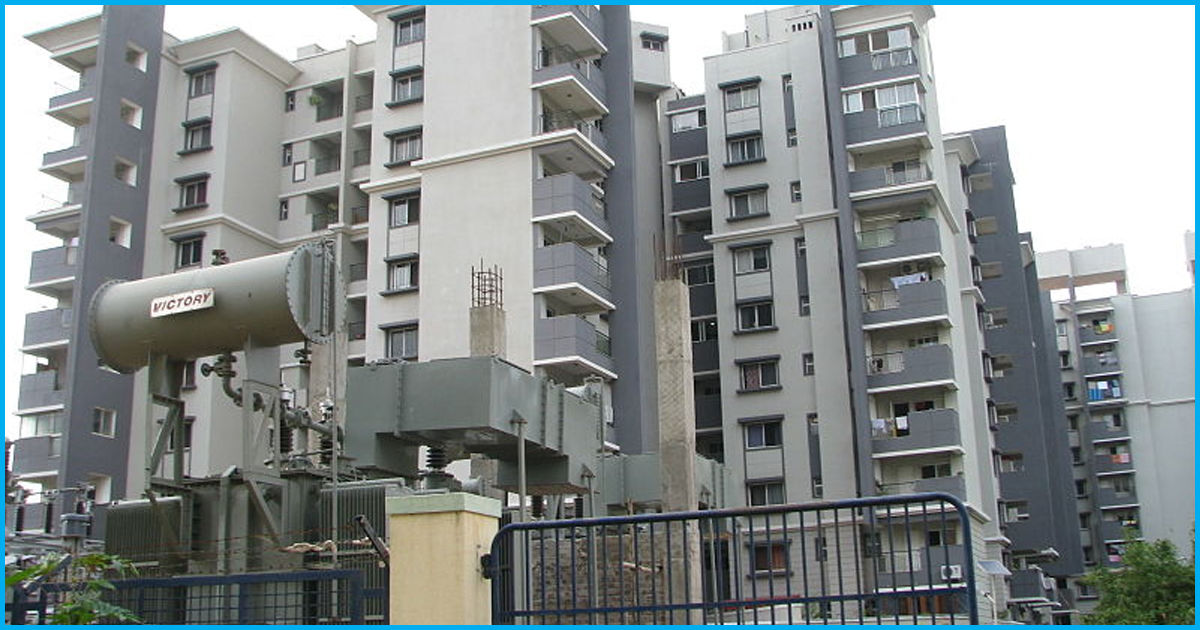 Shetty (name changed), manager at a Bengaluru apartment, dreaded the RWA meeting where he had to get members’ approval for common area electricity bills. RWA members invariably questioned him on the huge bill amounts, but he was unable to justify the bills or identify measures for saving.

The association was also unable to take concerted action, mainly because of the lack of data. Usually the association ended up taking ad hoc steps like installing LED lights, and brushes the issue aside. But the problem is revisited every year, with the same results.

Upto a quarter of maintenance charges is for electricity

Almost every day, Bengalureans hear of a new gated, high-rise residential apartment project being launched or advertised. These advertisements highlight attractive features of the project, like proximity to offices or shopping malls, but omit mentioning the substantial annual maintenance charges and civic challenges that come with such a lifestyle.

The maintenance charges collected from apartment residents cover the costs of many common amenities. It includes electricity charges for basic services like water pumping and common area lighting, and for the not-so-basic luxuries like heated swimming pools and clubhouses.

Ultimately, this translates to cost savings for each household, and has tremendous impact on the environment through reduced, efficient use of the costly resource, electricity.

A joint study by the Bengaluru-based NGO Technology Informatics Design Endeavour (TIDE) and the research organisation World Resources Institute (WRI) India, focused on this issue. The study attempted to break down electricity consumption and costs, identify interventions for efficient use, and to shift from existing technologies to cleaner ones where possible.

Ten apartments participated in the study

The study assessed electricity use in the common services of apartments. Ten apartment complexes participated in the study, of which nine were over 10-years-old. The complexes were located in North, South and East Bengaluru, and comprised apartment units ranging from 90 to 1500. They had an aggregate connected load of 5.3 MW.

From the initial interaction with the managers and RWAs, it was clear to the study team that having a baseline, i.e., information about the current state of affairs, was the first requirement. The team collected electricity bills from facility managers and RWAs, and compiled an inventory of electrical appliances, their rating and operations through a detailed questionnaire.

The team also did a walk-through of the common areas to validate this data, and to observe behavioural and operational patterns in the use of appliances. Common area lighting, water pumps, Diesel Generator (DG) sets and elevators were some common services covered in the study.

Electricity bills could be much lower

Baseline: With this study, the apartments were able to see for the first time how the connected load and actual consumption were shared between different appliances. This helped prioritise areas for intervention. The most energy was used for pumping, which accounted for 28 to 73 percent of the connected load. Next came elevators which accounted for 13 to 43 percent, and lighting that contributed to 1 to 12 percent of the load.

Higher fixed charges: Many apartments paid high fixed charges due to low utilisation of their sanctioned load. Most apartment builders provide for a higher connected load, assuming more electrical appliances would be installed later. But the load often remains in excess.

Based on a meter-wise analysis, the maximum and average demand over the past year were studied and it was pointed out that excess load could be surrendered. For example, if the sanctioned load was 300 KW, and the average maximum demand was only 200 KW, the apartment can easily surrender 50 KW, thus saving on fixed charges.

Detailed pump and DG audits: The team conducted energy audits of 60 water pumps to understand their current performance and the scope for improving efficiency. DG sets that gave 24/7 power backup were also assessed on the annual diesel consumption, operational parameters and maintenance practices, to optimise their functioning.

The study was concluded with a detailed report to each apartment, capturing the baseline and recommendations. The study also assessed the potential for renewable energy, mainly solar energy.

As part of the recommendations, we identified key best practices along with potential cost savings for each category of electrical appliance. Challenges in conducting the study

The auditing team faced many challenges during the project – difficulty in access, RWAs’ lack of motivation, lack of data, and absence of a market for some services.

The RWAs’ interest in the project varied considerably based on the motivation and awareness levels of individual RWA members. Also, it was not always easy to collect information about electricity use – bills/maintenance details were not available, asset details were not updated, and DG logs were unavailable or misleading. Data is the most important factor in this kind of study since it forms the bedrock for systematic analysis and recommendations.

Also, there is no dedicated market at present for clean, efficient energy services in apartments. For example, there are no market players who take up AMCs for pumps. In case of a faulty pump, you have to either replace the pump or keep rewinding it at the cost of efficiency. The lack of vendors and service providers specifically catering to apartments is a challenge.

Apartments can save on electricity

The study found that each apartment could save 10 to 20 percent of their energy use, through a combination of no-cost, low-cost and investment-based interventions across different appliances. This is a conservative estimate.

The study also established a methodology to assess common areas, to identify saving potential. The team is now working on developing an open source tool that apartments can use to assess and identify steps for energy management in common areas.

Shetty is a happy man now. His apartment was able to save Rs 2.5 lakhs annually (six percent of their annual electricity bill) through just one recommendation in the report – surrendering excess sanctioned load. His RWA has also identified further interventions that would result in another 12 percent savings. It is a win-win situation for him, the association, the residents, not to mention the positive impact on the city and the environment.

This article was first published in Citizen Matters Bangalore, an online magazine reporting on critical local issues, supported and published by Oorvani Foundation. The original article may be read here.