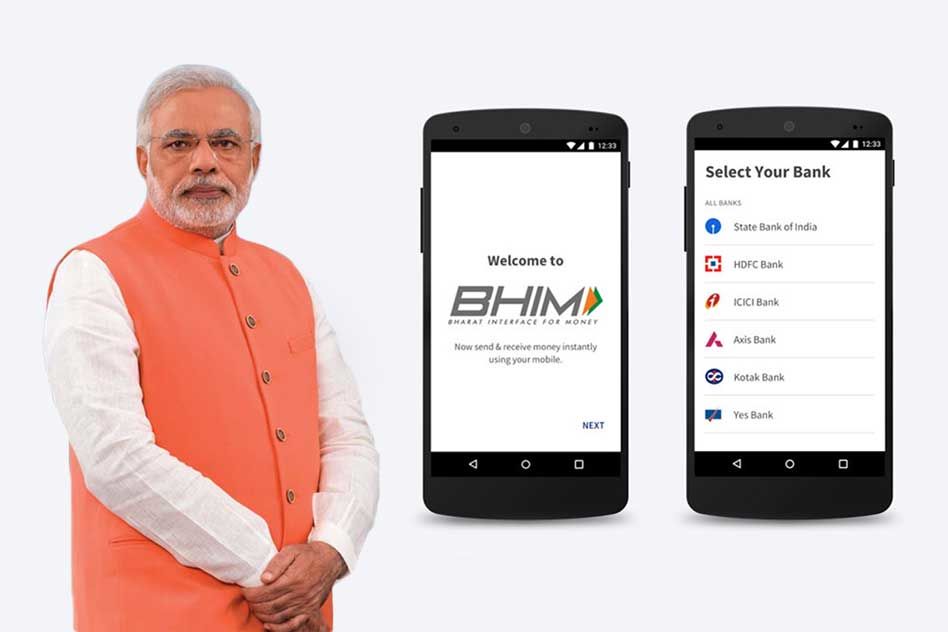 Prime Minister Narendra Modi has launched the BHIM (Bharat Interface for Money) mobile app to make digital payments and transactions easier for citizens. Named after BR Ambedkar, the BHIM app can be downloaded from any Android phone and is a part of the Government’s push towards digital payments following the note demonetization of 8 November.

The Prime Minister launched the new app at Talkatora Stadium, Delhi. “Download it on a smartphone or on a feature phone. It is not necessary to have the internet for this app. In the next two weeks, one more work is being done, which will increase the power of BHIM so much that you would be able to withdraw money even with your fingerprints,” he said at the event.

On starting the app, an SMS will be sent to the user’s registered mobile number for confirmation. After this, a 4-digit passcode will be sent following which the bank user has to choose their bank/s.

Users with accounts in more than one bank can switch between banks within the app. The transaction takes place digitally and within seconds. The payment system works 24/7 on all days of the year. Users can transfer anything between Rs 1 to Rs 20,000 per day, with individual transactions mandated to be within Rs. 10,000.

Also read: RBI Launches UPI, Which Turns Your Smartphone Into Bank. Know About It