25 Out Of 33 Patanjali Ads Were False & Misleading: ASCI

The Advertising Standards Council of India (ASCI) found more than 500 instances of advertisements in electronic media that were making misleading, false, and unsubstantiated claims. ASCI also found that 25 out of 33 advertisements of Patanjali Ayurved violated the ASCI code.

How are Misleading Advertisements dealt?

Section 2 (1) (r) of the existing Consumer Protection Act 1986 states that the practice of making any statement, whether orally or in writing or by visible representation which falsely represents that the goods are of a particular standard, quality, quantity, grade, composition style or model; falsely represents that the services are of a particular standard, quality or grade, falls under unfair trade practices.

The DoCA has recently launched a portal to enable consumers to register Grievances Against Misleading Advertisements (GAMA). After preliminary scrutiny of the grievances registered on the portal, the grievances are forwarded to the State Government concerned or the respective Central Regulator based on the subject matter. Between March 2015 and March 2016, 1046 complaints have been received through the GAMA portal. 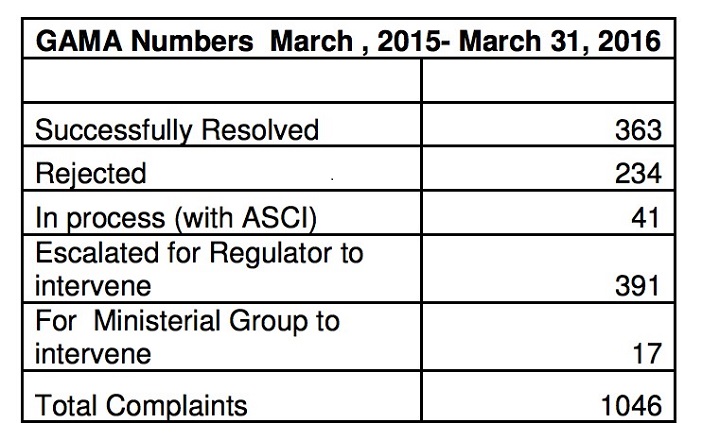 Between 2013 and 2016, a total of 525 advertisements in electronic media were found to be making misleading, false and unsubstantiated claims by ASCI. 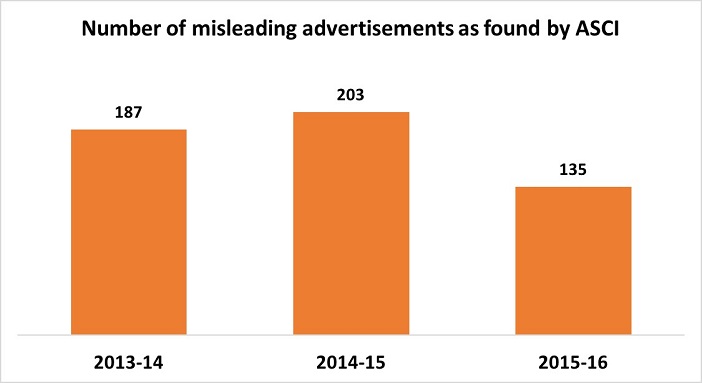 25 advertisements of Patanjali were found to be violating ASCI code

As per data shared by the government in the Lok Sabha, complaints have been received against 33 advertisements of Patanjali Ayurved Limited during April 2015 and July 2016, appearing in various media such as TV, Print and Product packaging and in various sectors such as Food and Beverages, Personal care, Health care etc.

For instance, one of the advertisements about Patanjali Dant Kanti was found to be misleading since there was no scientific data to prove the claims. 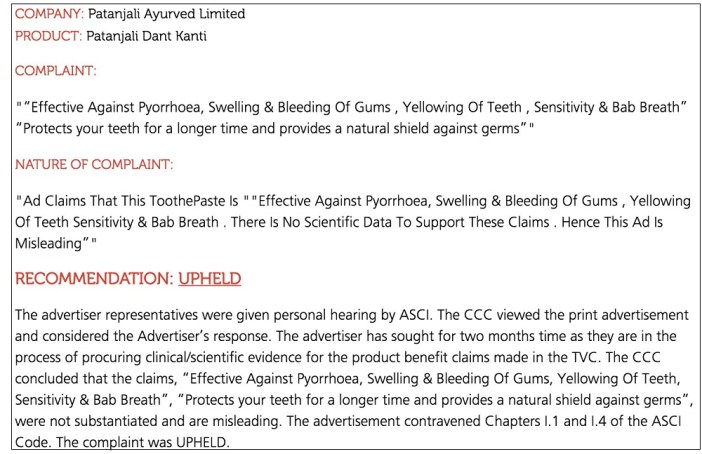 The advertisements of various other companies like Vodafone, Idea, Airtel, Hero Motocorp, Tata Motors, Uber, Loreal, Proctor & Gamble, Hindustan Unilever etc were also found to be violating the ASCI code. As per ASCI data, more than 80% of the advertisers have either withdrawn or modified their ad accordingly after directions from ASCI.