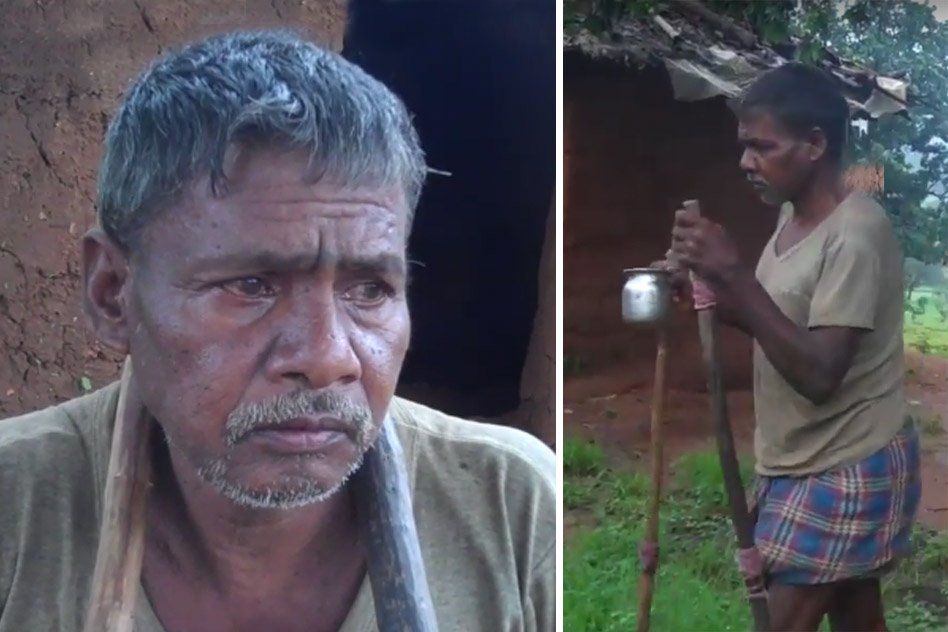 The Village Council Head, Sobitra Nagesh, from Chhattisgarh proudly declares his village is Open-Defecation Free on camera. And one would believe him. But a short walk around the village Bansajhal and conversations with the residents exposes the lie that Sobitra blatantly said on camera.

The most important objective of the Swachh Bharat or Clean India Mission is to end open defecation forever in all villages by 2 October 2019 – the 150th birth anniversary of Mahatma Gandhi. As part of this goal, three states – Sikkim, Himachal Pradesh and Kerala, have ‘achieved’ the Open Defecation Free (ODF) status in the past two years; while four more states — Haryana, Uttarakhand, Gujarat and Punjab are anticipated to achieve the status during the 2017-18 financial year.

Bansajhal’s four households have ‘toilets’, but these are no better than small, cattle sheds. There is no toilet, cesspit or water connection which form the anvil of an ODF village as per the guidelines for ODF Verification by the Union Ministry of Drinking Water and Sanitation. The guidelines also have comprehensive forms for a village survey on parameters such as ‘No sign of open defecation’. But residents confirm that they still resort to open defecation “in the bushes and jungles.”

However, Batauli has already declared one of the 18 development blocks to be ODF-free, and the block’s CEO has even been felicitated for the ‘efforts’ by the Chief Minister Dr Raman Singh.

That the ‘survey’ to declare Bansajhal ODF, was carried out by a team of residents, Anganwadi workers and village representatives, show the lack of supervision and verification to collect national data which would lead to manipulative numbers on paper. Without the proper facility, toilets cannot be utilised for their intended purpose and will be merely reduced to just a number that looks excellent in a formal report. Our network has reported similar cases across India. See the videos here, here and here.

WE, the citizens of India are the contributors to this program through the Swacch Bharat cess of 0.5% that we pay on all taxable services. It is our duty to see that our money is rightfully used. The Logical Indian requests community members to call the District Collector of Sarguja on +91 9424244625 and demand that all the citizens are given proper toilets as prescribed under the SBA- Gramin mission.

This was reported by Video Volunteers Community Correspondent Prakash Gupta reports from Chhatisgarh.